Accessibility links
Postmortem The nurse left work at five o'clock. She had seen the dead woman's husband sitting, near the entrance, under the yellow sign that Doctor Ahmed had hung some months ago. "While You Wait, Meditate." 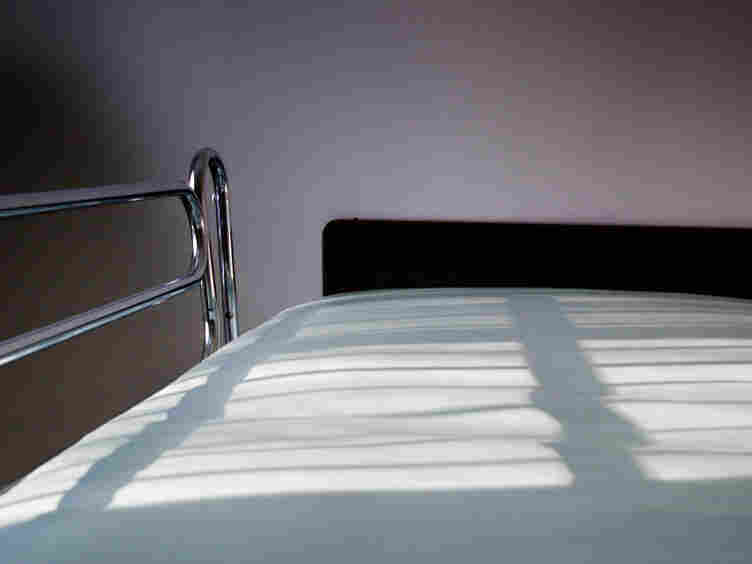 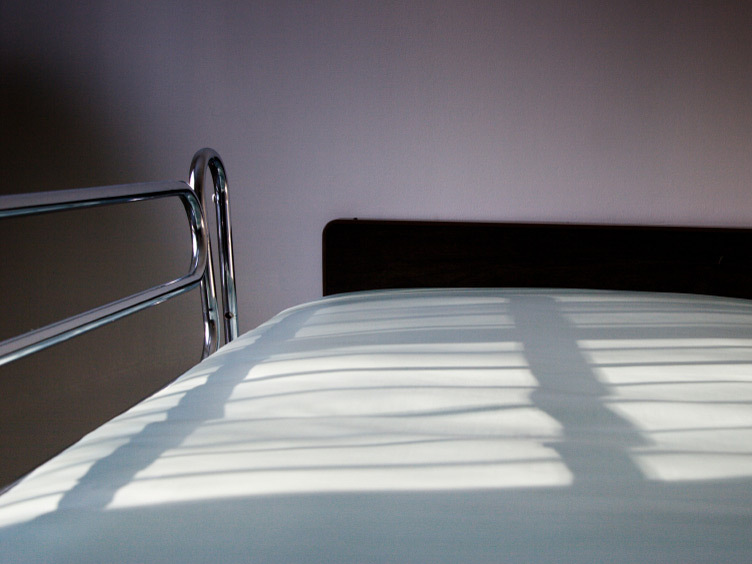 Note to Readers: This entry in our "Three Minute Fiction" contest includes graphic descriptions of the results of violence.

She had seen the dead woman's husband sitting, near the entrance, under the yellow sign that Doctor Ahmed had hung some months ago. "While You Wait, Meditate." He was sitting with his arms crossed, elbows cupped in the palms of his hands and hadn't looked up when she passed him on her way out.

Just before lunch, a convoy had come from the Army camp. A dark-skinned soldier, holding a small rifle in his left hand, threw open the office door and announced the Colonel. Doctor Ahmed had automatically stood up.

The Colonel was plump. He looked calm and extremely clean, the way bullfrogs do, gleaming green and gold in the mud. He put his baton on the table and asked the nurse to leave the office.

When Doctor Ahmed rang his bell, the nurse went back in and was told to get his wife, Zakia, from their home on the top floor. Usually, he just called her on the phone. The nurse hurried up, carrying news of the Colonel.

Doctor Zakia was a pediatrician, good for offering women advice about breast-feeding, but she understood at once why she was to do the postmortem. The soldiers put the stretcher in the operating room and left. When the doctor removed the white sheet, she made a noise and began reciting the Fatiha in a high voice. It was difficult for her to continue the examination — she had a grown-up daughter.

Then the nurse was alone with the young woman for over four hours, cleaning her of the blood and the filth, and then stitching her up. The abdomen and thighs had turned green, but this was expected. There was a pronounced swelling of the tongue and lips.

The nurse wondered whether the body would last till the funeral. If there was a protest, it would take the entire day in the sun for the procession to reach the cemetery.

A year ago, a doctor in the north had revealed that the corpse brought to him was of a woman who had been gang-raped. This was a mistake. The Army put out the story that the woman used to come to the camp for customers and that her husband found out and had probably got her killed.

In the warm and stuffy room, the nurse realized that her teeth were chattering. She stopped and for a long while stared at the back of her gloved hands. Then she turned them over, as if she were praying, and studied the film of dark coagulated matter on her fingers.

There was no slippage and still it was hard work. Doctor Zakia would probably tell the family that the body had been washed thrice. The women would nevertheless insist on doing what was proper. How was she to save them? No one teaches you in nursing school to cover cigarette burns on the body or to stitch torn nipples.

When she finally stepped out of the room she was startled to see a dozen soldiers in the hallway. She met the eye of the one closest to her and flinched, but he was quiet, even shy, like a dog that has brought in a squirrel and dropped it on the carpet.

At six, she was sitting in front of the television in her tiny living room. And there she was, the young woman in her wedding photograph. The newsreader said the body had been found in a ditch after the woman had gone missing for 26 hours. She had been struck sometime at night by a speeding vehicle.