Accessibility links
Adidas, Puma Break From Rivalry For A Day More than 60 years after a feud between brothers Adolf and Rudolf Dassler resulted in the creation of the sportswear companies Adidas and Puma, the two rivals are making peace — for a day. Employees from the companies played on mixed teams to mark International Peace Day. 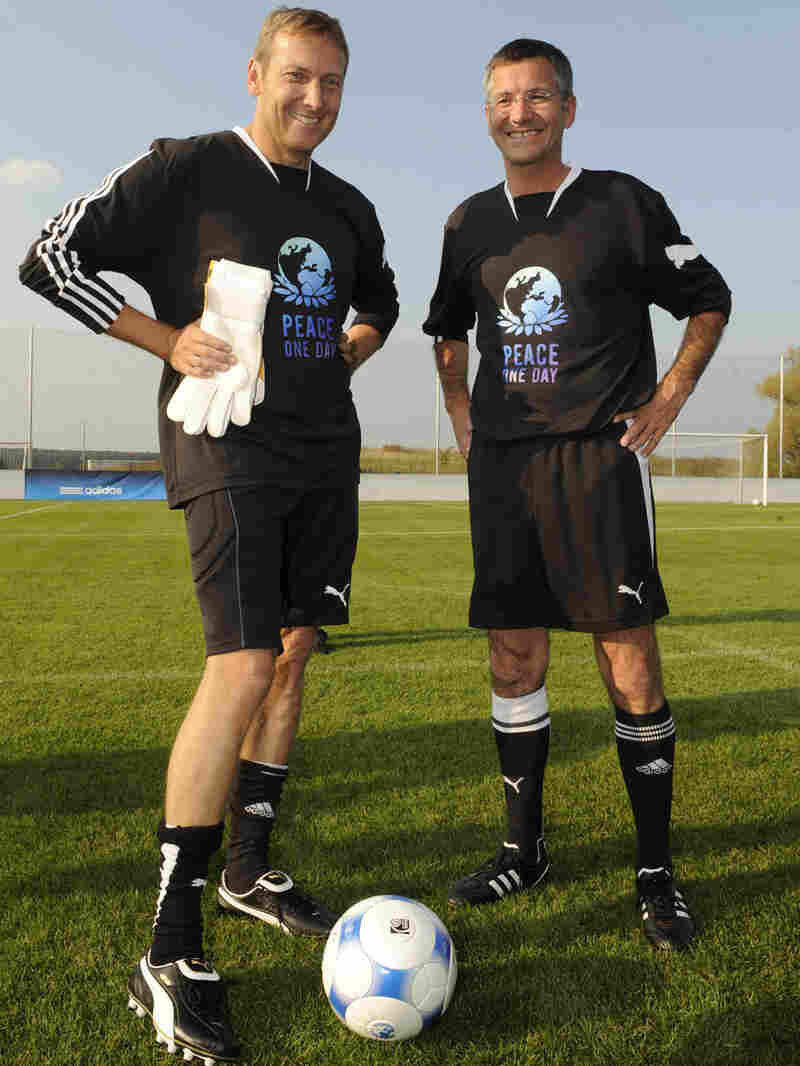 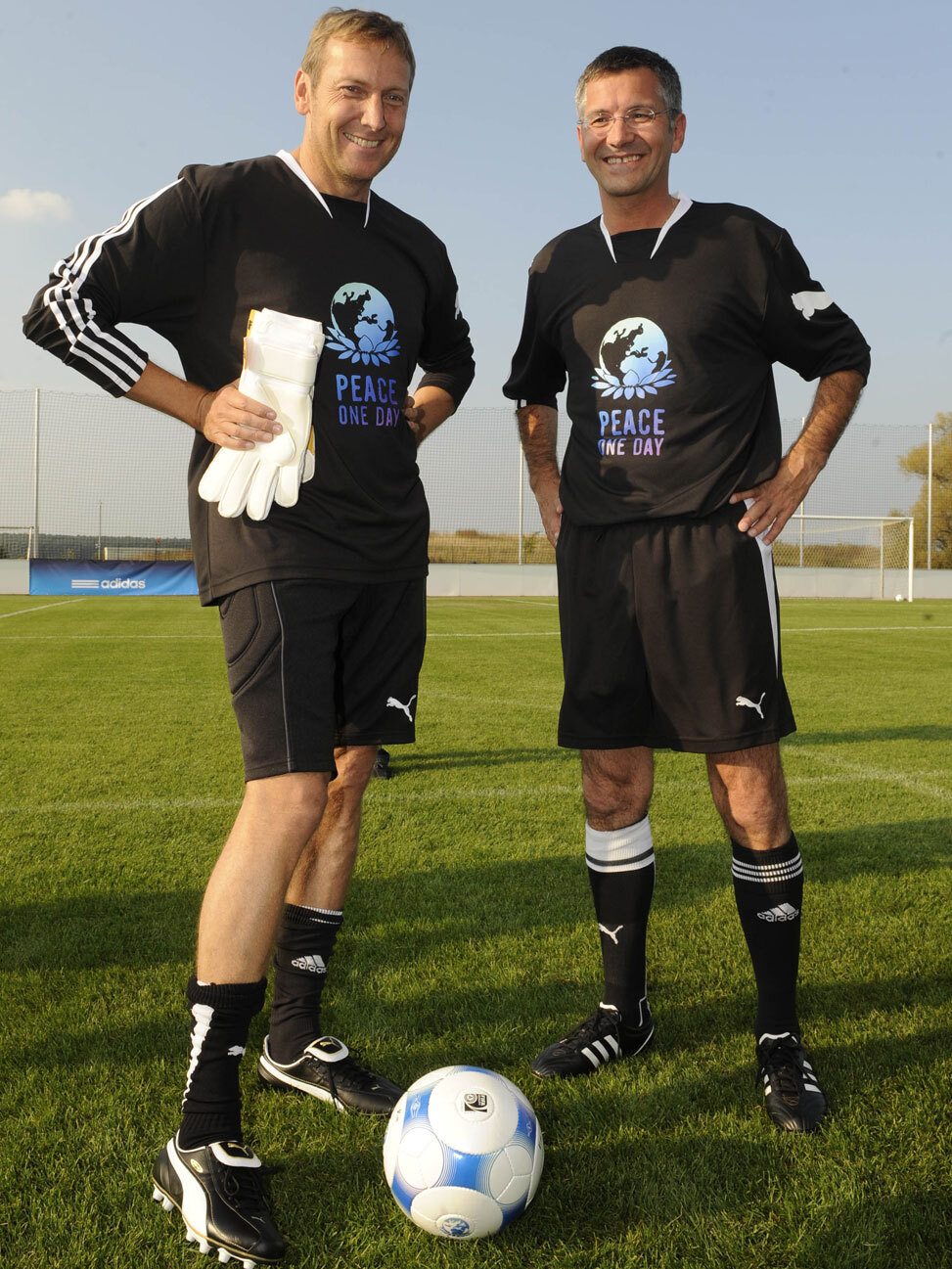 More than 60 years after a feud between brothers Adolf and Rudolf Dassler resulted in the creation of rival sportswear firms Adidas and Puma, the two companies made peace for a day on the soccer pitch.

Employees from both companies played on mixed teams Monday to celebrate International Peace Day. The game was the first joint activity between the two German companies since the brothers had a falling out after World War II.

The brothers founded a shoe company in their mother's laundry room in the town of Herzogenaurach in 1924. Barbara Smit, author of Sneaker Wars, tells NPR's Madeleine Brand that for a while the joint company worked well, but it became quickly apparent that the brothers had different personalities.

"Adolf was really the cobbler. He was the rather quiet man, whereas Rudolf was more outspoken," Smit says.

Send Us Your Photos

Send us a photo of you in your favorite sneakers and tell us why you love them — whatever the brand.

E-mail us your sneaker story at sneakers@npr.org — and attach a photo.

Step 1: If you're not a member yet, join Flickr. It doesn't cost anything, though if you want to use it to share a lot of photos — i.e., hundreds or thousands — you may want to purchase a Pro account.

Step 2: Upload pics you'd like to share and tag them NPRSneakers. (If you're having trouble uploading, consult Flickr's help guide.)

And that's it; you're done.

Tensions arose over the years and came to a boiling point during the war. Rudolf Dassler was sent to the front, and after his return, Smit says, he was picked up by U.S. soldiers and imprisoned for about a year. He became convinced that his imprisonment was orchestrated by his brother.

The brothers split in 1948, and Rudolf Dassler founded the company that would become Puma.

The rivalry, however, helped turn the companies into multinational success stories that transformed the sneaker business.

"If you were an athlete in the '60s or the '70s, it was pretty easy, because all you had to do was go to [Herzogenaurach] and cross the river a couple of times and up the stakes," Smit says. "That's what quite a few people did. The rivalry did contribute to shape sports marketing."

The rivalry also manifested in the town itself, known as Herzo. The town had separate bakers, pubs and schools depending on which company residents supported, Smit says.

"People really had to take sides," Smit says. "They were either Adidas or Puma, and, in fact, Herzo ... became known as the 'town of the bent necks,' because you always looked at people's shoes to see what they were wearing before you struck up a conversation."

Smit says that while Monday's soccer match is unlikely to reunite the companies, it will bring the firms' workers in contact for, in some cases, the first time. Adidas and Puma employees played on mixed teams — and the team that won had both CEOs on it.

"The business rivalry, of course, remains totally intact," she says. "For some of them, it probably will be the first time they're in contact with people from the other side at a personal or sports level."