Accessibility links
Clock Is Ticking On Copenhagen Climate Treaty A treaty that would shift countries away from fossil fuels and toward cleaner energy is supposed to be introduced at the U.N. climate meeting in Copenhagen this December. But experts say time to make a deal is running out. 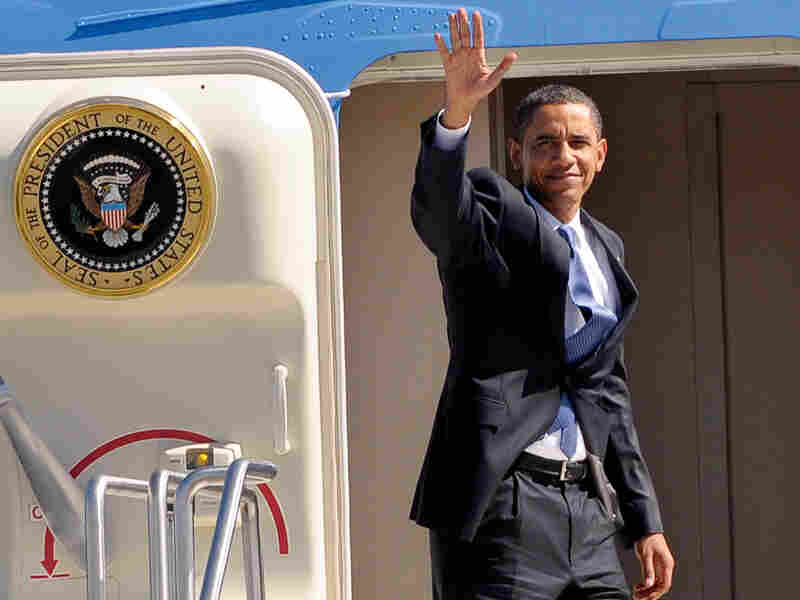 President Obama waves from the doorway of Air Force One on Monday as he prepares to fly to New York for the U.N. General Assembly. Hans Pennink/AP hide caption 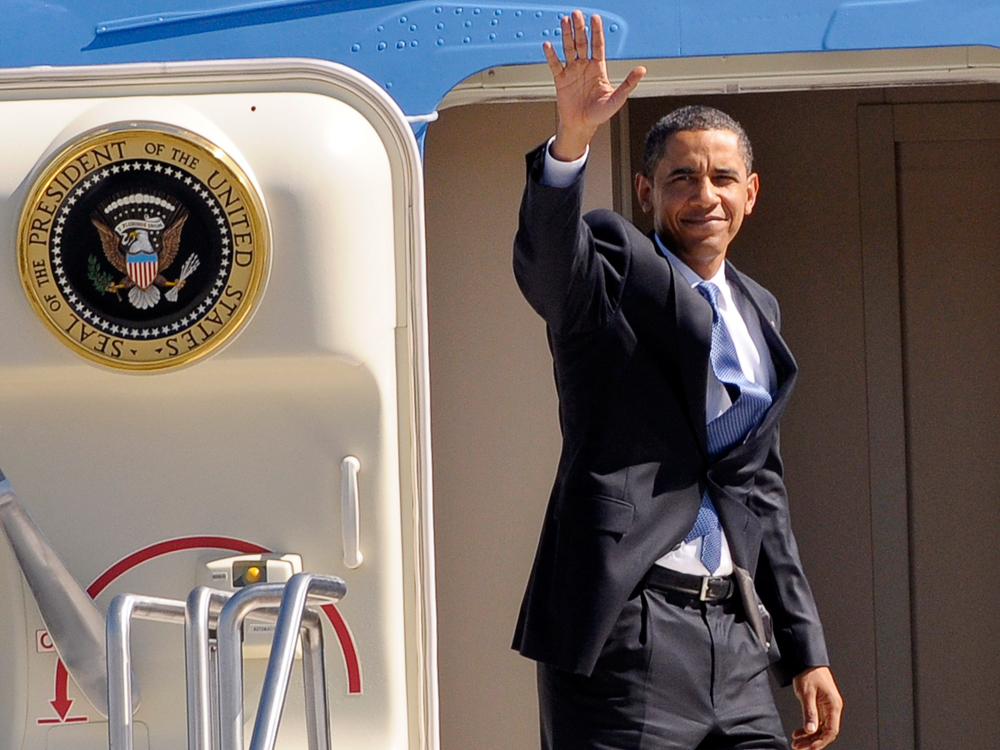 President Obama waves from the doorway of Air Force One on Monday as he prepares to fly to New York for the U.N. General Assembly.

On Tuesday, President Obama will join the leaders of 90 other countries at the United Nations for a meeting that's supposed to be a pep rally for action on climate change.

U.N. Secretary-General Ban Ki-moon called the meeting to pump up enthusiasm for a climate treaty that's in deep trouble. It's supposed to be completed in December at a meeting in Copenhagen.

But it's nowhere close. That's fundamentally because climate change is a hard problem. An effective treaty would eventually require the global economy to change directions entirely, with a shift away from fossil fuels and toward cleaner sources of energy.

There's at least serious talk about starting that transition. The United States is a key player, and the House of Representatives passed a bill that is intended to move in that direction. But the issue is stalled in the Senate.

Jason Grumet at the Bipartisan Policy Center said there are three main reasons for that: "The global recession; the extent to which the health care debate has now really crowded out all other political activity; and the deep mistrust that people in Congress and across our country now have about market-based approaches to problem solving."

The idea of creating vast new markets to buy and sell carbon emissions suddenly sounds like not such a great idea, since exotic markets in bundled mortgages nearly led to economic collapse a year ago. Grumet said that, given time, there are ways to solve these problems.

"The real question, though, is getting beyond the vitriol that's now marking our larger political discussion," he said. "Because if that remains, I think we're going to find ourselves not making progress on any of the important issues facing the country."

Congress needs to agree on a domestic climate policy before the Obama administration can negotiate a credible international deal. And it's looking like there simply won't be enough time to come up with a climate bill before December, when the next climate treaty is supposed to be negotiated in Copenhagen.

"But the U.S. isn't the only problem," said Kelly Sims Gallagher at Tufts University. China is also an impediment. The Chinese government is demanding that the industrialized world make drastic cuts in its emissions before China agrees to reduce its own. Gallagher says this is not helpful, "but we have to understand China's stance as a negotiation position right now."

Countries often talk tough as a deadline approaches. But Sims says time is up. The United States and China, which are by far the two biggest contributors to global warming, need to sit down together and start getting serious.

"If they don't start doing that this week, it's hard to imagine being able to have enough time to get through all the contentious issues and come out of Copenhagen with an agreement."

If you ask David Victor at the University of California, San Diego about the prospects of a deal by December, his assessment is, "They're looking pretty bad."

Some Call For 'Plan B'

The lack of U.S. domestic legislation is a big blow. So is the global economy. Rich countries don't have much money to offer the developing world, and money is what developing countries expect from these talks. They are likely to bear the brunt of environmental disruption caused by climate change.

Victor is among a rising chorus of voices calling for a "Plan B."

"I think what needs to happen between now and Copenhagen is the diplomats need to sift through the huge list of issues on which they can't agree, and find a small list of items where they can agree," Victor said.

For example, put the promises countries have already made in writing, so they don't back away from them. "And then develop a very distinct game plan for the two or three years following the Copenhagen process," he suggested.

But don't expect them to negotiate global emissions reductions targets.

Victor said the worst-case scenario would be if nations lower their expectations for Copenhagen so much that nothing happens, yet everyone declares victory and goes home.