Accessibility links
The Soft Stuff The nurse left work at five o'clock. Mr. Sertane could hear the rubber shoes' squeaks as they passed in the linoleum hallway every night and the hydraulic door's slow hiss as it closed shut. 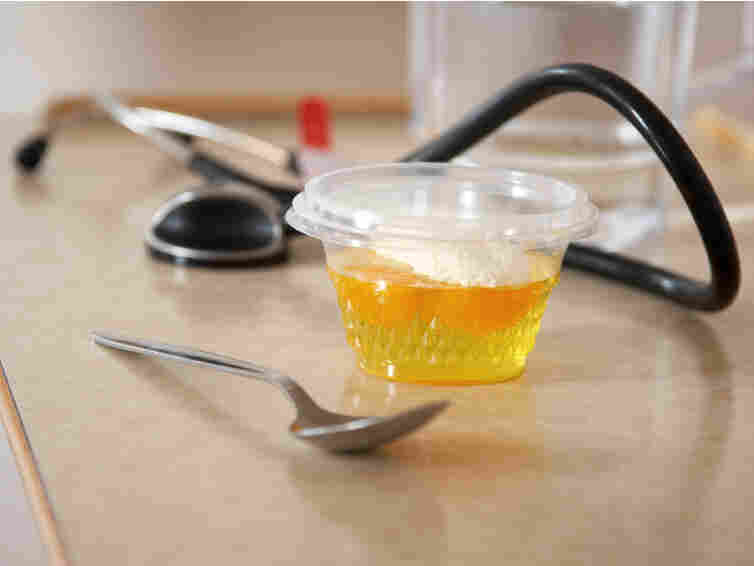 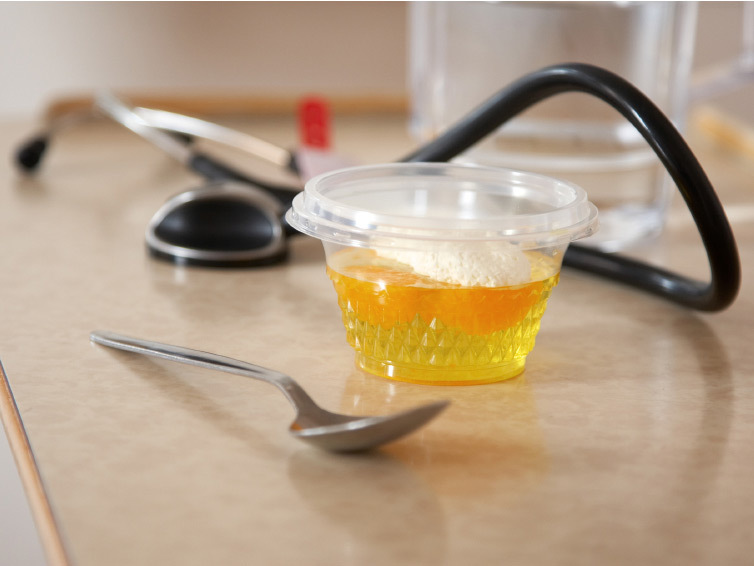 The nurse left work at five o'clock. Mr. Sertane could hear the rubber shoes' squeaks as they passed in the linoleum hallway every night and the hydraulic door's slow hiss as it closed shut. He didn't like the night or weekend nurses; they treated him like he was five again. He hated being patronized.

The other ward sounds were predictable: electronic machines bleeping and blipping, telephones ringing, and people chattering who no longer hurry for anything. He almost missed intensive care, where at least the men and women in scrubs and lab coats pretended that purpose hopped on their shoulders. Here the sounds were so mundane that he could make out the creaking of the food cart long before he could smell or taste it. He was down to the soft stuff now.

Daniel, the one nurse he liked, would return at 7:45. For now, someone else spooned the tasteless lumps into his mouth. She droned on about other nurses and the rooms' untidiness. Mr. Sertane could feel the rough white sheet scraping the bottoms of his forearms — that same cotton whined when she jostled him from one position to another. He cursed her in silence.

Mr. Sertane's daughter, Olivia, had hung silk copper-colored drapes over the institutional window even though he could not see them. The window, of course, never opened, and no moving air ever blew over the fabric to let Mr. Sertane hear them waving. But she had told him they were there, and he could imagine that they looked like the awning on his favorite deli in the city, or at least the way it looked when it was new — long before it turned into a green patina. He liked that silk could be imagined as metal.

When the nurse finished feeding him, she told him that someone would read to him. Mr. Sertane wasn't listening closely, and he missed who she said would read. So, when he felt someone stroke his hand, he didn't know if he should pull away or grip the fingers gently. He opted to feign sleep until he could hear the voice and piece back together. It was not, as he had hoped, Daniel. Sometimes sleep came unannounced, and Daniel would be there before Mr. Sertane expected him. This was a female voice, not his daughter or dead wife (he sometimes heard her still — not a ghost, he decided, but memories). The voice began reading Robinson Crusoe where the last reader had stopped, and he endured page after page of descriptions of shelf building, fences, and crops. Mr. Sertane had not remembered that Friday did not appear until so late in the book. It seemed that Crusoe was on the island by himself much longer than any normal man could endure. Defoe, Mr. Sertane thought, had obviously exaggerated whatever the truth had been.

When he drifted to dreams, Crusoe stood in the cave's mouth with broad shoulders and looked out over his island with a sense of satisfaction that felt alien to Mr. Sertane. He admired the man as he admired his accomplishments. The silence was only broken by the cry of goats and the wind tossing crops. Every day passing brought him nearer to the end of solitude.

When Daniel returned to Mr. Sertane's room with a breakfast tray, he wondered why he had chosen nursing. He looked at the old blind man in the bed and suppressed his revulsion. The old man smiled when Daniel gave him his first spoonful.