Accessibility links
Tommy Lasorda Looks Back On Baseball Dreams A life-size portrait of former Los Angeles Dodgers manager Tommy Lasorda was unveiled at the National Portrait Gallery in Washington, D.C., on Tuesday — his 82nd birthday. Lasorda tells NPR he never reached the level he thought he would reach as a player. 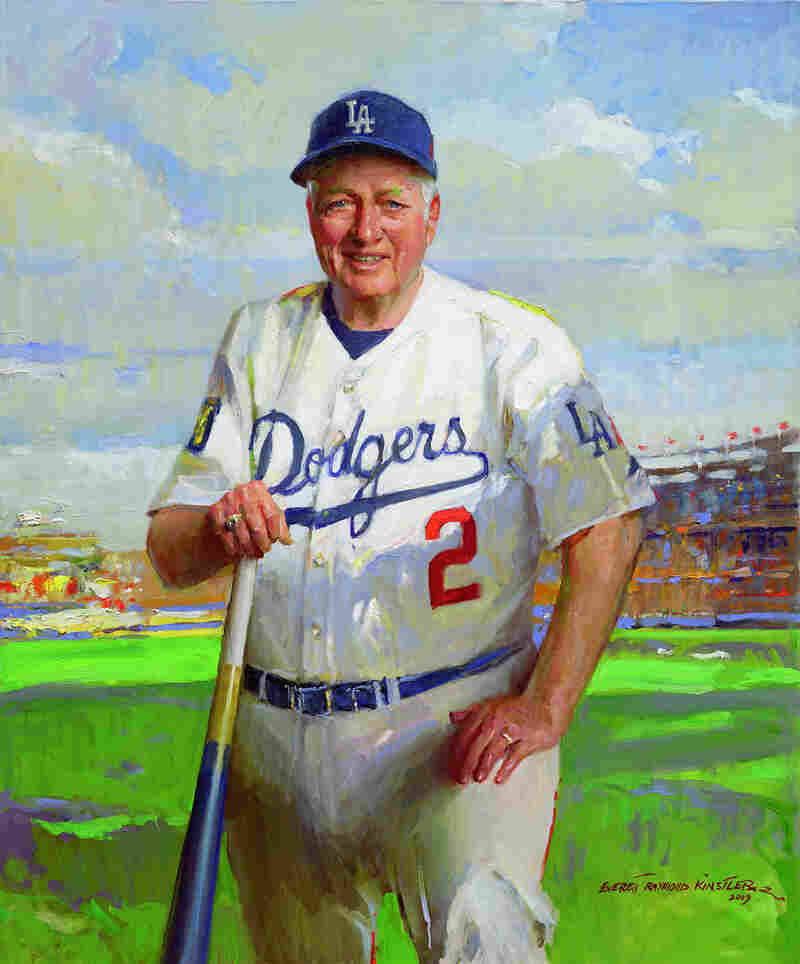 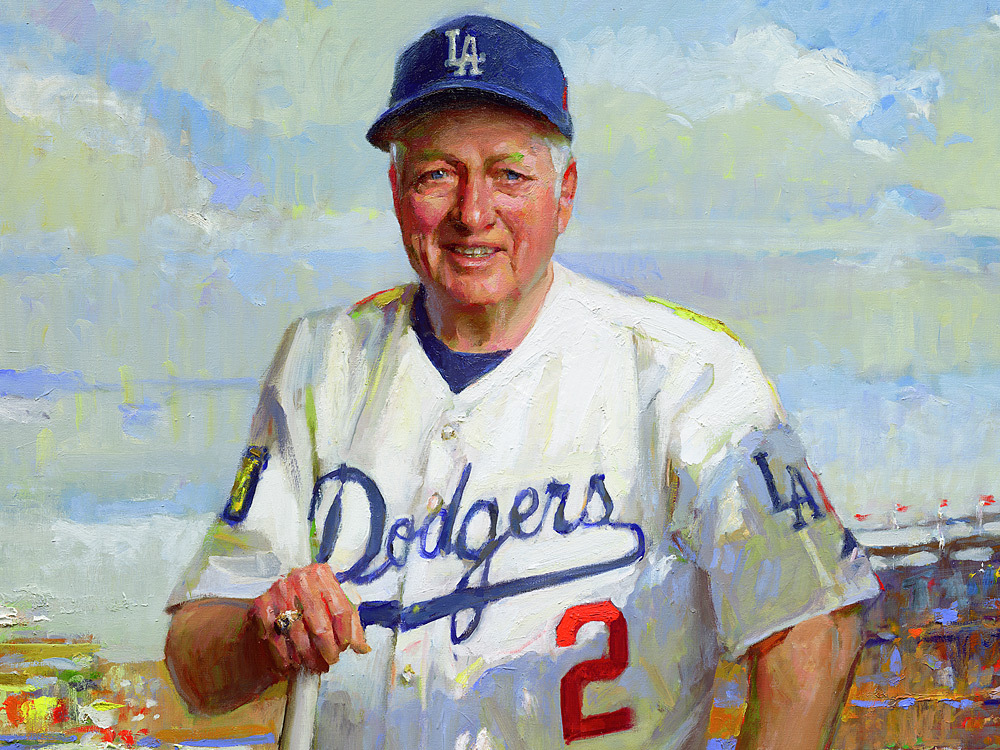 A life-size portrait of Tommy Lasorda was unveiled Tuesday at the National Portrait Gallery in Washington, D.C., on Lasorda's 82nd birthday. Lasorda, who was there for the occasion, called the honor "unbelievable."

In 1945, an 18-year-old left-handed pitcher from Norristown, Pa., signed a baseball contract. It took him until 1954 to make it to the majors — and when he did, he was there for bits of three seasons, just 26 games. His career record? Zero wins, four losses.

On Tuesday, that pitcher — Tommy Lasorda — was at the National Portrait Gallery of the Smithsonian Institution in Washington, D.C., staring at a life-size portrait of him by artist Everett Raymond Kinstler. It was unveiled on Lasorda's 82nd birthday.

"It's amazing, you know. A lot of great, wonderful things happened to me, but to have something like this happen is just unbelievable," Lasorda told NPR's Robert Siegel.

Of course, Lasorda didn't get to the Smithsonian — or to baseball's Hall of Fame, for that matter — on the strength of his curveball. He has spent 60 years in the Los Angeles Dodgers organization, 20 of them as manager: eight division titles, four pennants, two World Series championships.

But Lasorda didn't grow up dreaming of being a great big-league manager. He dreamed of playing.

"When I was 15 years old, I used to actually dream I was pitching in Yankee Stadium. Bill Dickey was my catcher. I looked over at Lou Gehrig at first. Right field was Babe Ruth, and center field was [Joe] DiMaggio. And then all of sudden I'd feel my mom shaking me and saying, 'Wake up Tommy, it's time for you to go to school.' I'd say, 'Why did my mom wake me up, it was so real.' Then I was warming up in the bullpen in Yankee Stadium [for real] and they called me in to pitch to Yogi Berra. And I said I'd been here many times, but in my dreams."

I never reached the level that I thought I would reach as a player. But that's the way it goes.

Lasorda says he pitched Berra out. And that was Lasorda's ultimate goal, he says — to continue to pitch in the big leagues.

"I started in the lowest league in baseball, and I worked my way all the way up to Triple A and then to the big leagues," Lasorda says. "I never reached the level that I thought I would reach as a player. But that's the way it goes. So then I started from the bottom as a manager, and I worked my way up to managing the Dodgers for 20 years."

Had he not been with the Dodgers — a great organization in the '40s and '50s — there might have been room for Lasorda to play in the majors. But Lasorda says his career path opened other doors.

"You know, we're all put here for a reason," he says. "And one little movement changes your way of life. For example, leaving spring training. I was on the Pueblo [Colo.] roster. And I went to the farm director, Fresco Thompson, I told him I'd like to go Greenville [S.C.] — same classification. And he OK'd it. Now if I didn't go to Greenville, I would never have met my wife. Changed my whole life."