Accessibility links
For Juliette Binoche, September Is Multimedia Month After baring her soul on dance stages, movie screens and gallery walls all over New York, the Oscar-winning actress can officially say that — artistically speaking — she's pretty much done it all. 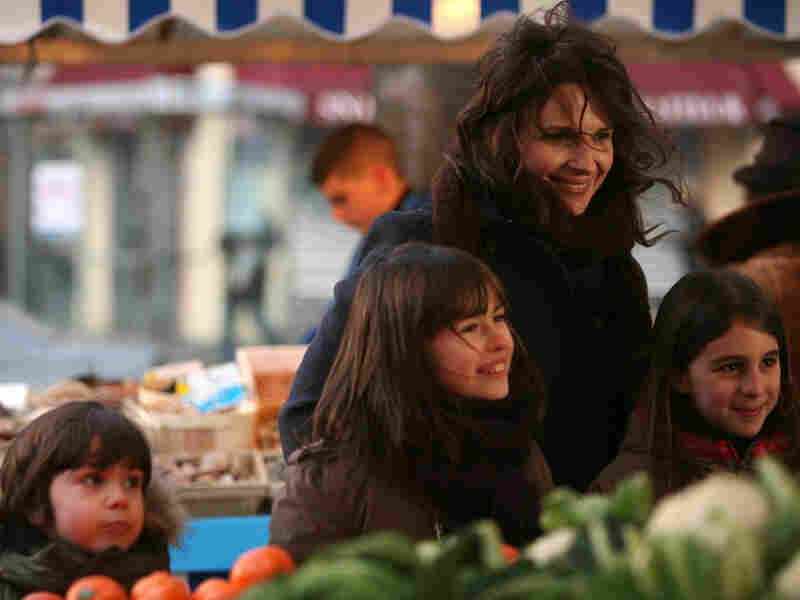 Juliette Binoche's latest U.S. movie release is Paris, a fantasia on the city inspired in part by Alfred Hitchcock's Rear Window. Binoche plays the caregiver sister of a former dancer, now ailing and confined to his apartment, from which he watches the city waltz by his window. IFC Films hide caption 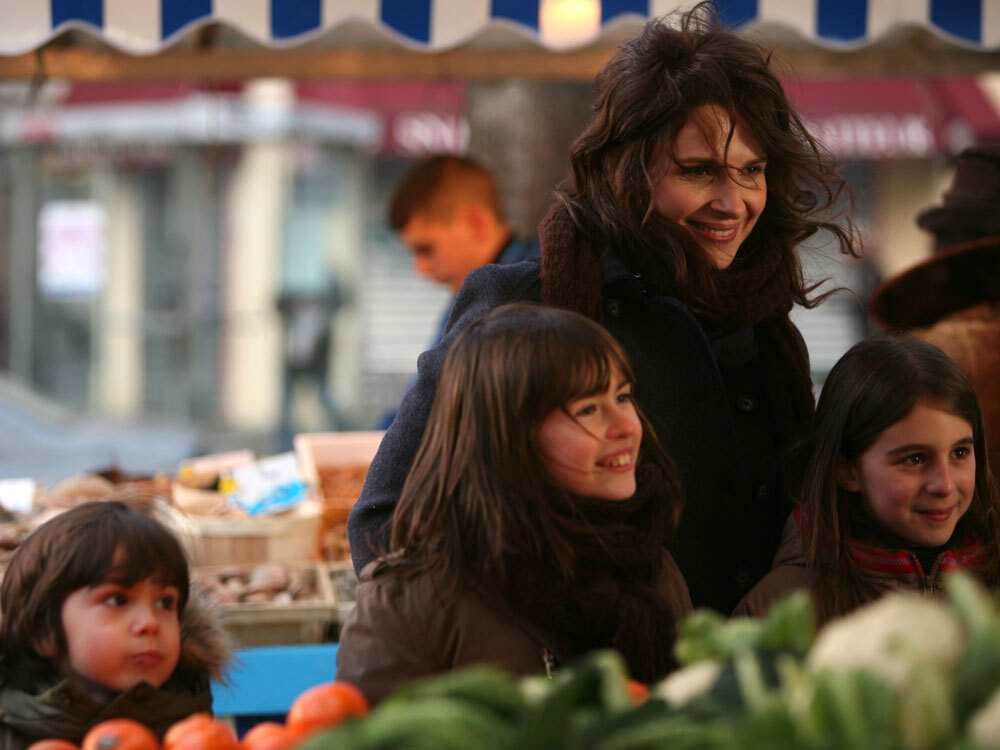 Juliette Binoche's latest U.S. movie release is Paris, a fantasia on the city inspired in part by Alfred Hitchcock's Rear Window. Binoche plays the caregiver sister of a former dancer, now ailing and confined to his apartment, from which he watches the city waltz by his window.

How busy are you this month? Here's what the French actress Juliette Binoche has on her calendar for September:

She's showing her paintings (did you know she paints?) alongside her poems (yes, she writes poems, too) in a gallery exhibition on Fifth Avenue.

The Oscar winner is the subject of a film retrospective, too, with films from Mauvais Sang to Lovers On the Bridge to Summer Hours to The English Patient screening in conjunction with that dance project.

And she's on art-house screens again, in Paris, a 2008 French film that's just opened in the United States. Binoche plays a single mother who moves in with her ailing brother to care for him.

That's one prodigiously multimedia month. But then Binoche, it turns out, is a creative powerhouse.

"I was born with a lot of energy," the 45-year-old tells Robert Siegel. "But of course you've got to put your energy somewhere, to be creative."

For the past two years, Binoche has put much of that energy into dance. A fortuitous discussion with her masseuse inspired her collaboration with Akram Khan on her first dance piece, In-I. It's likely, she says, to be her last.

"Because I started to dance at 43," Binoche says. "And I like challenges. ... [But] it's usually the time that dancers quit."

Thus began a creative snowball of a journey: Gearing up for a world tour of that dance program — including stops in China, Japan, Australia and Europe — Binoche started to think about her other collaborations with artists from all over.

"I was privileged enough to work with a lot of different directors coming from different worlds," she says. "That was really my vision when I started as an actress at 18 — I wanted to work with many different minds and visionary people."

Seeking to celebrate those influences — and wanting to participate actively in the otherwise passive process of the film retrospectives being staged alongside In-I — Binoche began writing poems inspired by her experiences making various movies. And painting portraits of the directors she's worked with. Self-portraits, too — often showing her in character, reflecting how she's changed from film to film.

"It's a medium that fascinates me," she says. And it's a medium that's intertwined, for her, with the other ones she's working in. She played an artist in Lovers on the Bridge, and she first showed her paintings in the 1990s.

"And I'd say that as I paint, I'm dancing on the paper, and as I'm dancing onstage, I'm drawing in the space," she says. "So it depends on how you see things."

The way she sees things in her current gallery exhibition represents a singular take on the self-portrait: In-Eyes is a collection of 29 triptychs, each comprising a character self-portrait, a portrait of that film's director, and a poem. The exhibition runs through Oct. 9 at one of the French Embassy's cultural outposts in New York; the last performance of In-I is Sept. 26 at BAM, aka the Brooklyn Academy of Music.

"I have to say that I do mind, of course" she says. "Because I'm human, and of course I want to be loved, like any human being. At the same time, I know that I'm plunging into it, and sometimes people like it, sometimes people don't get it. So that's OK — that's part of it."

And she's learned to forgive herself. She and Khan remounted In-I in Brooklyn after a five-month hiatus — with just three days of rehearsal.

"Can you imagine?" she laughs. "So I give a little pat on my shoulder, and say 'OK, Juliette, it may be not the best performance ever, but you didn't break your knees. You didn't break your ankles, you're still alive, you went through it, and it's OK.'

"You've got to be a little huggy with yourself," she laughs. "Otherwise, life is too tough."