Accessibility links
Obama: Action On Climate Change Needed President Obama said Tuesday the U.S. was determined to act on climate change, but did not offer any specific proposals on how the country would do so. His comments came at the opening of the U.N. climate summit.

President Obama said Tuesday the U.S. was determined to act on climate change, but did not offer any specific proposals on how the country would do so. His comments came at the opening of the U.N. climate summit.

There were hopes that President Obama would signal big changes today in the way the U.S. deals with climate change. That's what many leaders from other developed nations were hoping for. Joining us now to talk about international reaction to Mr. Obama's speech is NPR's Richard Harris. Hi, Richard.

HARRIS: Well, Mr. Obama is very popular and he got a nice, warm round of applause when he was done. I think he scored points for fully acknowledging that global warming is a huge and serious issue. But there was a lot of frustration that he didn't say more, that he didn't put something new on the table in a big way from the United States. I listened to France's President Nicolas Sarkozy who gave one of the speeches later on and he even sounded angry. In his speech he even referred to empty speeches. He didn't mention Mr. Obama per se but his frustration level at the pace of climate talks was clearly just through the roof.

SIEGEL: Well, what would the Europeans actually have wanted President Obama to say?

HARRIS: So Mr. Obama's strategy is try to get domestic climate legislation through the Senate first to find out what the Senate is willing to stand behind and then bring them climate legislation. So the timing is very unfortunate in terms of the global climate talks, but he doesn't want to end up where we were after Kyoto in 1997.

SIEGEL: And what's been heard from China, which actually produces even more emissions than the U.S. does?

HARRIS: But President Hu Jintao did not make any promises really regarding an international deal. And so it doesn't seem like what he said would really break the logjam that we're seeing in the current climate talks.

SIEGEL: Any other interesting speakers from other parts of the world?

SIEGEL: Richard, this is all in preparation for the climate talks in December in Copenhagen, and does today at the U.N. give you any indication of what's likely to happen there in December?

HARRIS: Well, I think that it's pretty clear that there's not going to be an enormous breakthrough that will make Copenhagen a resounding success in the terms that people are all hoping for. I mean, the countries of the world are in agreement that there should be a climate treaty, that we need to do something about global warming. The issue is that they're on an extremely tight deadline to make things happen in Copenhagen. It doesn't seem as though they're going to make an enormous amount of progress between now and December. 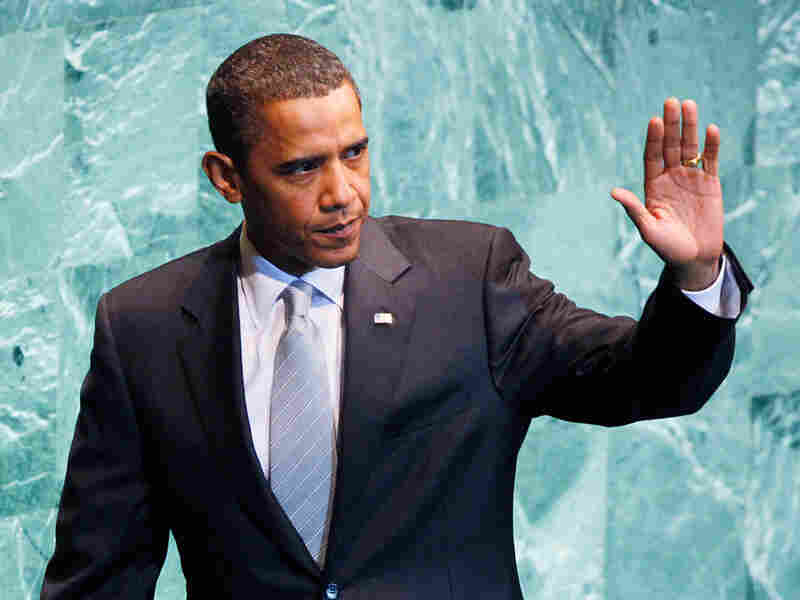 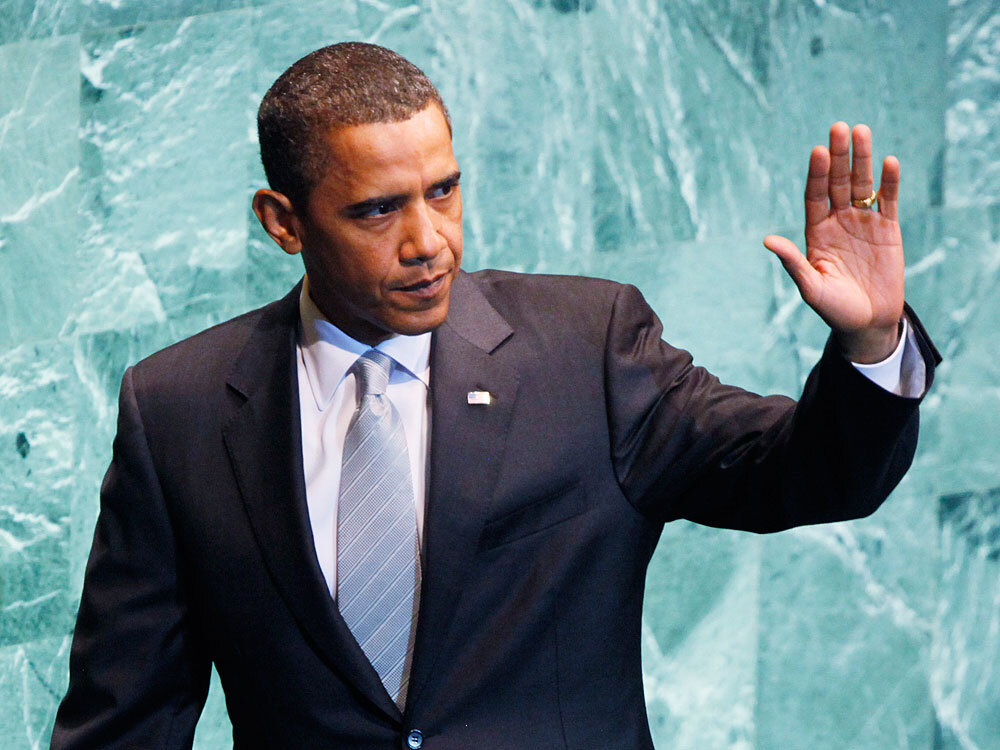 President Obama warned the United Nations on Tuesday that there is no time to waste in addressing the problem of climate change, and that a lack of global action now would be judged harshly by history.

The president, addressing a U.N. summit on climate change in New York, said his administration has made the "largest ever" American investment in renewable energy and urged other nations, both rich and poor, to rise to the challenge.

"The journey is hard, and we don't have much time left to make it," Obama said. "Our generation's response to this challenge will be judged by history."

Obama acknowledged that pursuing costly environmental cleanup is difficult at a time when the world is trying to recover from a recession, but he said it has to be done.

"All of us will face doubts and difficulties in our own capitals as we try to reach a lasting solution to the climate challenge," he said. "But difficulty is no excuse for complacency."

Obama's speech comes ahead of crucial talks in Copenhagen in December, where nations will try to reach a new global climate change treaty.

"We understand the gravity of the climate threat. We are determined to act," Obama said. "And we will meet our responsibility to future generations."

As the world's largest emitter of greenhouse gases, the United States is being closely watched by nations such as China and India to see if it will push through clean-energy mandates at home.

The U.S. House passed a bill this summer that would set the first mandatory limits on greenhouse gases, but it has gotten bogged down in the Senate.

"The science leaves us with no room for inaction now," he said.

In the past, developing nations such as India have been reluctant to sign on to caps on greenhouse gas emissions, saying they should not be forced to curb their growth because of a problem that started with the U.S. and other economic giants.

Obama said the world "cannot allow the old divisions that have characterized the debate."

His speech was the beginning of a marathon day of international diplomacy, including a meeting with Chinese President Hu Jintao, a luncheon for sub-Saharan African leaders and a key address to former President Bill Clinton's Global Initiative.

On the sidelines of the U.N. meeting, Obama also met with Israeli Prime Minister Benjamin Netanyahu and Palestinian President Mahmoud Abbas, presiding over a symbolic handshake between the two leaders. Following their late morning meeting, the U.S. president said it was "past time to start talking about starting negotiations" on an Israeli-Palestinian peace.

Obama said the Israelis "need to translate discussions into real action" on the issue of Jewish settlements and for the Palestinians to do more to insure security and end violence.

Later this week, climate change will again be on the agenda at the G-20 summit in Pittsburgh.