Accessibility links
Some U.S. Scholars Skip Talks With Iran's Leader During his visits to New York for United Nations meetings, Iranian President Mahmoud Ahmadinejad has set aside time to meet with a group of academics. This year, one says he doesn't want any contact with the Iranian leader, while another says he feels he has an obligation to listen if he wants to understand Iran. 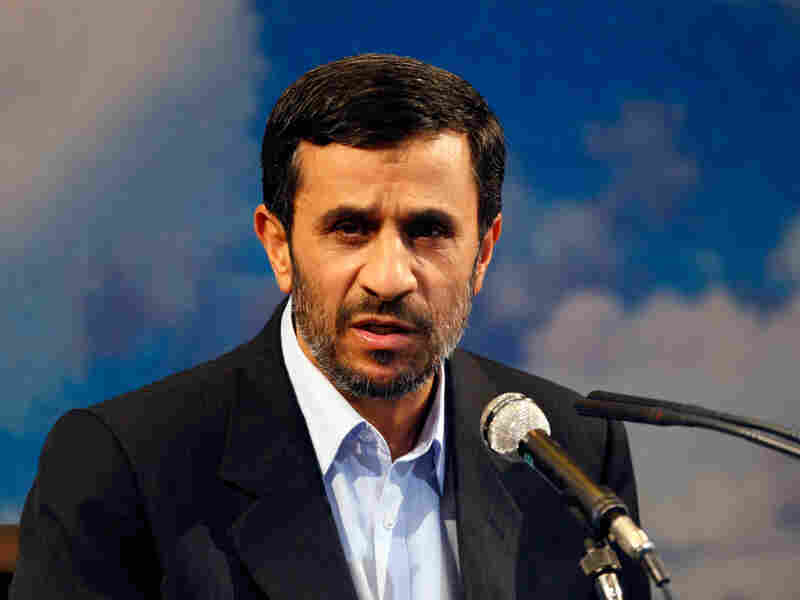 Iranian President Mahmoud Ahmadinejad speaks with the media in Tehran on Sept. 7. Ahmadinejad plans to visit with U.S. academics while in New York for a United Nations meeting. Vahid Salemi/AP hide caption 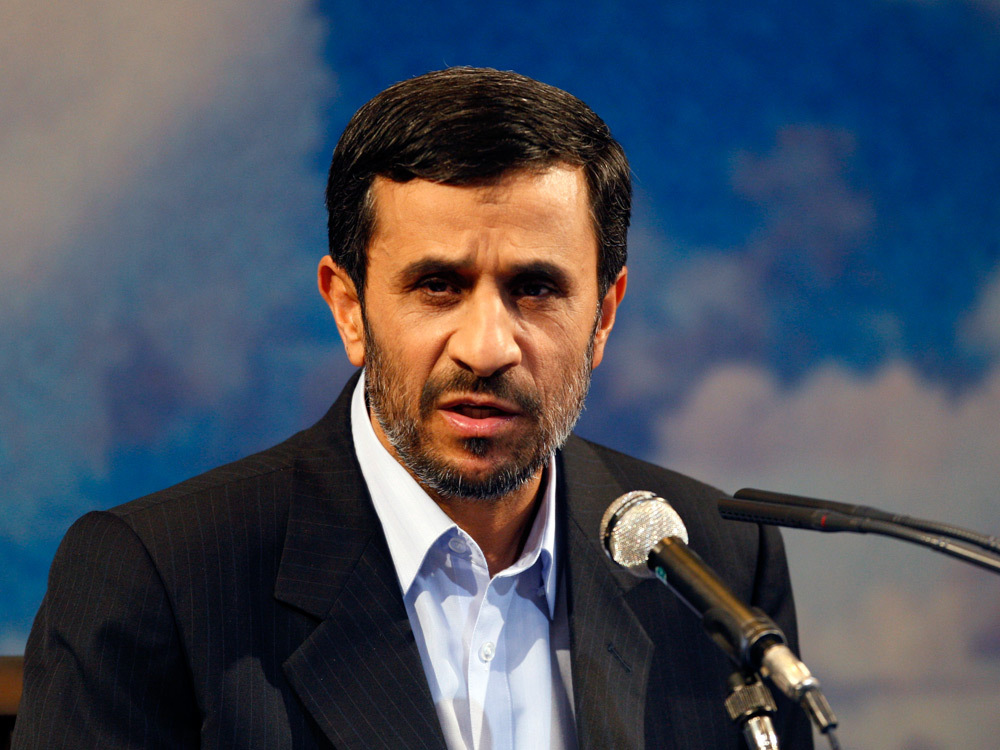 Iranian President Mahmoud Ahmadinejad speaks with the media in Tehran on Sept. 7. Ahmadinejad plans to visit with U.S. academics while in New York for a United Nations meeting.

After President Obama addresses the United Nations General Assembly on Wednesday morning, the podium will be turned over in the evening to Iranian leader Mahmoud Ahmadinejad.

Ahmadinejad has been coming to New York for the annual gathering for several years now, and he is always met with protests. This year, those protests are stronger than ever following Iran's disputed presidential election in June and a harsh government crackdown on the opposition.

Some academics who normally meet with Ahmadinejad say they don't plan to have any contact with the Iranian leader.

The Iranian president generally sets aside several hours while he is in New York to meet with a group of academics. Columbia University professor Gary Sick — who was once a White House adviser on Iran — has gone for the past three years. This time, he made clear he wasn't interested — and, in the end, he wasn't invited anyway.

"My view is that Ahmadinejad is not really in charge of anything," Sick says. "I've concluded that talking to him is like talking to a wall."

Sick recalled his last run-in with Ahmadinejad, when the Columbia University professor raised concern about scholars who were languishing in Iranian jails.

"I said to him, you know, 'If you were not the president of Iran but you were a professor at Tehran University, and you were here meeting with precisely the group that is assembled around this table ... you would be subject to arrest when you went back to Iran,' " Sick recalls. "And again he just laughed it off and said, 'Oh, people go back and forth all the time, there's no problem about that.' Well, the reality is that there were people in jail at that moment being held for no other reason than that."

And this year it's even worse, says Sick, who knows several Iranians jailed in the wake of disputed presidential elections.

Iranian reformists claim widespread fraud robbed opposition leader Mir Hossein Mousavi of victory and re-elected Ahmadinejad. Tens of thousands of protesters in the streets denounced the election results, causing a crackdown that led to the arrest and detention of hundreds of Iranians.

"So I could go and say that to him, I mean that would be one possibility, but I've done that. I've done that several times now, and in each case not only was there no action on his part but there was no indication that he even cared," Sick says.

'Goes With The Territory'

Jim Walsh, a scholar at the Massachusetts Institute of Technology, plans to meet Ahmadinejad this week and raise concerns about the jailed dissidents.

"I'm going to say: In past events, you've encouraged us scholars to meet with our Iranian counterparts, to exchange ideas, and then when we follow that advice, they get arrested and get accused of being part of a velvet revolution. How is that ethical, how is that logical — two words that are important in Iranian culture. How can you encourage us to do that and then turn around and arrest the very people who are our friends and who have done nothing wrong?" Walsh says.

Walsh says he is not expecting to break any new ground with the Iranian leader on this point, but he feels it is important for him as a scholar to at least get a sense of Ahmadinejad's thinking, especially on the nuclear issue.

"One year he was very combative; another year he was sort of professorial. There have been slight changes in his positions over time. So here we have a big event, the June 12 election, so this could be a very important point — it is an important point — in Iran's history. And for folks like me who study and write about Iran, it would seem to be important to show up and listen to this guy to see what, if anything, has changed in his behavior over the past year," Walsh says.

Accepting the invitation, he says, is a personal decision, but Walsh says he feels he has an obligation to listen if he wants to understand Iran.