Accessibility links
High-Tech Solutions To Help Deter Driver Texting Texting while driving is so dangerous, many states have made it illegal — but just like driving drunk, people still do it. So high-tech companies across the nation are racing to develop devices to make it harder to text and drive. 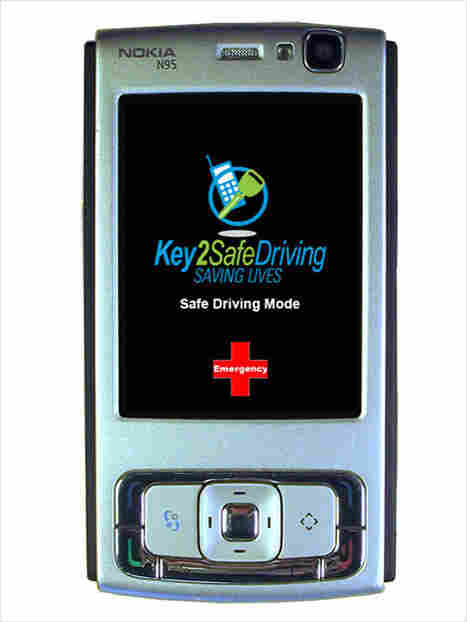 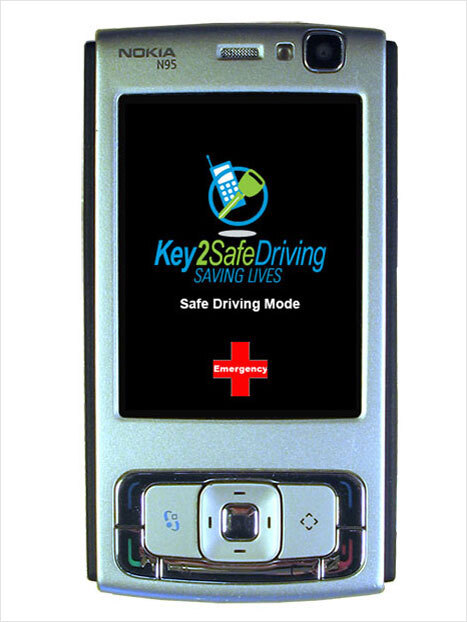 Safe Driving Systems, a technology company based in South Jordan, Utah, designed a device to disable the phones of drivers who text. Here, a phone is pictured in the safety mode.

Texting while driving is so dangerous, many states have made it illegal — but just like driving drunk, people still do it. So high-tech companies across the nation are racing to develop devices to make it harder to text and drive.

"We wish it was as simple as 'just don't do it,' " says Mike Fahnert, president of Safe Driving Systems in South Jordan, Utah. His company has designed a device to disable the phones of texting drivers.

"This technology just helps keep you from doing it," he says.

A nationwide survey this year showed an estimated 45 percent of drivers 30 or younger are sending or receiving texts behind the wheel. Teens call it "driving while intexticated."

Safe Driving Systems' technology works by using a device called Key to Safe Driving. The "key" is actually a small rectangular plug that is inserted into the onboard diagnostic port that's underneath the dashboard of most cars. The company says the device will cost $99, but it plans to make it available for half that cost for a promotional period.

Videos On Driving While Texting

Warning: Both videos may show graphic images and content.

Watch A Clip From A Public Service Announcement Video To Be Shown In Schools Throughout The U.K. This Fall

Once the car is on, a wireless signal is sent to the driver's cell phone. The words, "Safe Driving Mode" pop up on the user's cell phone screen, and the phone is disabled for all incoming and outgoing calls and texts, except for calls to 911 and two other optional emergency numbers.

This product is part of an emerging industry that is creating technology to minimize or eliminate driving distractions. San Diego-based DriveCam equips cars with video cameras to capture risky driving. Other products on the market rely on GPS technology that detects when a car is moving and turns off the cell phone. But because these products are motion-based, they can end up blocking cell use even when the caller is sitting in the back of a cab or on a bus.

When Texting History Repeats Itself

Two years ago, Brandi Terry was a 17-year-old high school junior. She was driving one day to visit her grandfather in northern Utah.

"I woke up to a bright light — I could barely open my eyes — and paramedics. This man was saying 'Brandi, Brandi,' and I just started crying. I didn't know what had happened," she says.

Terry had run a red light. Police checked her phone and discovered she had sent a text within seconds of the accident. Terry shattered her right ankle and broke her upper right arm in half. She couldn't walk for six months and had an agonizing recovery. She got better, got another car and tried to stop texting. 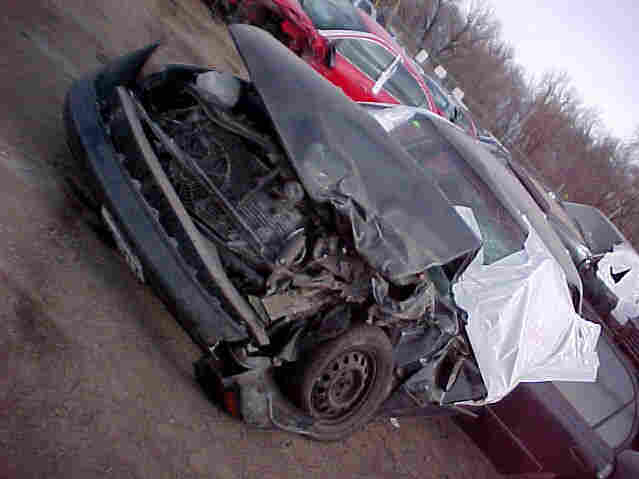 Brandi Terry smashed her car after driving through a red light while texting and driving. Courtesy of Brandi Terry hide caption 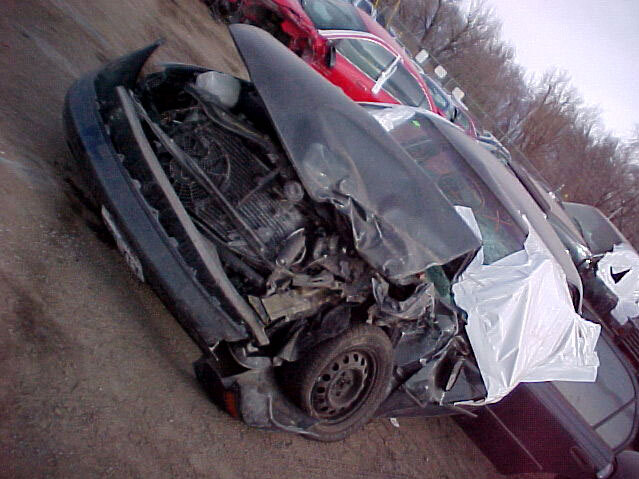 Brandi Terry smashed her car after driving through a red light while texting and driving.

Within a year of her first accident, Terry did it again — she slammed into the back of semi while she was texting. This time, she escaped injury.

Are Americans — especially teens — ready to give up driving distractions?

School's out in Salt Lake City, and Pree Tautelli and Brittany Lui and their friends are piling into a Mini Cooper. They didn't like the thought that their parents would have a device in their car to block calls and texts.

"I love texting and driving; it's the in thing," Tautelli says. "Everyone does it — who doesn't?"

Teens can sometimes be devious. So the Safe Driving System's device allows parents to set up a password-protected profile. If the key is unplugged from the car, a "tattle-tale" function sends a text message alerting the parent.

Terry — the teen who had two major accidents because she can't stop texting — is now 19. She says she'll be the first in line when the product goes to market later this fall.