Accessibility links
University Of Illinois President Quits Over Scandal B. Joseph White resigned Wednesday after officials acknowledged that they admitted some students with political clout over other, more qualified applicants. White, who has served as university president since 2005, said he will step down at the end of the year. 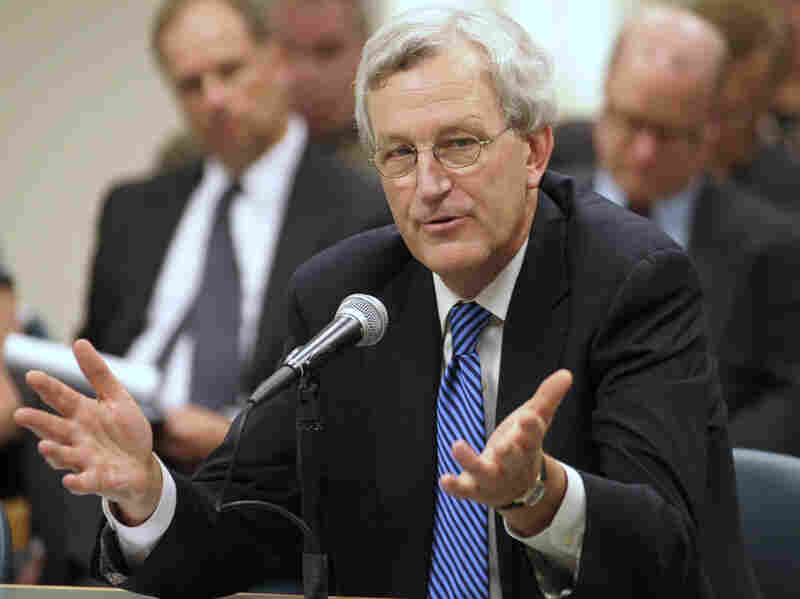 University of Illinois President B. Joseph White resigned Wednesday over a scandal in which officials granted admission to some students who had political clout. Robin Scholz/The News-Gazette/AP hide caption 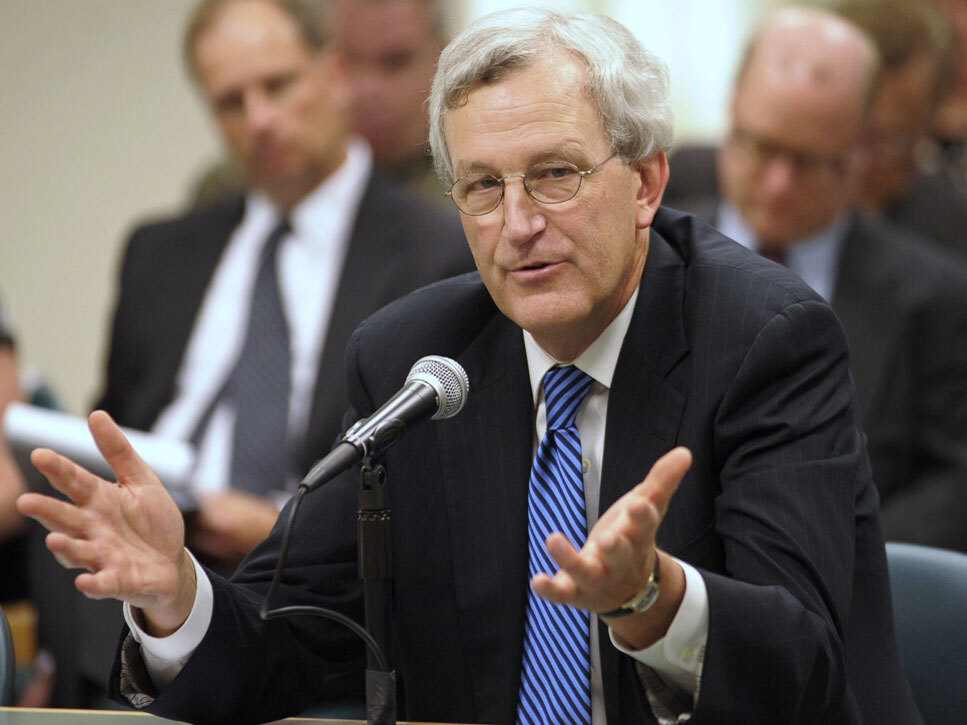 University of Illinois President B. Joseph White resigned Wednesday over a scandal in which officials granted admission to some students who had political clout.

University of Illinois President B. Joseph White resigned Wednesday in the wake of a scandal in which officials acknowledged that they admitted some students with political clout over other, more qualified applicants.

"I take this action to enable you as a newly constituted Board to select University leadership going forward," White wrote in a letter to Christopher Kennedy, the chairman of the university's board of trustees. "It has been a privilege for my wife, Mary, and me to serve the university community. We remain highly committed to the University of Illinois."

For the past several years, the university kept a "clout list" of student applicants to its flagship Urbana-Champaign campus. These applicants had some heavy hitters — a politician, donor or alumnus — advocating on their behalf. Admissions staffers said they were often pressured to admit students on the clout list even when their grades and test scores didn't measure up.

A state investigative panel recommended that University of Illinois' trustees resign, and all but two did. Pressure also had been mounting on White and Urbana-Champaign Chancellor Richard Herman, who has not resigned.

White, who has been university president since 2005, said he will step down at the end of the year.

"President White is doing what's best for the university and, I think, the people of Illinois are grateful to him," Illinois Gov. Pat Quinn said Wednesday. "I talked to him the other day. He told me what he plans to do, and I commend him for taking steps necessary to move the university forward."

Quinn said he did not ask White to resign, adding that the university is doing what is necessary to put the scandal behind it.

"We've completely reformed the admissions process at the University of Illinois. ... And I think the university is going forward, and I think that's what we want to do," he said.

On the sprawling Urbana-Champaign campus, many of the more than 40,000 students seemed eager to move on.

"He's either A, incompetent because he's unaware of what's going on; or B, he's involved with it ... aware of it, and he lets it go on," he said.

Freshman Gloria Frank said she is bothered that some of her classmates might not deserve to be at the school.

"We all, who are here, who didn't get that opportunity to have a political person behind us — we fought to get here," she said.

"But the extent of it at Illinois — the way people who were clearly unqualified were getting in, in some cases — most people seem to think this was at a whole new level of admissions misconduct," he said.