Accessibility links
Ice "The nurse left work at five o'clock," said the young police officer, looking down at his small black notebook. "Her husband called her in missing at approximately 7:30, after she didn't make it home for dinner. Said she would never be that late without calling." 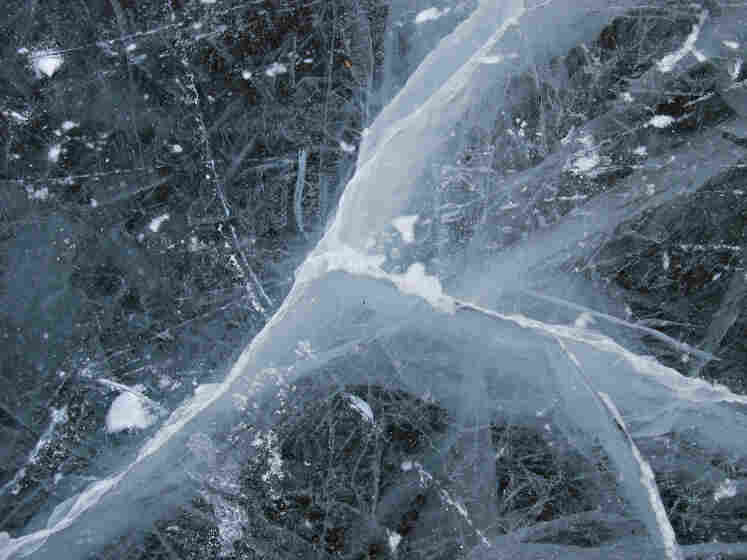 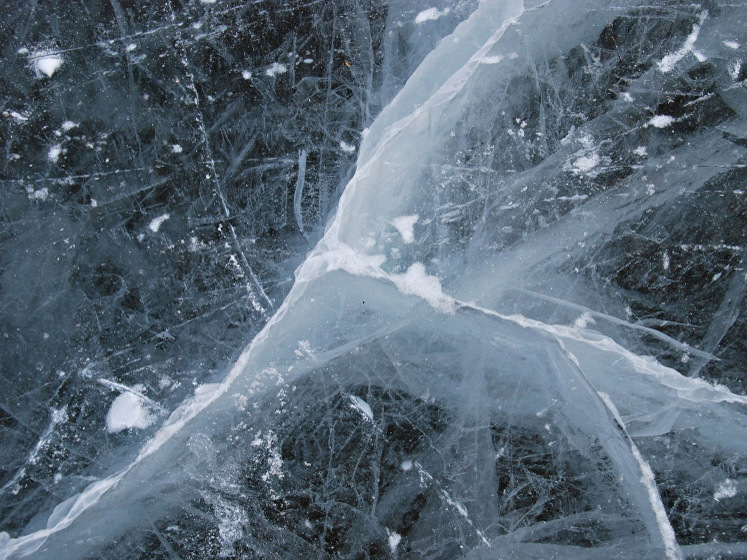 Note to Readers: This entry in our "Three Minute Fiction" contest includes graphic descriptions of the results of violence.

"The nurse left work at five o'clock," said the young police officer, looking down at his small black notebook. "Her husband called her in missing at approximately 7:30, after she didn't make it home for dinner. Said she would never be that late without calling." He looked up from his notes and around in a disapproving way, someone clearly uncomfortable in the woods. "A miracle that she was found when she was, so early on a Sunday morning."

Detective Corbett, while hearing the junior officer explain how a local Girl Scout troop out for a hike had discovered the victim, shifted his gaze from the muddy canvas nursing shoes to the hemlock sapling, not more than a meter in length he reckoned, that lay bent and broken, pinned to the ground under the victim's brutalized and mostly naked body.

A sense of tragedy swept over the detective. His mind drifted away, trying to imagine how this wooded hollow might look in 200 years. He thought about how this crushed and dying tree could have blossomed, if it had been lucky, and come to dominate the landscape. He thought of the generations of animals that would have found shelter in the majestic evergreen. He thought of how it would look after a heavy snow, all weighted down. Sad-looking in a way. But inspiring too, for its dark green leaves shout — in a timeless, silent voice — that spring will arrive some day. The state tree of Pennsylvania, he remembered. A well-deserved honor.

He was often swept away like this at the thought of large, old hemlocks. The trip usually ended with memories, such old memories, of long summer days spent hiking and camping in the woods with family.

"This looks to be what was used to finish her off," the young officer said, pointing to a large rock in an evidence bag resting on the trunk of the police cruiser. He clumsily cleared his throat and cast a quick glance at his superior, just long enough to see if what he heard was true — that the old man had started to talk to himself sometimes as if he was somewhere else entirely. It almost seemed as if he wanted a reason to pity him. He refused to see himself in the old man. All he could see now, though, was the aging detective mutely staring off at the ridgeline to the east.

Corbett would, though, probably pick the eastern white pine as his favorite tree. But old ones, old enough so that they had grown to where their smooth green-grey bark started to furrow. Whenever he thought TREE he pictured one with rough bark. It seemed only right. How a tree was supposed to look. Of course, he loved the American beech and it always had smooth bark. Even in old age.

He looked down at the blood-soaked uniform bunched up around the middle of the victim's legs. He followed the curve of her body to the torn and filthy half-exposed breast. It was partially obscured by the victim's long brown hair, glued to her body with blood and some of the clay-rich soil. He knew that the clay was deposited here by the last glacier that crept down, many thousands of years ago, from what is now Canada.

"Hard to imagine so much ice," the detective said in a loud whisper. His attention was suddenly caught by a heron gliding slowly down to the creek that had worn away this land over the ages.

Maybe the Captain was right. He had earned his retirement.