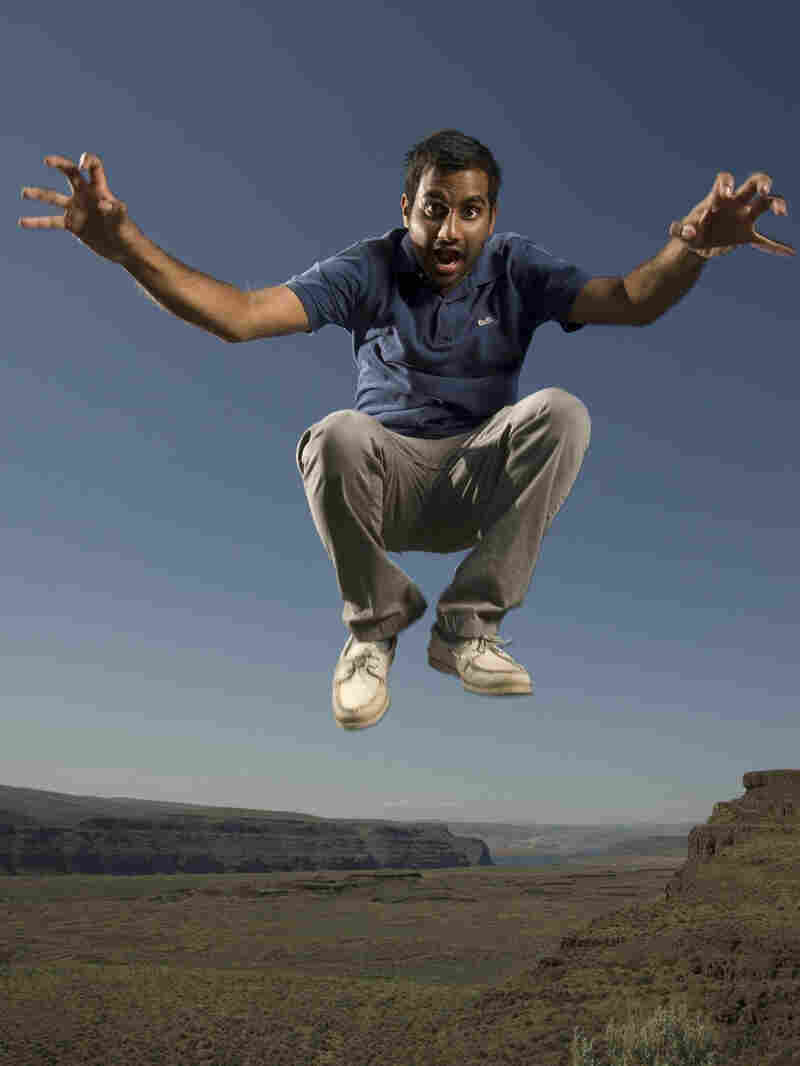 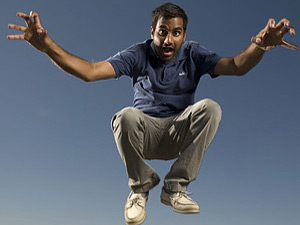 Comedian Aziz Ansari, who plays a public servant on NBC's Parks and Recreation — a mockumentary created by the folks who brought The Office to the U.S. — says he enjoys being a sleazebag on TV.

His character, Tom Haverford, is the savvy right-hand man to Amy Poehler's naive, but idealistic Leslie Knope, a midlevel bureaucrat in the Parks and Recreation Department in the fictional town of Pawnee, Ind.

"I'm really sleazy. I hit on women a lot. It's a fun attitude to play," Ansari tells NPR's Madeleine Brand about the role. "It's always fun to play a dude who's kind of a sleazebag."

Ansari, who received plaudits for his portrayal of Randy, an obnoxious and loud stand-up comic in the most recent Judd Apatow film, Funny People, was born and raised in Columbia, S.C., and his parents are immigrants from India. He went to New York University to study business, thinking "that'll be like a bunch of laid-back kids who aren't sure what they want to do," he says.

"Instead, it was, like, really intense kids that were, like, very focused on finance" and working at Goldman Sachs. He says he was doing stand-up while he was in school, and by his second or third year, he realized he could make a career out of touring as a stand-up. But, he says, he finished his degree.

"I didn't drop out of school or anything," Ansari says. "Didn't want to do that; didn't feel like it was necessary."

Ansari says the only time he has ever come close to working in a job like the one he has on Parks and Recreation is when he worked for NYU's heating, ventilation and air conditioning department while he was a student at the school. He calls that job his real love.

"I guess that's the closest thing I've had to a parks and recreation job, which is not very close at all," says Ansari, who has also appeared on comedies like Scrubs, Reno 911 and Flight of the Conchords. "That's really my passion. I'm going to save up some money from acting and then go back to working at the NYU heating, ventilation and air conditioning [department].

"Parks and recreation is like temping so I can go back to my real love. When you go through the [Elmer Holmes] Bobst Library, and you feel that cool air, you know there's a sense of pride. ... It's like, 'I did that.' I'm the reason why people aren't sweating inside this building."

Ansari says despite his Indian-American heritage, he does not play off the ethnic humor. He says it's a point of pride for Parks and Recreation that his character could have been played by a white man.

But, he says, he has a clear goal for his role on the show, one that may be a bit unconventional: He wants to be fired and be "replaced by another Indian guy with a beard."

"You remember like on sitcoms, every now and then, the next season there'd be like, 'What happened to the mom? That's a different actor.' It hasn't happened in a while," Ansari says. "And I want that to happen.

"I want to be replaced by another Indian guy who, kind of, looks like me. That's my goal," he says. "Maybe I'll come back after that."