Accessibility links
Ahmadinejad Sweet Talks As Seats Clear At U.N. The media devoted considerable coverage to Iranian President Mahmoud Ahmadinejad as he took the stage at the United Nations General Assembly Wednesday in New York. Since we can't ignore him, it's about time we start holding him accountable for his actions. 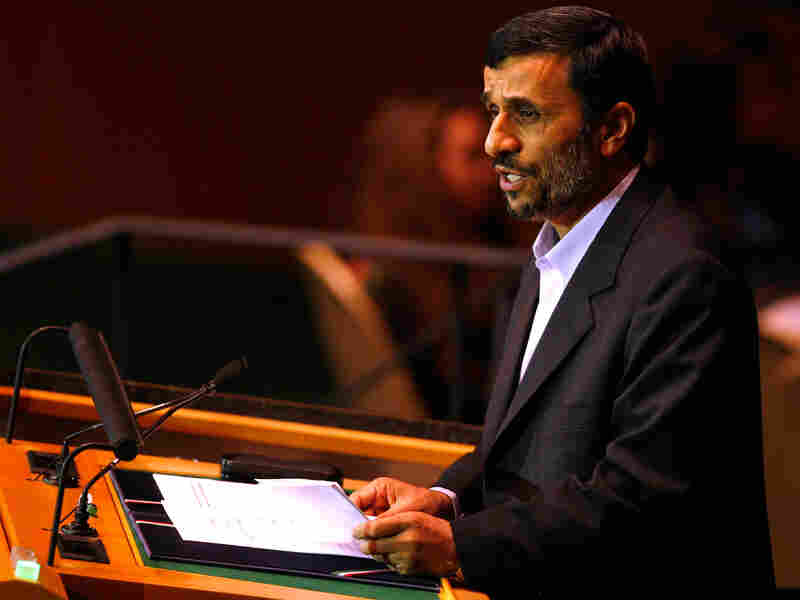 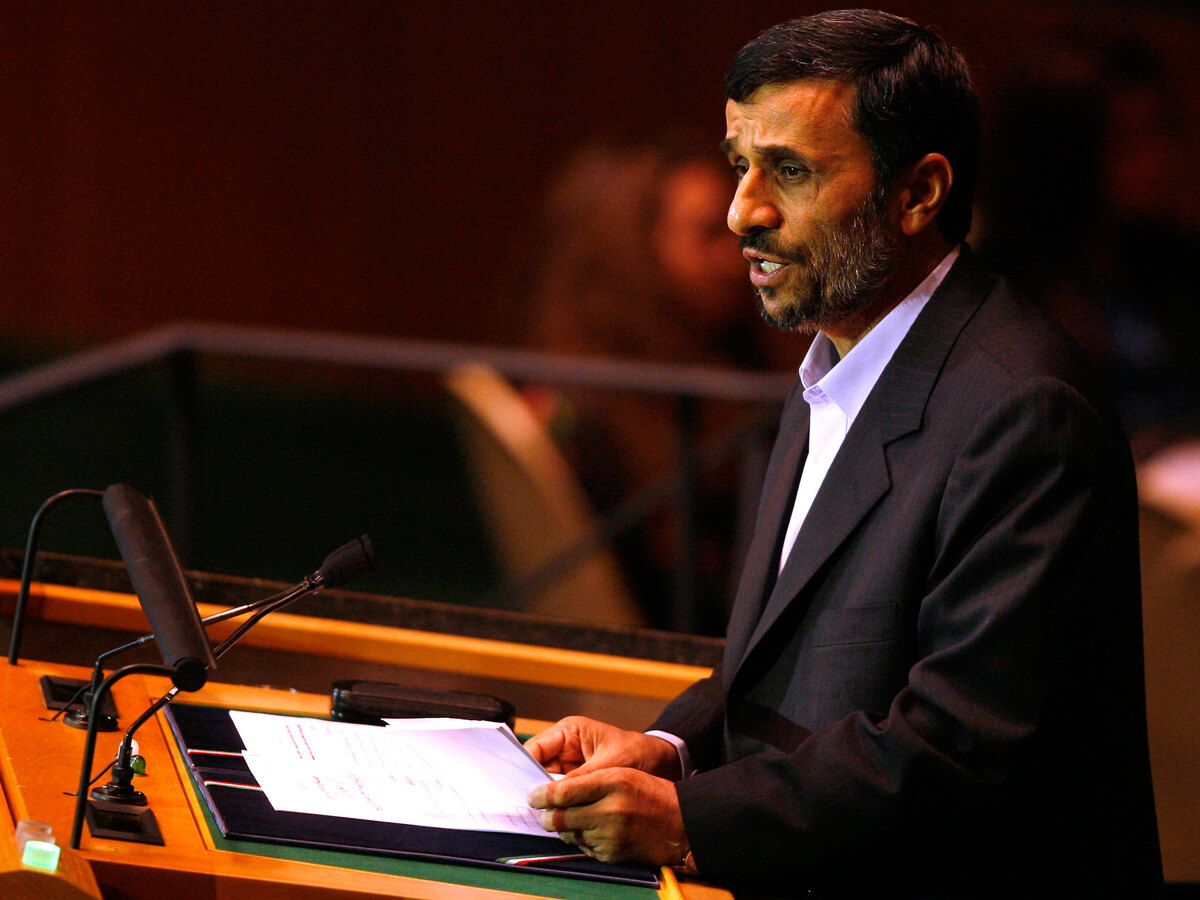 Contested Iranian President Mahmoud Ahmadinejad took the stage at the United Nations General Assembly Wednesday, Sept. 23, 2009, in New York, where he spoke of the importance of peace, love, compassion, morality, justice and freedom. But over the past three months, Ahmadinejad has persistently failed to apply any of these lofty ideals to his own people, who are fed up with his lies and hypocrisy.

Before the disputed June presidential election, the Iranian people laughed at Ahmadinejad; he was a perpetual punch line. But after the elections, the joke was on him. Thanks to electoral fraud and the regime's brutal crackdown on its own people, he immediately became the object of even more public enmity and scorn than even he was used to. And this time, the worst of it was coming from inside Iran's borders.

Ahmadinejad's response to this unparalleled level of rage and disgust from his fellow Iranians has been two-pronged: First, he has followed the lead of Supreme Leader Ayatollah Khamenei by helping orchestrate the grossest human rights abuses Iranians have seen since the 1979 Islamic Revolution. And second, he has attempted to distract the global community from the false arrests, beatings, detentions, torture, rape and murders inside Iran by debating proven historical facts and engaging in his standard inflammatory rhetoric.

While the rest of the world focuses on rehashing and condemning his absurd philosophies, the Iranian people continue to endure the active abuse of his obscene and unlawful regime. Ahmadinejad is not just anti-Semitic. He is also anti-Baha'i, anti-Zoroastrian, anti-Kurd, anti-Muslim, anti-Iranian and downright anti-human. 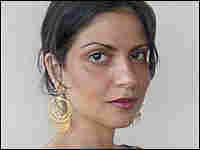 Melody Moezzi is an Iranian-American attorney and the author of War on Error: Real Stories of American Muslims, for which she won a 2007 Georgia Author of the Year Award. Courtesy of Melody Moezzi hide caption

Despite thousands of green-clad protestors outside the UN holding signs bearing images of beaten, bloodied and murdered Iranian demonstrators, Ahmadinejad still had the nerve to declare that "Iran has gone through a glorious and fully democratic election" and that it is "one of the most democratic and progressive countries in the world."

Still, no matter how disturbing, none of his insidious gall or bombast should come as a surprise. Ahmadinejad has lied before, and no one expected that he would cheer for the West or admit to stealing an election and torturing his fellow Iranians. No one cleared that hall as quickly or successfully as Ahmadinejad. And yet, this madman still managed to get more prime-time coverage than Amnesty International has probably gotten all year.

Let's not pretend we're ignoring him when we know full well that we're doing the exact opposite. And if we can't ignore him, why not hold him accountable for his actions by giving at least as much airtime to the world's human rights defenders as we do to its Ahmadinejads?