Accessibility links
Surprise! Water Found On Moon's Surface Three different space probes have gathered evidence that the top layer of the moon's surface contains hidden stores of water. The moon is generally thought to be a dry place, and the discovery comes as an unexpected — and exciting — surprise for researchers. 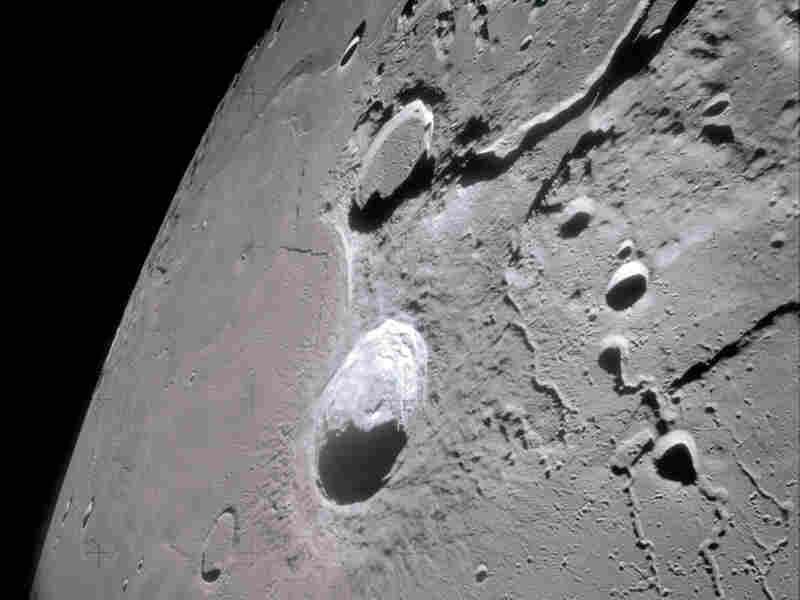 The moon is generally thought to be a dry place, and the discovery of water on its surface comes as an unexpected and exciting surprise for researchers. Here, a view from the Apollo 15 spacecraft shows the surface of the moon. Courtesy of NASA hide caption 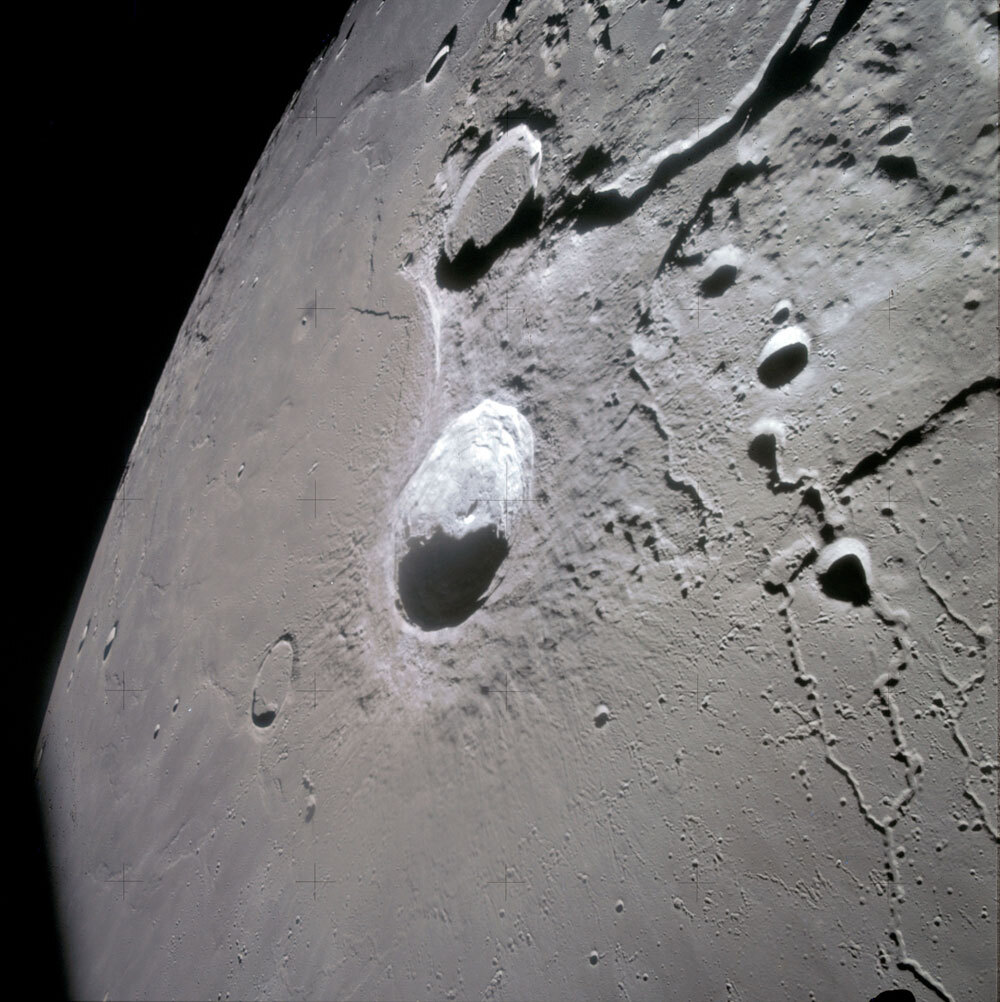 The moon is generally thought to be a dry place, and the discovery of water on its surface comes as an unexpected and exciting surprise for researchers. Here, a view from the Apollo 15 spacecraft shows the surface of the moon.

Three different space probes have gathered evidence that the top layer of the moon's surface contains hidden stores of water.

The moon is generally thought to be a dry place, although scientists have long suspected that ice might be trapped in cold, permanently shadowed craters. A NASA mission will test that theory next month, by smashing a spent rocket part into a dark crater near the moon's south pole and creating a big debris cloud that will be searched for water.

But surprisingly, researchers have now found that there's water on the sunlit surface of the moon, where no one expected it to be.

Molecules of water as well as hydroxyl — that's just one atom of hydrogen with an oxygen atom, instead of the two hydrogen atoms normally found in water — are all over the lunar surface, in the very top layer of dust, according to new reports published online by the journal Science.

The first hint that the water might be there came from a NASA instrument called the Moon Mineralogy Mapper on board the Chandrayaan-1 spacecraft launched by India last October to orbit the moon.

A Shock To Researchers

The discovery was so surprising that researchers at first thought it was some kind of calibration problem. "Like any normal person, you'd say, 'Well, that's ridiculous, you know. It can't be there,' " says Carle Pieters, a planetary geologist at Brown University.

"So we spent months on the team, scrubbing this data with every means possible, arguing amongst ourselves," Pieters says, "and it would not go away."

Then they were able to confirm their observations using data from two additional spacecraft: NASA's Cassini probe that passed by the moon in 1999 while traveling to Saturn, and the Deep Impact spacecraft, which whizzed by the moon in June of this year on its way to visit a comet.

The water seems to be a very thin film of molecules stuck to the surface, says Jessica Sunshine of the University of Maryland-College Park.

"It's not liquid water, it's not frozen water and it's not gaseous water, OK? It's none of those things," Sunshine says. "It's not your grandmother's water on the moon. It's a completely different mindset. You sort of have to throw out everything you think of by that phrase."

Pieters concurs that the moon is still a very dry place. "There's no question about that. The amount of water is small," she says, even though it is found extensively over the moon's surface.

Still, the discovery has excited space buffs who say water and hydroxyl could be an important resource if astronauts ever return to the moon. NASA has spent the past few years working toward a return by 2020, and has even talked of plans for a lunar base, but that program is currently under review by the Obama administration.

Sunshine estimates that scraping off all the water molecules from a part of the lunar surface the size of a football field would yield less than a quart of water. "And it could be a lot less. I think our understanding is not great," she says. "You're certainly not going to turn around and shovel up a bit of lunar regolith and start drinking it," she says, referring to the dusty lunar dirt.

The water seems to appear and disappear during the course of the lunar day, as temperatures rise and fall.

Scientists still aren't sure what the source of the water is, although they suspect that hydrogen atoms in the solar wind might be hitting lunar minerals and reacting with the oxygen in them.

But they say it was amazing to find such a dynamic and completely unknown process occurring on the moon. "Nature surprises us, and in this case, the moon completely surprised us," Pieters says. "This is something we were not expecting."

When the Apollo astronauts brought back samples from the moon, those specimens did contain trace amounts of water, but it was assumed to be water from Earth that had gotten mixed in by accident.