Accessibility links
'60 Minutes' Still Ticking After 41 Years If broadcast TV news is a dinosaur, then 60 Minutes is a prime-time T-Rex. The CBS newsmagazine draws 14 million viewers every Sunday evening and was television's 10th-highest-rated show in 2008. 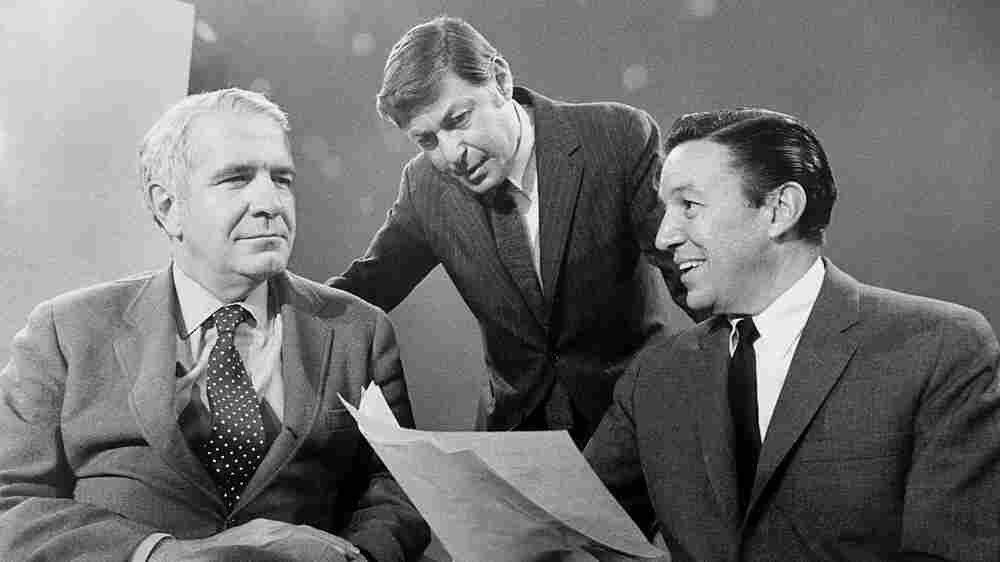 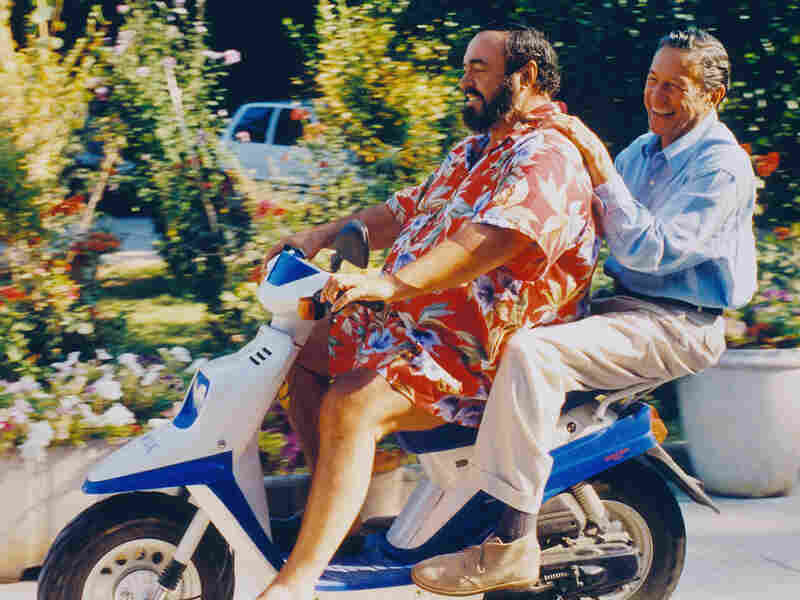 Wallace gets a lift from opera tenor Luciano Pavarotti in 1993. CBS hide caption 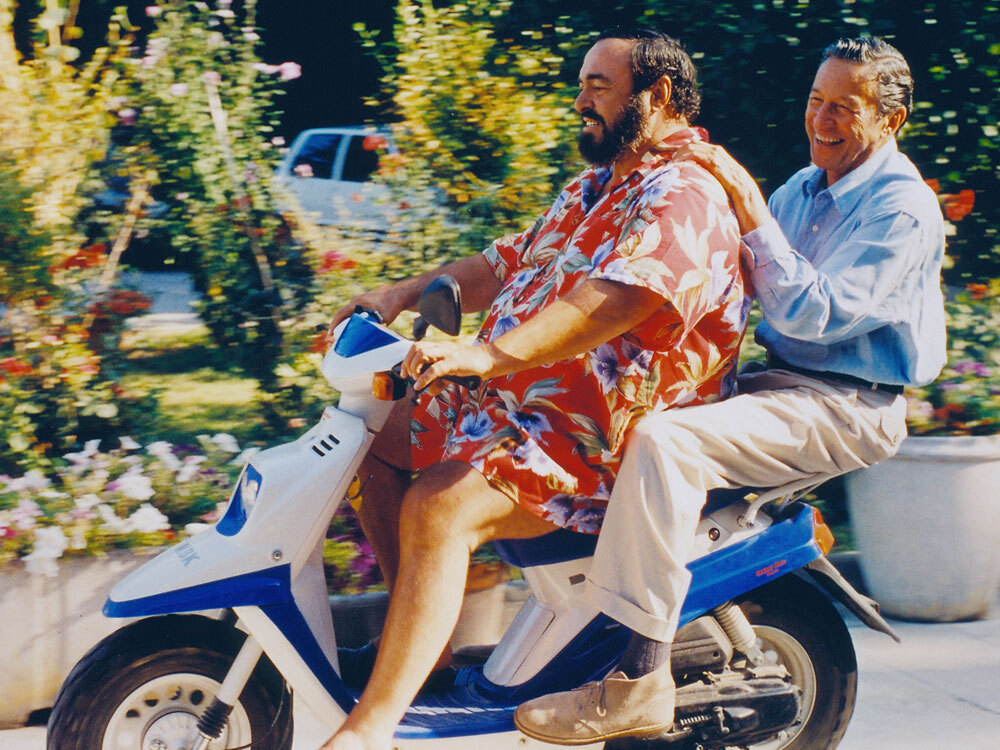 Wallace gets a lift from opera tenor Luciano Pavarotti in 1993. 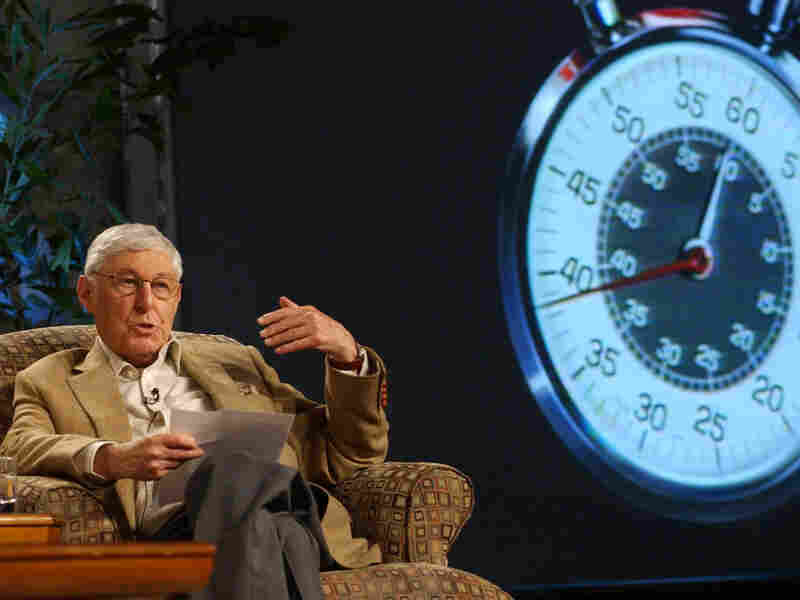 Hewitt — "the father of TV news" — died at age 86 in August. The secret of 60 Minutes' success was simple, he said: "It's four little words: Tell me a story." Rene Macura/AP hide caption 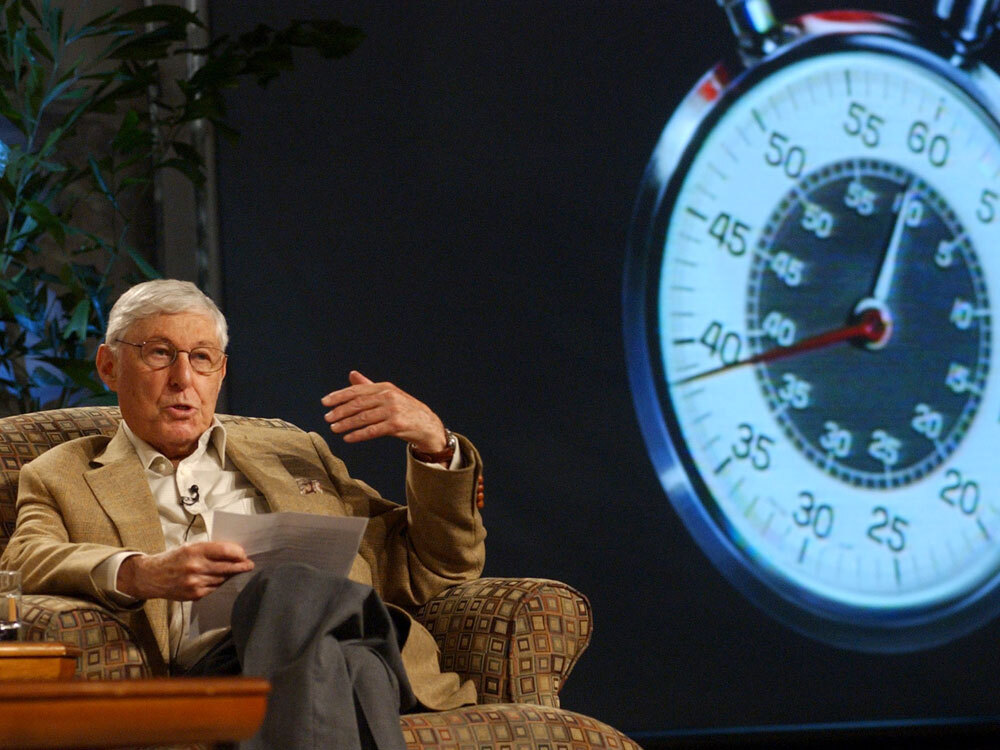 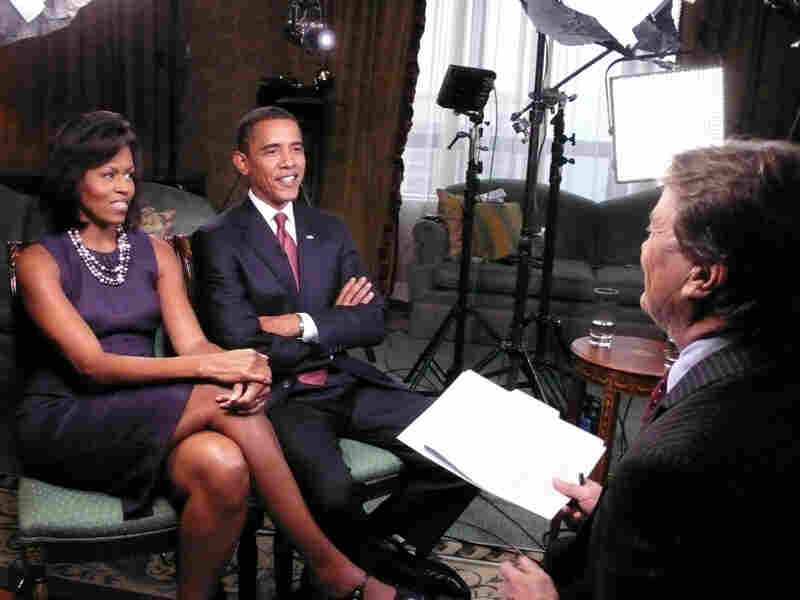 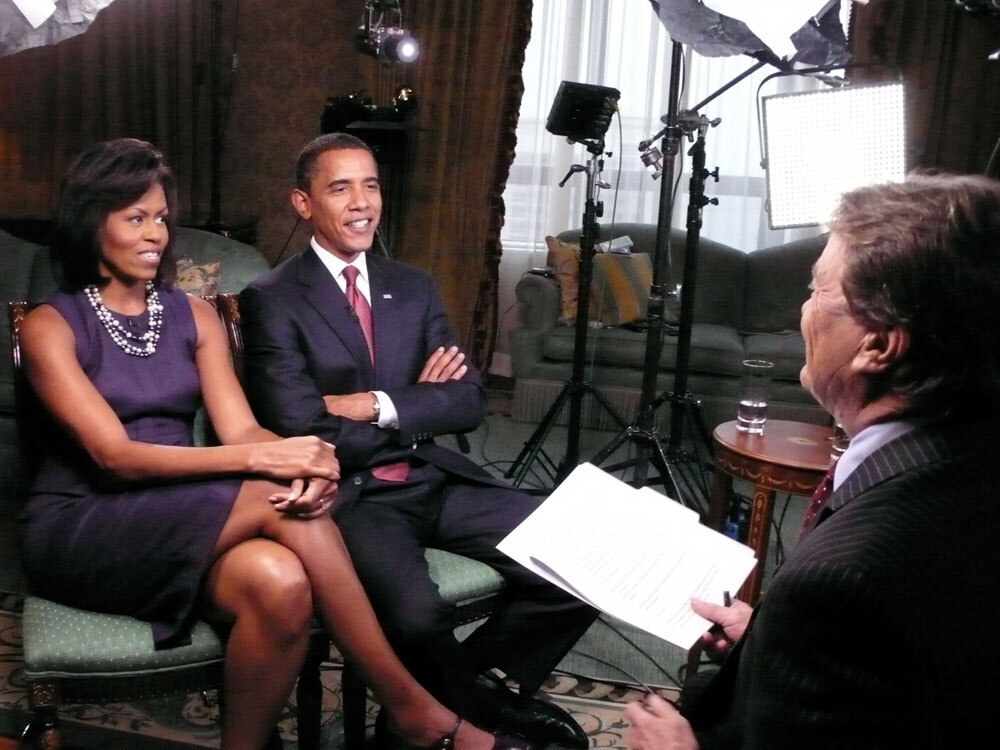 Embarking on its 42nd season, the CBS newsmagazine 60 Minutes is an anomaly in commercial broadcast TV: It's a top-rated show that often takes on serious topics.

Last year proved particularly successful. Nielsen Media Research says it was the 10th-highest-rated program of any kind last season, drawing an estimated average audience of more than 14.1 million viewers each Sunday evening (plus the next day, for those watching it on DVR). Former NBC News President Neal Shapiro says there's "more zip" to the show now than ever.

"I think they jump on the news a little quicker," says Shapiro, now the CEO of public television's WNET in New York City.

60 Minutes Executive Producer Jeff Fager says he and the show's other top journalists decided to take the show in a more serious direction as the nation confronted two U.S. wars, the economic meltdown and a historic presidential race.

"We had an enormous responsibility to make sure we were on top of all of that in order to fulfill our commitment to be there when important stories break," he says, "and to report them in a way that I think we do uniquely, which is to dig down deeper and help people understand them."

But the show's fortunes have brightened even as it has made only a partial transition from its roots. Along with Lesley Stahl, Kroft used to make up the youth movement, but now he's in his 60s. Ed Bradley died. Longtime fixture Mike Wallace has finally retired. Morley Safer works part time. And Kroft swears he won't hang on forever.

"There used to be a very clear generational divide on this show — among the correspondents who thought that rock 'n' roll was here to stay, and rock 'n' roll is just a passing fad," Kroft says. "Now, it is slightly more complicated than that."

These days, the staff is rounded out by Scott Pelley and Bob Simon, along with occasional contributors Katie Couric, Lara Logan, Byron Pitts and CNN's Anderson Cooper.

From creation under the late Don Hewitt, the show was always in part about show business. It promoted and minted stars, such as Harry Reasoner and Mike Wallace (the white hat and black hat, respectively), and it pioneered elements such as the ambush interview — long since discarded by 60 Minutes — and the infamous, super-tight close-up on people as they're being interviewed.

Simply because of the diminishment of broadcast television, the stars may not burn quite as bright — but 60 Minutes is still riding high. Its performance is its strongest in a decade.

Staffers are finding a way to keep the record going. Senior producer Michael Radutzky and Executive Editor Bill Owens lobbied Fager to tap two teams to be poised to fan across the globe to track the spread of swine flu. That's expensive — and network news divisions track every dollar — but Fager was on board.

Meanwhile, Kroft was one of just two reporters to land an interview with so-called mini-Madoff Marc Dreier before he entered federal prison to start a 20-year sentence for securities fraud and other charges.

The stories are not always utterly original to 60 Minutes, though Fager and Owens push for that initiative. But they say they always seek to advance the story. Much of that is based on their trademark interviews.

"You want to use the best material that you've got in the piece," Kroft says, pointing to an interview he conducted in March during which the president started to laugh as he recounted opposition to his bailout proposals. "When I asked President Obama if he was punch-drunk, I knew that was going to get in."

Shapiro, the former executive producer of Dateline NBC, also argues that the show's focus on serious and investigative reports allows it to seize the field to itself. Dateline NBC used to run five nights a week. Now it's down to one.

Those that remain — including Dateline, ABC's 20/20 and CBS's 48 Hours — have veered toward a diet heavy on true crime and celebrity news, though ABC's Nightline has enjoyed some ratings resurgence when it focuses on breaking news.

At 60 Minutes, Fager now sits in the very office held for decades by Hewitt, his mentor, known as a showman as well as a journalist.

Fager said it took him a bit of time to find sure footing after taking over as executive producer more than five years ago.

"I wasn't ready for the fact that so many people wanted to be on this broadcast — especially from the celebrity world," Fager says. "I think I said 'yes' too much. I know I did. It was my mistake."

He says that's one mistake he won't make again.