Iran admitted Friday it has a second — until-now secret — nuclear fuel processing plant. President Obama called for Tehran to open up the facility immediately for inspection.

From NPR News, this is ALL THINGS CONSIDERED. Im Robert Siegel.

A dramatic revelation today in the ongoing saga of Irans nuclear activities -the U.S. disclosed the existence of a secret uranium enrichment facility under construction in Iran. President Obama made the announcement just prior to the G-20 meeting this morning in Pittsburgh. The U.S. intelligence community suspects the facility would be used to make highly enriched uranium for nuclear weapons though Iran denies that.

MIKE SHUSTER: It had all the makings of a trap that the White House set for Irans President Mahmoud Ahmadinejad. And at first blush, it appears to have worked. Early this morning White House officials started leaking the story - a secret uranium enrichment facility under construction for several years in a mountain near the city of Qom in Iran, 100 miles south of Tehran. Only this year, U.S. officials said, that they conclude its purpose was uranium enrichment. Then President Obama went public with the story in Pittsburgh.

President BARACK OBAMA: The existence of this facility underscores Irans continuing unwillingness to meet its obligations under U.N. Security Council resolutions and IAEA requirements. We expect the IAEA to immediately investigate this disturbing information and to report to the IAEA Board of Governors.

SHUSTER: The International Atomic Energy Agency first learned of the secret facility on Monday when Iran sent a letter to the IAEA acknowledging its existence. Then yesterday, the U.S. briefed the agency in detail on what it knows about the facility. Immediately, the IAEA asked for more information from Iran and access to the facility as soon as possible. For President Obama, this strengthens the case that Iran, in contrast to the denials of its leaders, does seek to acquire nuclear weapons eventually.

Pres. OBAMA: This site deepens a growing concern that Iran is refusing to live up to those international responsibilities, including specifically revealing all nuclear-related activities. The international community knows this is not the first time that Iran has concealed information about its nuclear program.

SHUSTER: The story appears to have taken Irans leaders by surprise, including President Ahmadinejad who was in New York this week for the opening of the U.N. General Assembly. Ahmadinejad was meeting with the editors of TIME magazine this morning when they informed him of Mr. Obamas announcement. TIME has posted video of the interview on its Web site.

President MAHMOUD AHMADINEJAD (Iran): (Through translator) If I were Mr. Obamas adviser, I would definitely ask him to refrain from making this statement, because it is definitively a mistake. We have no secrecy, and we work within the framework of the IAEA.

SHUSTER: Iran claims it is not required to inform the IAEA of new nuclear projects until six months before the introduction of nuclear material. It appears the delivery of nuclear material in the new facility is at least that far away. That was the defense that Ahmadinejad put up today.

Pres. AHMADINEJAD: (Through translator) We are the ones whove always informed the agency of our activity within the framework defined by the rules and regulations that are there. So we dont see any problems coming up.

SHUSTER: The discovery of this new facility helps to explain the recent conclusions of the U.S. intelligence community that if Iran decides to build a nuclear weapon, it would not use the stockpile of low enriched uranium manufactured at the enrichment facility at Natanz. This is a well-known facility under constant inspection by the IAEA.

The U.S. director of national intelligence said recently Iran would more likely go the secret route and this new facility appears to bolster that conclusion. Thats how George Perkovich sees it. Perkovich is a nuclear proliferation expert at the Carnegie Endowment for International Peace.

Mr. GEORGE PERKOVICH (Nuclear Proliferation Expert, Carnegie Endowment for International Peace): An Iranian intention to have at least the capability to produce nuclear weapons and to do that, to acquire that capability without, in their view, breaching any international legal requirement whose breach would get them basically whacked.

SHUSTER: President Obama shared the intelligence on Wednesday with Russian President Dmitry Medvedev and today Chinese leaders were informed. Both nations issued statements expressing their concern about the news. The disclosure of the new site is likely to increase the pressure on Iran when it meets with the U.S., Britain, France, Russia, china and Germany next week. 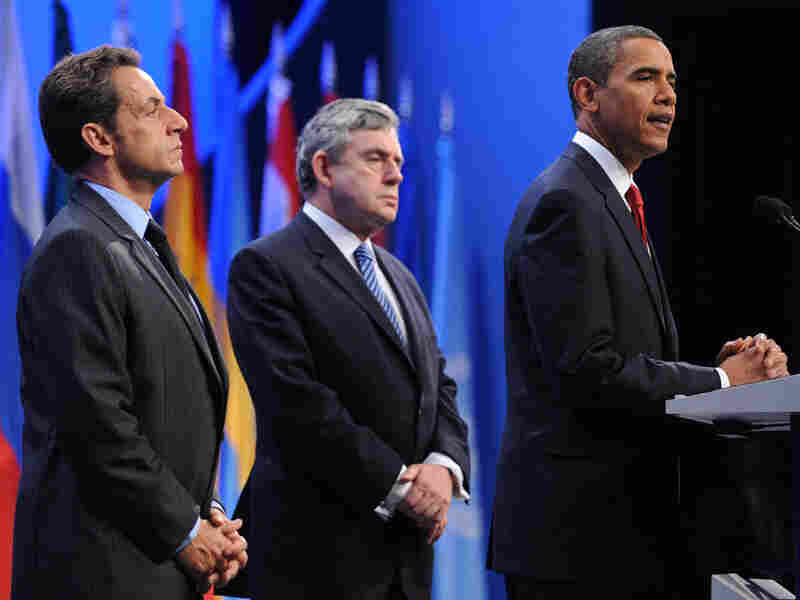 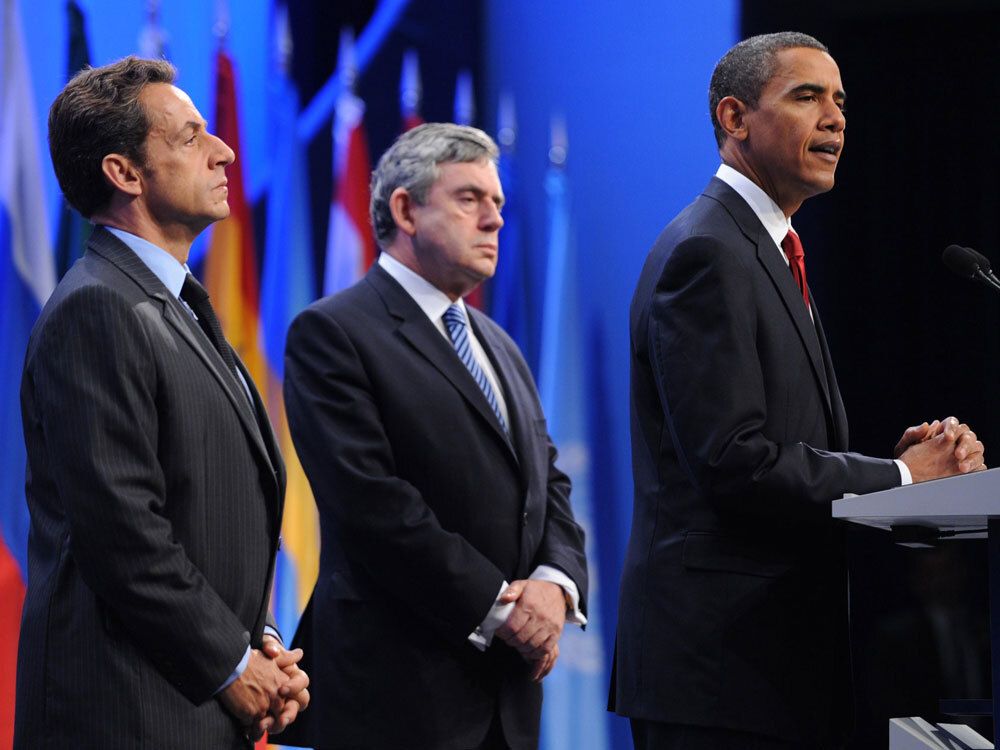 Standing alongside the leaders of France and Britain, President Obama tried to present a unified front Friday when revealing that Iran has been building a previously unknown uranium enrichment facility for the past several years.

"Iran is breaking rules that all nations must follow," Obama said ahead of the Group of 20 summit in Pittsburgh. "It is time for Iran to act immediately to restore the confidence of the international community."

The statements by the three leaders appear aimed at using the latest revelation as a lever to put even more pressure on Iran to disclose fully the extent of its nuclear program and set to rest widespread suspicions that Iran may be seeking to acquire the capacity to build nuclear weapons. But it is not clear how much the disclosure will change the protracted negotiations.

A stern French President Nicolas Sarkozy issued a December deadline for Iran to make "an in-depth change" or face sanctions, saying the Iranian regime is challenging the entire international community. "We cannot let the Iranian leaders gain time while the motors are running," he said.

The new plant, located 100 miles southwest of Tehran, near the ancient city of Qom, is the second known Iranian enrichment facility. Iran had previously acknowledged having only the plant, under international monitoring, near the city of Natanz. Obama said the site and configuration of the newly disclosed plant are "inconsistent" with Iran's stated goal of producing peaceful nuclear energy.

The leaders' message was partly aimed at forcing Iran to be more cooperative at a meeting scheduled for Oct. 1 in Geneva, where representatives from the United States, Britain and France, along with Russia, China and Germany, will sit down with Iranian officials to discuss their nuclear program.

But many experts believe that despite the added pressure, the Iranian regime is unlikely to cede much ground to Washington.

Reports say the new site is near the city of Qom, and similar to an enrichment plant already operating in Natanz.

"What they're trying to do is put the Iranians on the defensive," says Ray Takeyh, an Iran expert at the Council on Foreign Relations. "They are hoping it will make them a little more forthcoming, but I don't know if that's an accurate reading of the Iranian negotiating team."

Takeyh says Iran's interest in a nuclear program appears undimmed, noting that Iranian television this week has been airing a program that blasts former Iranian nuclear negotiators for making concessions to Western leaders in the past. "They're not reformed alcoholics," he says. "They still like the drink."

In an interview with NPR's Morning Edition, Iranian President Mahmoud Ahmadinejad repeated a new and unexpected proposal — his interest in purchasing low-grade enriched uranium from the United States for use in a medical facility.

"We want the uranium, and we're willing to purchase it," Ahmadinejad told NPR's Steve Inskeep. "This is a good way to have exchanges."

There is little chance that the United States or the Europeans would look favorably on this idea as long as Iran is under sanctions imposed by the U.N. Security Council.

The U.S. decision to discuss the previously secret enrichment facility came after the Iranian government notified the U.N.'s International Atomic Energy Agency in Vienna about the plant's existence. The IAEA has requested access to the facility as soon as possible, and Iran is expected to comply. 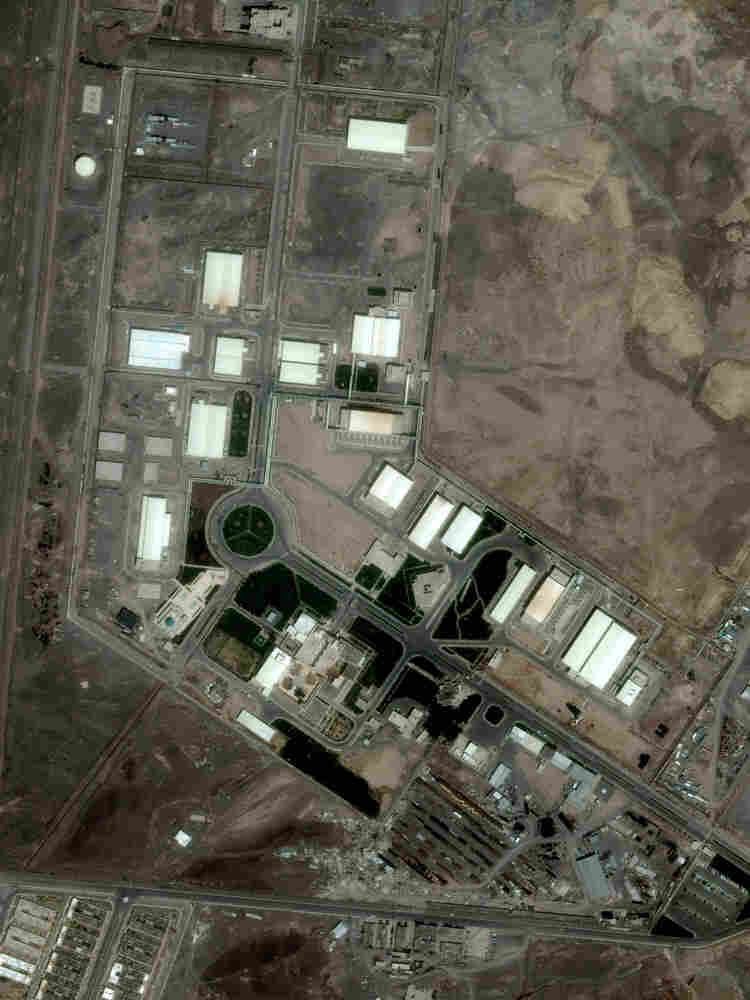 Iranian officials previously acknowledged having only one uranium-enrichment facility, at Natanz. The facility, shown here in a photo taken May 14, is about 150 miles from Tehran. AP/GeoEye Satellite Image hide caption 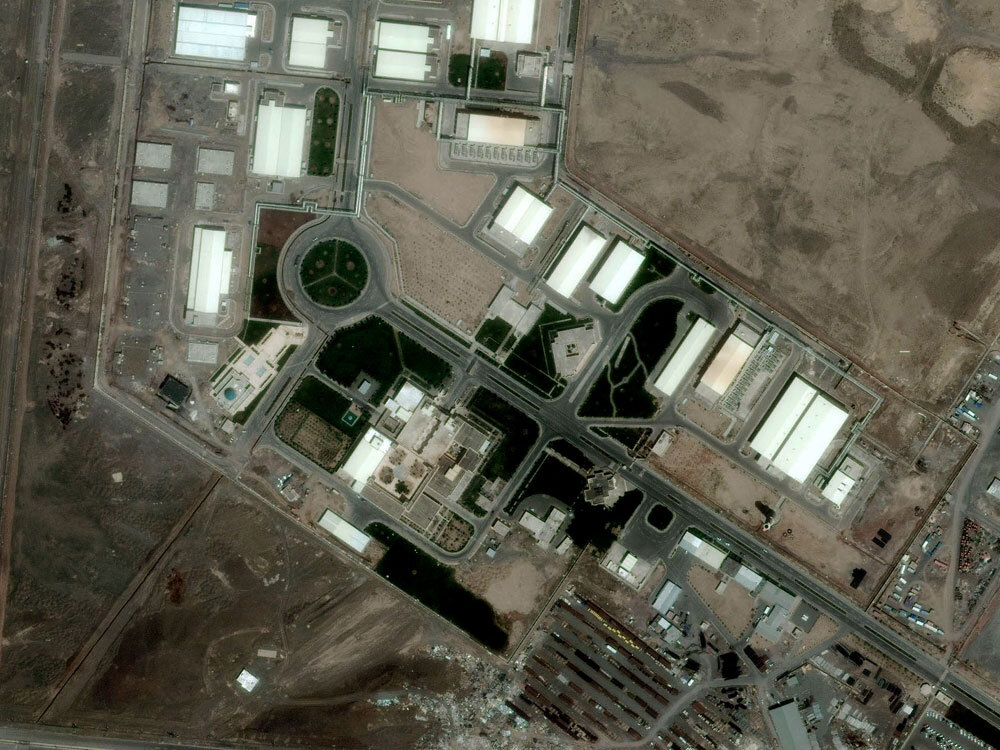 Iranian officials previously acknowledged having only one uranium-enrichment facility, at Natanz. The facility, shown here in a photo taken May 14, is about 150 miles from Tehran.

But Tehran says it was under no obligation to disclose the facility earlier. NPR's Mike Shuster notes that Iranian officials have long asserted that IAEA rules only require official notification six months before nuclear material will be introduced into a site. There is no sign that any nuclear material is present there yet.

U.S. officials dispute Tehran's interpretation, saying Iran is obligated to notify the IAEA as soon as it begins construction of a facility intended for nuclear use.

More broadly, the statement by Obama, Sarkozy and British Prime Minister Gordon Brown was also aimed at putting additional pressure on the international community to punish Iran if it doesn't come clean.

"This announcement simply confirmed what many people already believed to be true, namely that Iran has not been transparent with the IAEA," says Karim Sadjadpour, an Iran expert at the Carnegie Endowment for International Peace. "It further damages Iran's already threadbare credibility, and it will make it more difficult for some European Union nations and Russia to continue resisting enhanced punitive measures."

Still, it is not clear that all five permanent members of the United Nations will go along with a vote for tougher economic sanctions on Tehran.

Chinese officials have signaled their continued opposition to sanctions, making a new U.N. resolution potentially elusive. But U.S. officials had not yet briefed China on the existence of the second enrichment facility.

Obama did share details about the secret facility with Russian President Dmitry Medvedev when they met face-to face Wednesday, according to U.S. officials.

Medvedev displayed some apparent new flexibility after that meeting, conceding that sanctions are sometimes "inevitable." Russia, however, has long been the primary opponent to tougher punishment for Iran, and there has been no signal yet from powerful Prime Minister Vladimir Putin that Russia's position would change.

Experts say the international reactions that matter most in determining the Iranian response will come from Russia and from IAEA chief Mohammed ElBaradei in the coming days.

"If the Iranians look to see how things are going and people say, 'We've had enough, it's outrageous,' they might feel they have to make some concessions," says George Perkovich, a nonproliferation expert at the Carnegie Endowment. "If ElBaradei or the Russians say it's not that big of a deal, they will come full tilt and not make any hint of compromise next week."