Accessibility links
Local Produce Site Connects Restaurants, Schools To Farms With the popularity of locally grown vegetables soaring, a new Web site hopes to make it easier for chefs to find farmers in their area — and have produce delivered to their restaurants. The idea behind FarmsReach.com is to provide one-stop shopping for fresh produce from many farms at once. 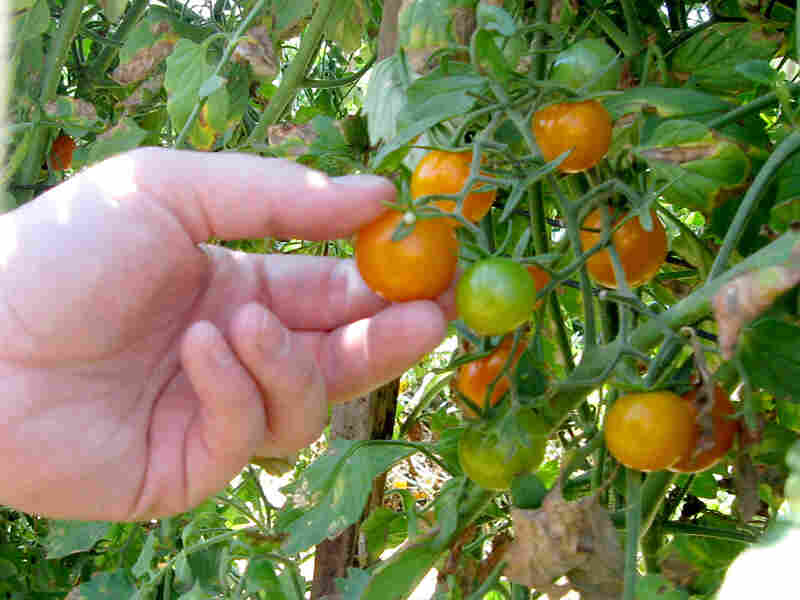 Hand To Mouth: These Sun Gold tomatoes can be on restaurant plates in San Francisco in less than 24 hours. Beth Hoffman for NPR hide caption 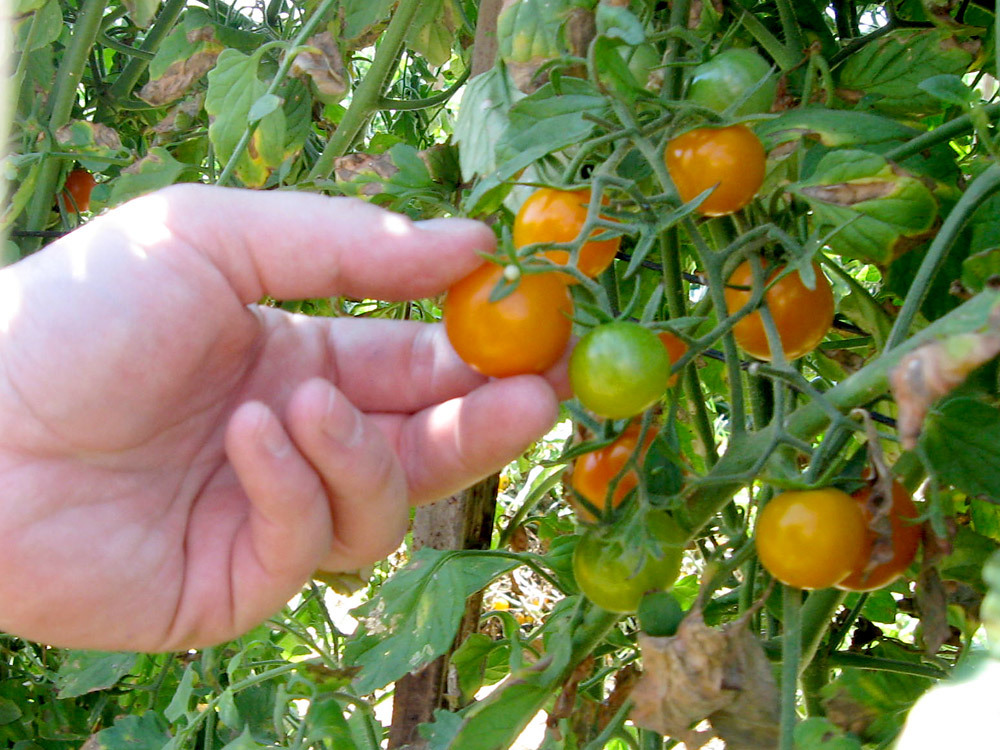 Hand To Mouth: These Sun Gold tomatoes can be on restaurant plates in San Francisco in less than 24 hours.

With the popularity of locally grown vegetables soaring, a new Web site hopes to make it easier for chefs to find farmers in their area — and have produce delivered to their restaurants. The idea behind FarmsReach.com is to provide one-stop-shopping for fresh produce from many farms at once.

FarmsReach launched in San Francisco's Bay Area last spring; its owners plan to expand to seven other regions around the country.

On the site, a restaurant buyer clicks on the products they want — sending an e-mail to the farmer, detailing the order and where to drop the produce. The direct relationship helps get at distribution problems that plague growers who need a bigger outlet than their local weekly farmers markets.

It's the height of harvest season in California, and the tomatoes are perfectly red and juicy. Many of us buy heirloom varieties at the farmers market, getting local produce one tomato at a time. But for restaurants and schools, the process is not quite so easy.

On a recent visit, Nettie's was serving a prawn salad with heirloom tomatoes from Capay Farms — organic Sun Gold tomatoes picked by hand just a short time ago in the Capay Valley in Northern California.

"The tomatoes really help brighten up the whole dish. They have a burst of sweetness and tartness," said Nettie's chef Brian Leitner. He used to spend a lot of time calling farms to get this kind of produce. Or he would shop booth by booth at the farmers market. But not anymore. 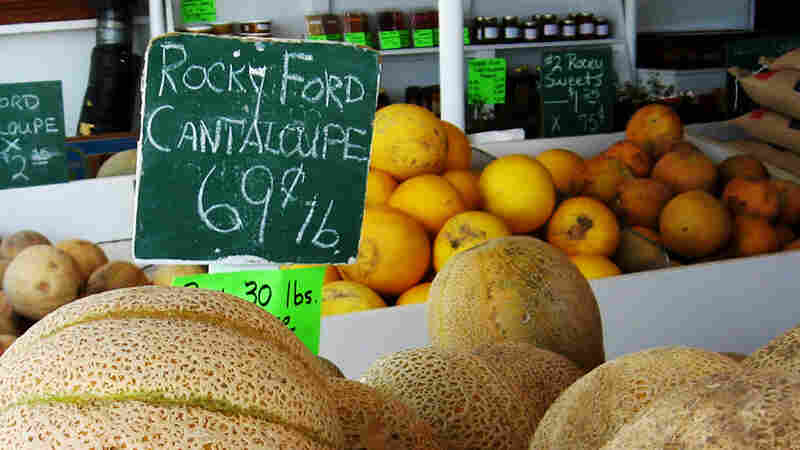 In this series, see what's growing on America's farms, in its gardens and across the countryside.

Logging onto the FarmsReach site, Leitner sees a long list of produce from farms all around the Bay Area — including Capay Organics, a farm Leitner found on the site.

Choosing from heirloom tomatoes such as red Brandywines and Cherokee Purples, Leitner clicks the boxes next to the produce he wants. The order goes straight to the farmers at Capay.

"We are not attempting to give the general public the opportunity to buy directly from a farmer. They have that opportunity at a farmers market," said Lana Holmes, FarmsReach CEO.

The site gives institutional buyers like schools and restaurants the ability to more easily buy food directly from nearby farms. That means more local food on more plates — and an extremely expanded marketplace for farmers.

Out at Capay Organics, about 90 miles away, Leitner's order arrives in the inbox of Fran Lewis, the farm's sales manager.

"It says there is an order placed by Brian at Nettie's Crab Shack," Lewis said. "And what I would do is go into our computer system and enter this sale. So now our farm workers know they need to harvest these items and get them on a truck tonight. Then it will go to the restaurant the next morning."

Lewis says that before FarmsReach, even finding restaurants that wanted to place a produce order was tricky business.

"A year ago, every afternoon I was calling between 10 and 20 restaurants, just blind-calling them," Lewis said. "I would Google, like, 'organically friendly restaurants,' " she laughed — "and sometimes I would be successful, but it was hit-or-miss."

Although FarmsReach has by no means replaced the cold calls yet, it is doing part of Lewis' work for her, bringing clients to Capay via the Web site.

And because she spends less time sitting at her desk randomly calling restaurants, Lewis now travels out to the fields to get to know her product better.

"A Sun Gold is almost like, when they hit the peak of sugar, it is just a beautiful, deep, setting-sun orange," Lewis said.

And not 24 hours after they're picked, those same golden cherry tomatoes are delivered to Nettie's Crab Shack in time to be on the restaurant's lunch menu.