Accessibility links
'Thirtysomething' Withstands The Test Of Time Twenty-two years after its debut on ABC, the iconic TV drama about yuppie family life is back — in DVD form. Critic David Bianculli reviews the first season of thirtysomething, and reflects on what made the show both infuriating and fascinating. 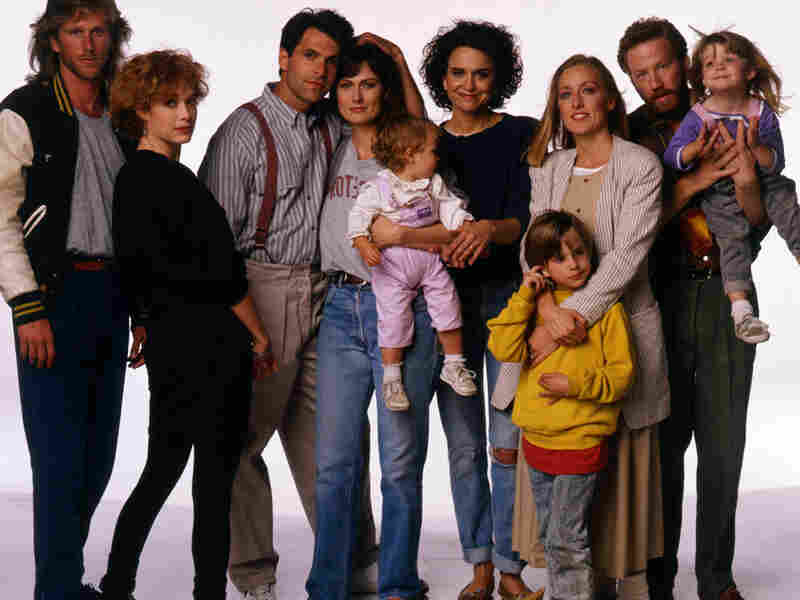 The series thirtysomething focused on the lives of seven upwardly mobile friends, all in their 30s and living in Philadelphia. ABC hide caption 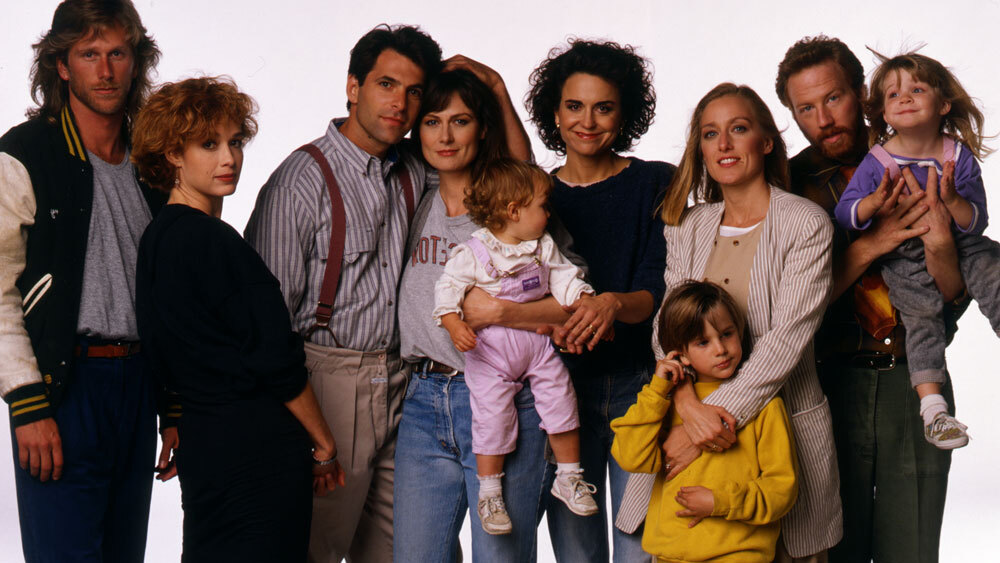 The series thirtysomething focused on the lives of seven upwardly mobile friends, all in their 30s and living in Philadelphia.

It's been 20-something years since the premiere of ABC's thirtysomething — 22 years, to be exact. Shout Factory has just released a DVD set of Season 1. It took that long because of the music: The series used a lot of popular songs on the soundtrack, songs whose rights were expensive to secure for home video. But they're all in there, so what you'll see when you watch this complete first-season set is what audiences saw and heard back in 1987.

That's the good news, but it's also the bad news.

I vividly remember hating thirtysomething when it premiered. I was 30-something then and married with two young kids of my own, so I should have loved it. Many of my friends did. But to me, these yuppie characters were either too noble or too whiny, and all of them spent far too much time talking about their feelings.

But I also remember not giving up on the show, and eventually being won over. Not long into the run of thirtysomething, as both the characters and their problems became more substantial, I was hooked: Eventually one of the characters got cancer; another died in a traffic accident; and others went bankrupt and had to work for a satanic boss at a large corporation.

Looking at the first season, after all these years, supports both of my initial impressions. Series creators Marshall Herskovitz and Ed Zwick, who went on to have enviable careers in both TV and movies, started awkwardly, but were fast learners. Despite some solid performances and funny scenes, though, the first three episodes of thirtysomething are just as off-putting as I remembered them. Honestly, when one of the big conflicts is having to postpone a reservation to play squash, I don't want to embrace these characters. I want to slap them.

But in Episode 4, a conflict at a dinner party between two of the characters — the long-married couple Nancy and Elliot — is re-enacted from four separate perspectives, each with a distinctly different take on what happened. It's a very clever episode, and a very ambitious one. And from that point, thirtysomething keeps getting better and better.

The conflict between Nancy and Elliott, for example, is explored fully rather than solved and tucked away after that one episode. They spend much of the season sniping at each other, subtly but constantly, until they finally decide to go see a marriage counselor. Their sessions play like an '80s version of HBO's In Treatment, with small complaints eventually leading to big observations.

These sorts of scenes, and discussion, were rare on broadcast TV then. It's rare on broadcast TV now — dramas about everyday life are as few and far between in the start of this century as they were at the end of the last one. So even though it took the show awhile to find its true voice, give thirtysomething credit for looking for inspiration, and meaning, in the little things.

Where the show also deserves credit — and this is much more clear in retrospect — is in its eye for talent. Some of the regulars have starred on other terrific shows — Ken Olin on EZ Streets, Tim Busfield on The West Wing. And almost every episode in this first season serves up a surprise. The ditsy receptionist at Michael and Elliot's ad agency? She was played by a very young Faith Ford, pre-Murphy Brown. And that's Terry Kinney, who went on to HBO's Oz, as Ellyn's boss and eventual boyfriend. And that extended salute to Hitchcock films, in which Gary falls in love with a woman for the first time? That was written by Paul Haggis, who went on to create EZ Streets, as well as to write the movies Million Dollar Baby and Crash. And the enchanting young woman — she was played by Dana Delany, before the rest of us fell in love with her on China Beach.

The closely bonded young adults of thirtysomething paved the way for such subsequent television series as Seinfeld and Friends, for example, but those were sitcoms. As a drama, thirtysomething was, and is, something special. The series definitely has its place in TV history — and deserves a place on your home-video bookshelf, as well.

David Bianculli writes for TVWorthWatching.com, and teaches television and film at Rowan University.