Accessibility links
Poetry At Six The nurse left work at five o'clock. Having written the sentence on the chalk board, Mr. Treadwell turns to his students. "What's the meter here? Anyone?" 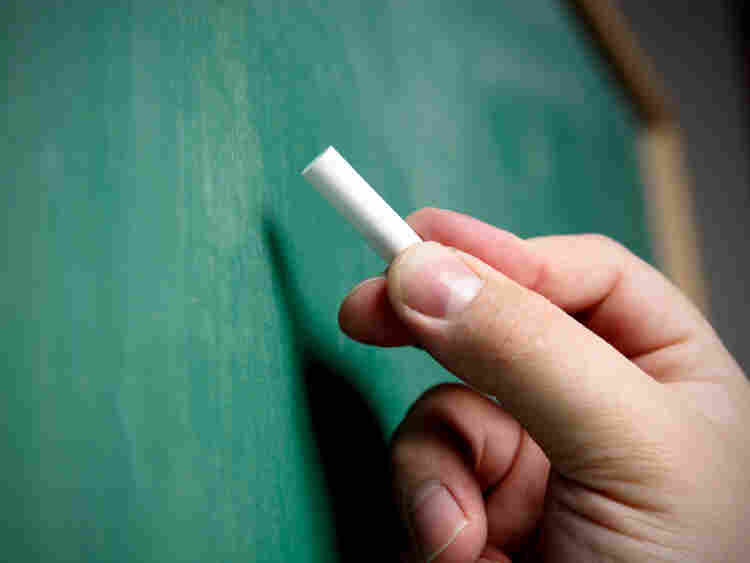 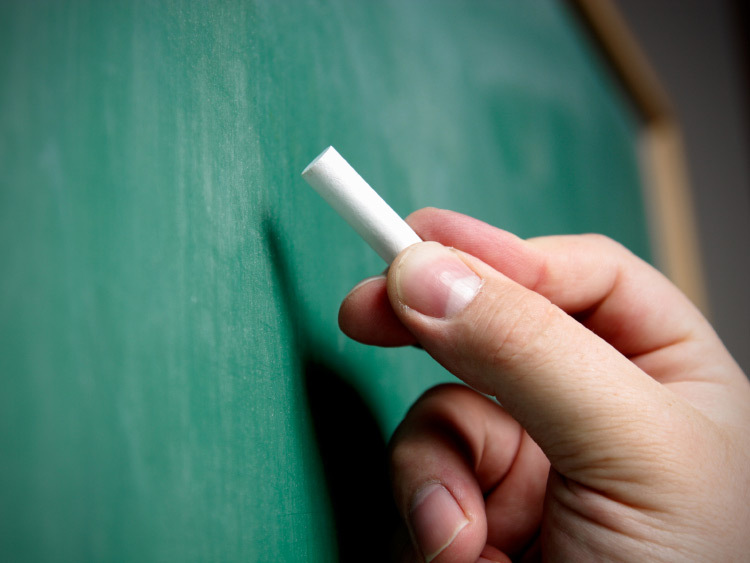 Having written the sentence on the chalk board, Mr. Treadwell turns to his students. "What's the meter here? Anyone?"

Fluorescent lights in the hallway flicker and hum. Mr. Treadwell sighs. He's been reduced to this: teaching a six-week poetry course in the community college's adult ed program.

The woman who always comes in late raises her hand. "Yes, Rose?"

"Thank you. And what's the name for this foot that Rose has so ably described? Anyone?"

Despairing of a response, Mr. Treadwell writes "iamb" on the board with a flourish. "What's the sound of an iamb, class?"

"Excellent, Homer. The sound of an iamb is da DUM short LONG weak STRONG. You line up four iambs for this nurse and what happens?"

Mr. Treadwell nods. "We call that 'assonance' in the trade."

Stewart, sitting in the back row, snickers.

"Recognize yourself in that, Stewart? Tell me, where do we find the consonance in this line?"

"It's in the consonant 'k' sound, repeating at the end of 'work' and 'clock.'" Mr. Treadwell surveys the room. "All in all, what do these seven words pack into this poetic line?"

Mr. Treadwell's eyebrows arch. "And then what happens?"

"She lands hard on the 'clock,' that final 'k.' She's at a standstill. She doesn't know what to do."

"Maybe you can give her a few pointers." Mr. Treadwell checks his watch. "Your assignment for next week: Write a poem of eight lines; use this line as your first. See you Wednesday."

Rose gathers her purse and coat and leaves the classroom. She has skirted the subject of poetry, preferring classes in photography, French cooking, wine-tasting. Poetry? Daunting. All those rules, the impossibility of rhyming.

At the hospital the next morning she greets a frail man who's come to visit one of her patients. Rose directs him down the corridor to Mrs. Robertson's room, watching as he leans on his cane and limps down the hallway: left RIGHT. She catches up with him and takes his arm.

Rose passes her patient's doctor in the hallway. They nod.

The following Wednesday, Rose leaves the hospital as usual, catching the 5:25 bus to the college. As usual, she's 10 minutes late to class.

Stephanie's at the front of the room, reading her eight-line poem.

The nurse left work at five o'clock.
Two pears ripen in her kitchen.
She stops for cream and cinnamon.
Seven pearls fall from her pocket.

Rain falls until ten o'clock.
His headlights glitter flecks of gold.
Two pears ripen in the speckled bowl.
A flight of stairs, a crimson door, he knocks.