Accessibility links
Often Left Out, U.P. Ducks Michigan's Worst Woes If there's a Michigan map in your mind, it probably looks like a mitten. The Upper Peninsula — separated from the rest of the state by the Great Lakes — often gets left off the map entirely. While that can be irksome, the remote nature of Michigan's northern section can also insulate it from the rest of the state's economic distress. 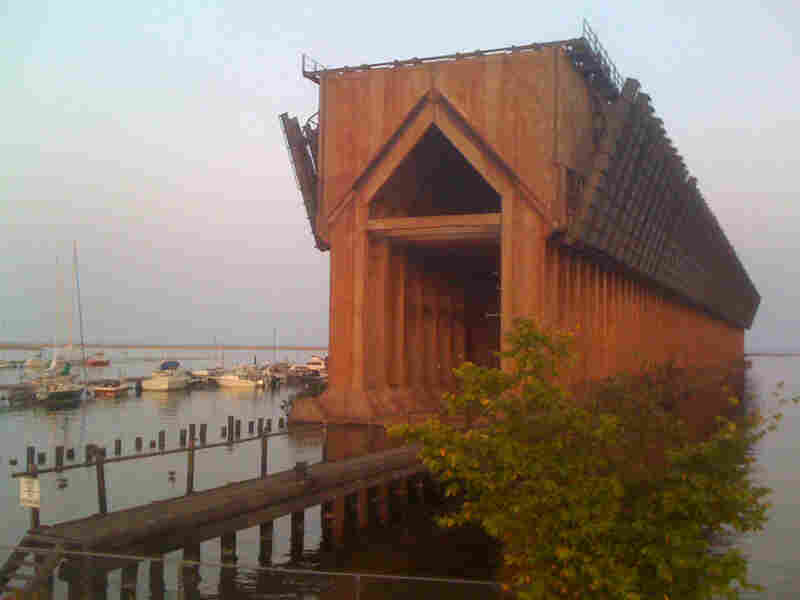 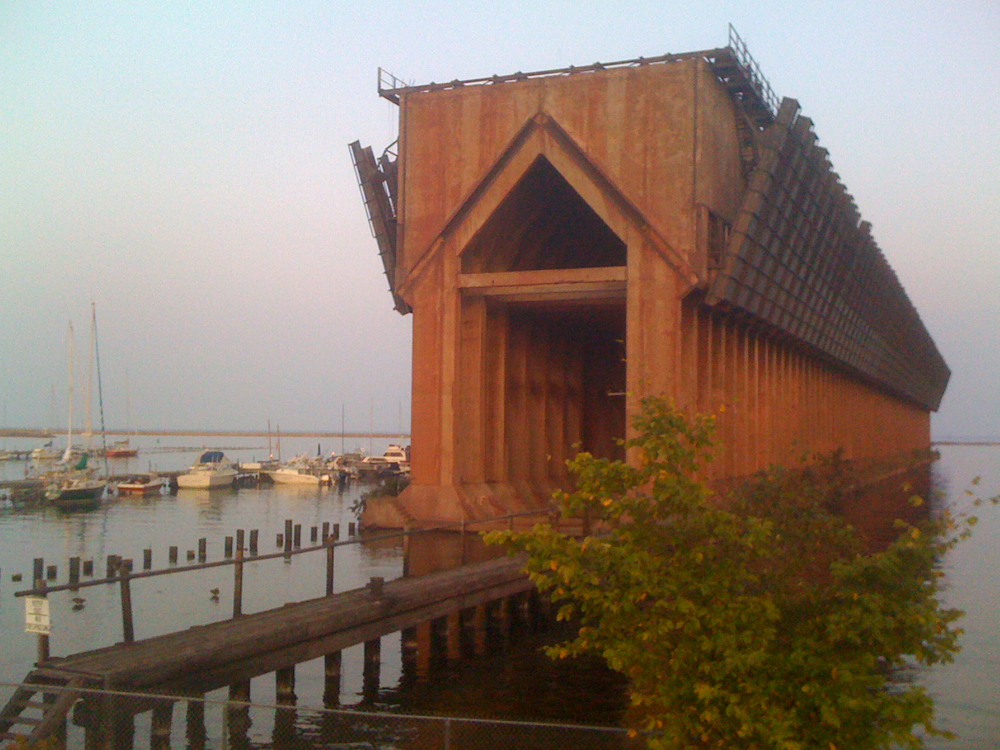 A decommissioned ore dock sits in Marquette Harbor, a reminder of the area's mining history.

If there's a Michigan map in your mind, it probably looks like a mitten. The Upper Peninsula — separated from the rest of the state by the Great Lakes — often gets left off the map entirely.

While that can be irksome, the remote nature of Michigan's northern section can also insulate it from the rest of the state's economic distress.

Lahti stands up for the U.P. in Michigan's Legislature. Earlier this year, Lahti was appalled when a Michigan Economic Development Corp. ad left the Upper Peninsula out.

"There was a MEDC ad that was shown nationwide, with Jeff Daniels, which promotes Michigan as a place to come for good business, good high-tech industries and also some tourist industries," Lahti says. "They finished the ad just showing the Lower Peninsula on it."

Lahti introduced a resolution to require all official maps of Michigan to include the Upper Peninsula, a land mass that makes up 30 percent of the state but only 3 percent of the population. The bill passed this summer.

"It just happens a lot. MEDC does a tremendous job for Michigan promoting business here," Lahti says. "But this is just something that was a chance to make sure that at least the state gets it right and puts us on the map."

While the U.P. now legally shares the map with the rest of Michigan, its economy is decidedly different. For example, it's not as tied to the auto industry as the Lower Peninsula.

Because we're so remote up here, many people have relied on the technology to communicate with people all around the globe.

"We have been somewhat protected from the woes of the Lower Peninsula because we're a more diversified economy," says Tawni Ferrarini, director of the Center for Economic Education and Entrepreneurship at Northern Michigan University. "But then, we have some interesting issues."

The Upper Peninsula's economy "is struggling, like most economies, especially when you put it in the context of the Michigan economy as a whole. Michigan leads the nation in unemployment," Ferrarini says. "We've got Baraga County, where one out of every four people are unemployed, but then you look at Mackinac County and you see we have about 2 percent there because of the tourism surrounding the island, Mackinac Island, a beautiful place."

Although there are pockets of high unemployment on the Upper Peninsula of Michigan, the economy there is relatively stable despite the recession. Lahti credits the diversity of industries, including minerals, forestry, tourism and agriculture. 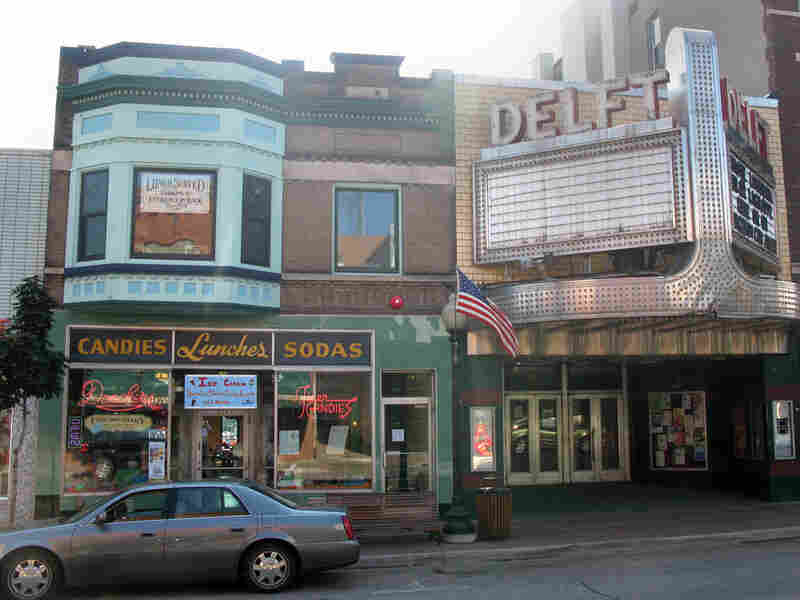 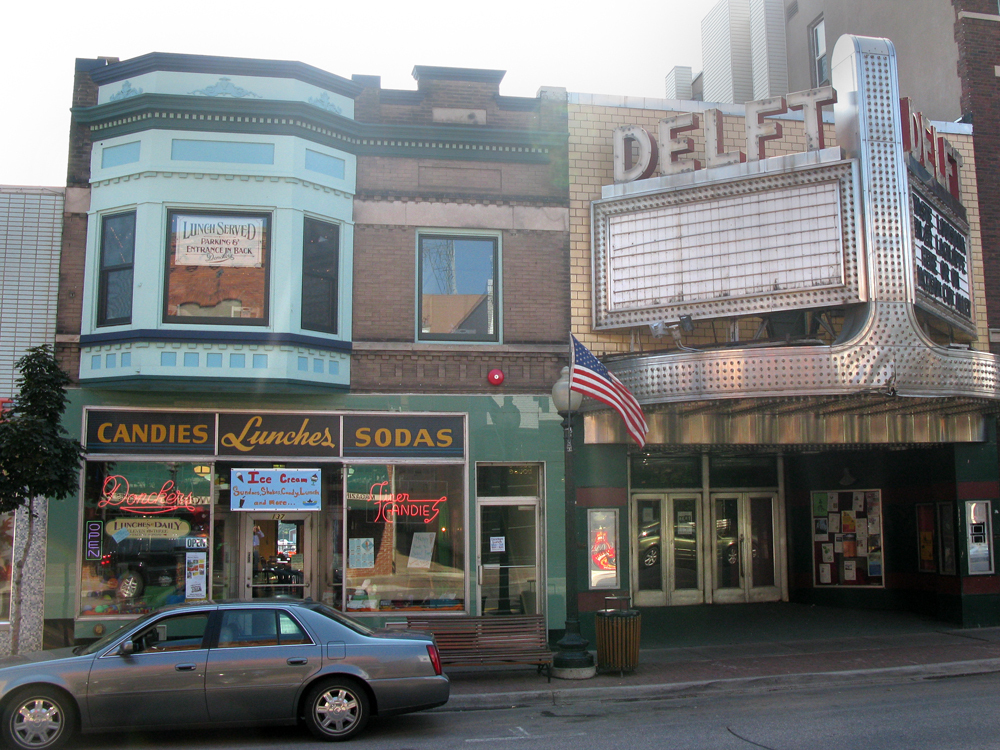 A drive through downtown Marquette shows more open signs than closed on the doors of local businesses.

"We've got three good universities — Lake Superior State, Northern Michigan University, Michigan Tech — and private school Finlandia in Hancock," Lahti adds. "So education is big, and because of education we're getting some companies moving in and utilizing the knowledge around the university."

In Marquette, home to Northern Michigan University, a drive through town shows more open signs than closed on the doors of local businesses. There are unique shops, too, including a bingo supply store and a historical photography place. Ferrarini says the remoteness of the U.P. has helped these sorts of mom-and-pop shops to survive.

"Because we're so remote up here, many people have relied on the technology to communicate with people all around the globe," she says. "So you'll find, not so much with the bingo store, but the historical photos, trophies or even safety shops — the Internet is our friend. And so we're able to market not only to the people who reside in the area, but people who live outside the United States as well as in different parts of the U.S."

Joe Esbrook is one of the people promoting that aspect of the U.P. economy. He's the director of business and community development for a work force development program called Michigan Works.

"If you look at the Upper Peninsula, even though we are a sticks-and-stones economy — sticks meaning logging and stones meaning mining — we do have a lot of hidden secrets up here," Esbrook says. "One of them is that we're probably one of the most wired rural regions in the United States." 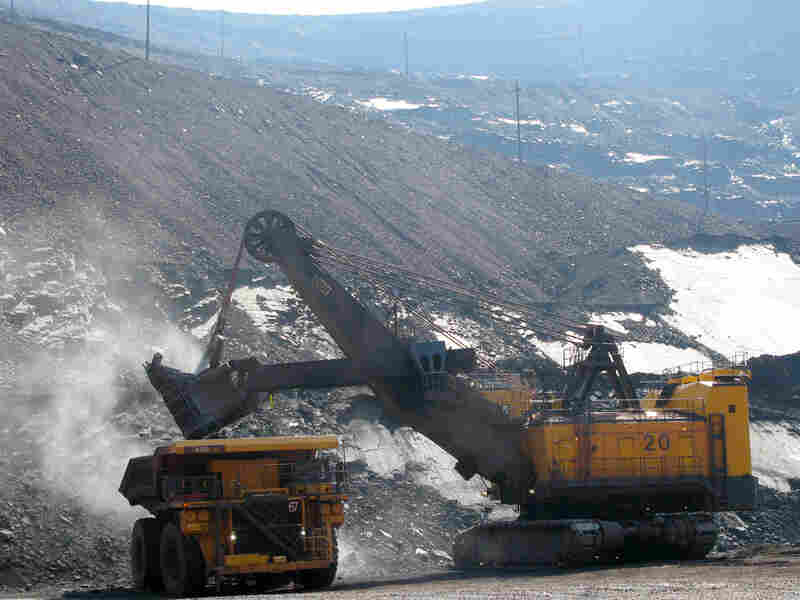 A shovel dumps rocks into a truck at Empire Mine near Ishpeming, Mich. Ned Wharton/NPR hide caption 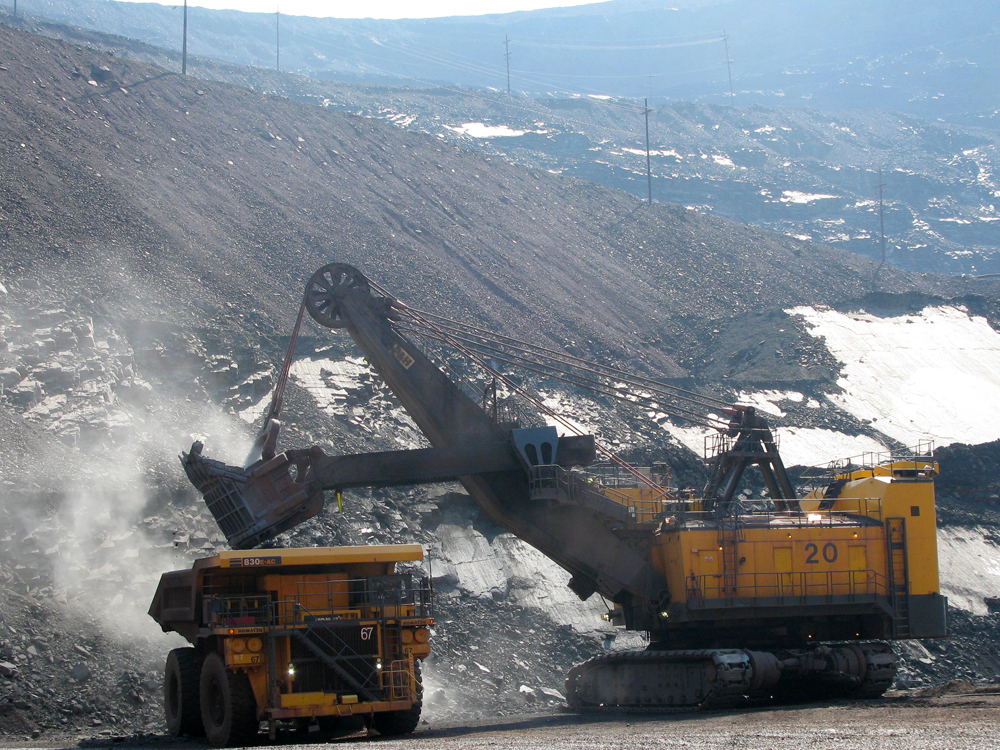 A shovel dumps rocks into a truck at Empire Mine near Ishpeming, Mich.

Esbrook agrees that the U.P. is also more diversified than its lower neighbor, and says that's one of the issues in Michigan. "The Lower Peninsula gets all the excitement, and it's bad excitement right now because of the auto industry and all the pain and suffering that's going on there," he says. "But we do have an independent organization up here of forward thinkers that are coming together and becoming more regional. We realize that's probably the way we're going to combat the global economy and everything that's going on outside the Unites States."

But while high-tech developments and creative use of computers are essential to the economic survival of the Upper Peninsula, at heart, this is still a mining community.

"We've had mining there since 1847, a couple years before the gold rush," Lahti says. He says the area boomed around 1900, when thousands worked the copper and iron mines around Marquette, Hancock and Houghton. And mining still has prospects today, he says.

Economically speaking, however, Ferrarini says the mining industry doesn't contribute all that much to the Upper Peninsula's economy. "Surprisingly, it only accounts across the entire peninsula for about 4.5 percent of the total jobs here," she says. "But we have to take that within the context of the history of the U.P., because mining basically created the fabric on which all of us are moving today."