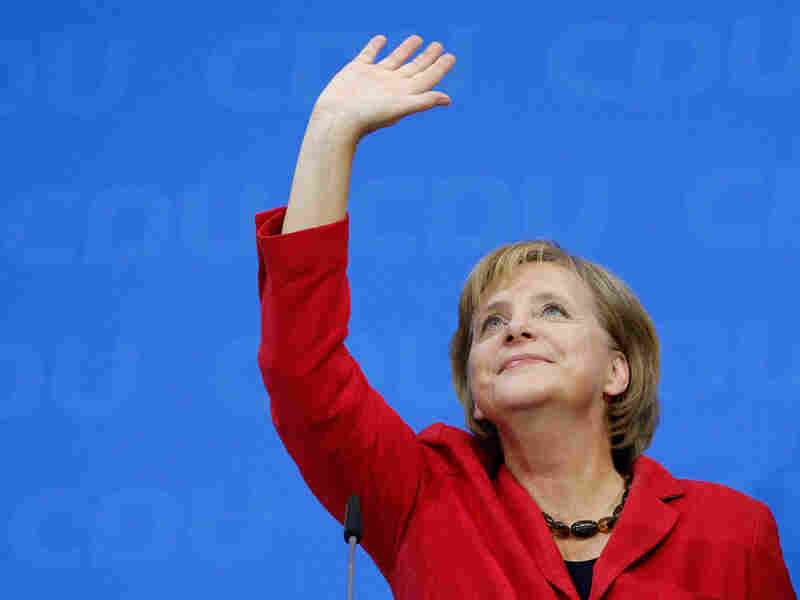 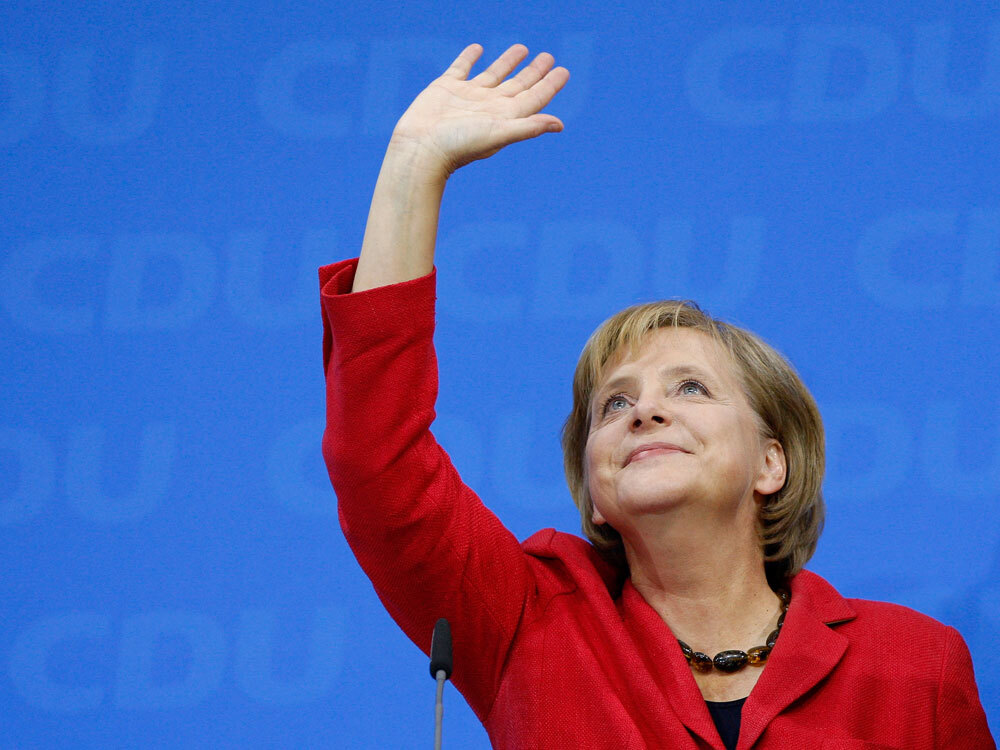 German Chancellor Angela Merkel of the Christian Democratic Party celebrated winning her second term after the German general elections in Berlin on Sunday.

Incumbent Chancellor Angela Merkel and her Christian Democrats did well enough in their election victory Sunday that they will be able to switch coalition partners and form a new center-right government, while the center-left Social Democrats suffered a stinging defeat.

Amid shouts of "Angie! Angie!" a beaming Merkel told a crowd of supporters at her party headquarters in Berlin, "We've done something fabulous tonight." Germany's first female chancellor vowed that in her second term, she would stimulate growth, create new jobs, cut taxes and continue to guide Europe's largest economy out of recession.

"We said we wanted another government to maximize growth and, with that, jobs. We can really celebrate tonight," Merkel said.

Merkel, whose party received 33.7 percent of the vote in unofficial election returns, is now poised to form a new coalition with the pro-business Free Democrats, which received a record 15 percent of the vote. Merkel can now ditch her partnership with the center-left Social Democrats, or SPD, ending the "grand coalition" that has ruled Germany for the past four years. Merkel is now likely to get a better chance to implement her party's moderate conservative policies and show that they can pull Germany further out of the worst economic crisis in decades.

Harald Muschlin, a support of Merkel and the Christian Democratic Party, says he hopes the new conservative coalition will give a boost to the middle class.

"Germany has achieved everything only with the help of its middle class," Muschlin says. "All of today's wealth comes from the medium and small businesses. And right now, you just can't climb up anymore. Now, maybe we can."

The results are a huge victory for the Free Democratic Party and its leader, Guido Westerwelle, who is likely to become Germany's next foreign affairs minister. Analysts say Merkel may have to accommodate some of Westerwelle's more radical tax-cut and pro-market reform proposals.

Social Democratic challenger Frank-Walter Steinmeier — who served as foreign minister for four years in the uneasy coalition with Merkel — conceded defeat shortly after the polls closed. The 53-year-old called it "a bitter defeat" for his party and vowed to regroup in the opposition.

The SPD's 23-percent support is a post-World War II low, and ends the party's 11-year run in power as part of a coalition.

The four years of a "grand coalition" have weakened Germany's leading parties and have made many voters tired of the political bickering.

Gunther Schulze of Berlin, a longtime SPD supporter, says his party has swung too far to the political right, and now it's time to rebuild.

"We lost young people and some longtime members from the trade unions to the Left Party [Die Linke]," he says. "I hope there will be a new SPD now, that we will renew with new people, new leadership and fresh blood," Schulze says.

Meanwhile, the Left Party, composed of disenchanted former Social Democrats and former East German Communists, got 12 percent of the vote and likely drew support away from the SPD. The Left Party advocates withdrawing German troops from the NATO mission in Afghanistan and taxing all wealth exceeding 1 million euros, or about $1.4 million. The leftist anti-nuclear Green Party got 10 percent of the vote.

Silviu Mihai in Berlin contributed to this report.