Accessibility links
More Women Hunt, Seeking Food And Togetherness Around America this fall, hunters are stalking everything from birds to bears. An estimated 12.5 million Americans hunt — a number that has fallen in the past 15 years. But the number of female hunters has held steady — and more young girls than ever are hunting. 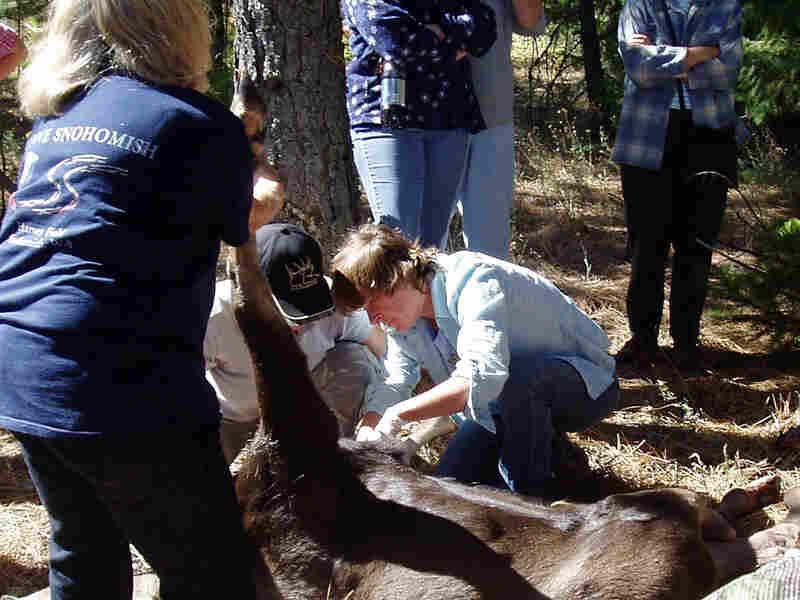 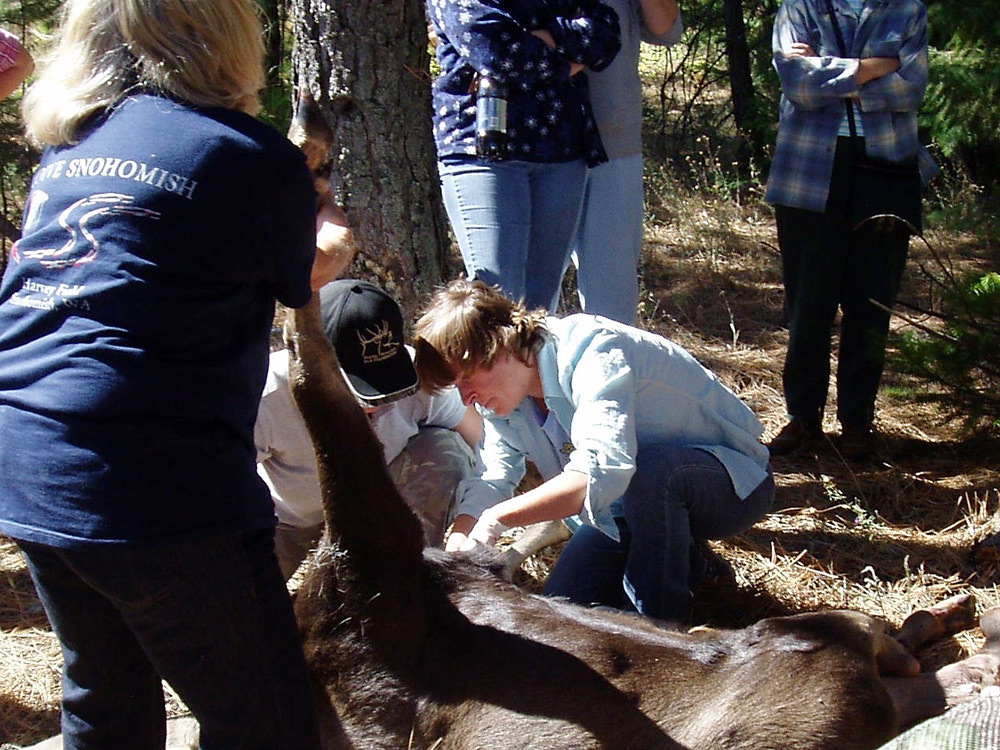 Around America this fall, hunters are stalking everything from birds to bears. An estimated 12.5 million Americans hunt — a number that has fallen in the past 15 years. But the number of female hunters has held steady — and more young girls than ever are hunting.

At a recent women hunters' workshop in Coeur d'Alene, Idaho, about two dozen women stand in a semicircle in woods next to the local rifle and pistol club.

On the ground are two animal carcasses. Julie McKarley is kneeling next to one of them, a dead deer. A conservation officer with the Idaho Fish and Game Department, McKarley is teaching the women how to remove the deer's innards.

"So I cut through the abdominal wall," McKarley says, speaking over the sound of nearby rifle shots.

"I have my finger in here. Take your two fingers, or have your finger right behind it, and just cut through. This animal was hit and it's bloating up, so it's not going to be as pretty."

Most of these women have never hunted. But they're here to learn — about shooting, navigating in the woods and how to prepare what they've killed for the trip home.

"Does anyone want to practice gutting and skinning here?" McKarley asks.

Jean Spencer steps forward. "I do," she says.

Spencer says she came to this workshop to prepare for the fall elk hunt.

"My first time. I've never done it before," she says. "This is going to be my first year."

Her husband is a longtime hunter, Spencer says, adding, "My mom's done it for years, and we want to go out with him and bond more, so I'm going to do it." 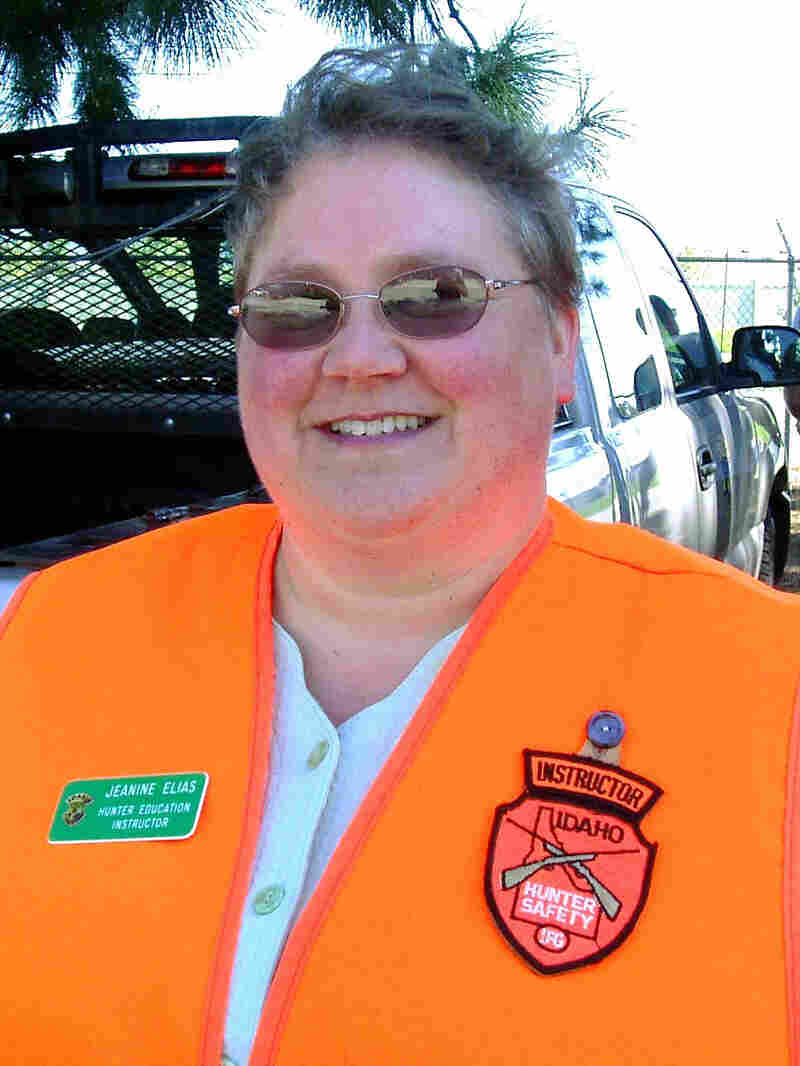 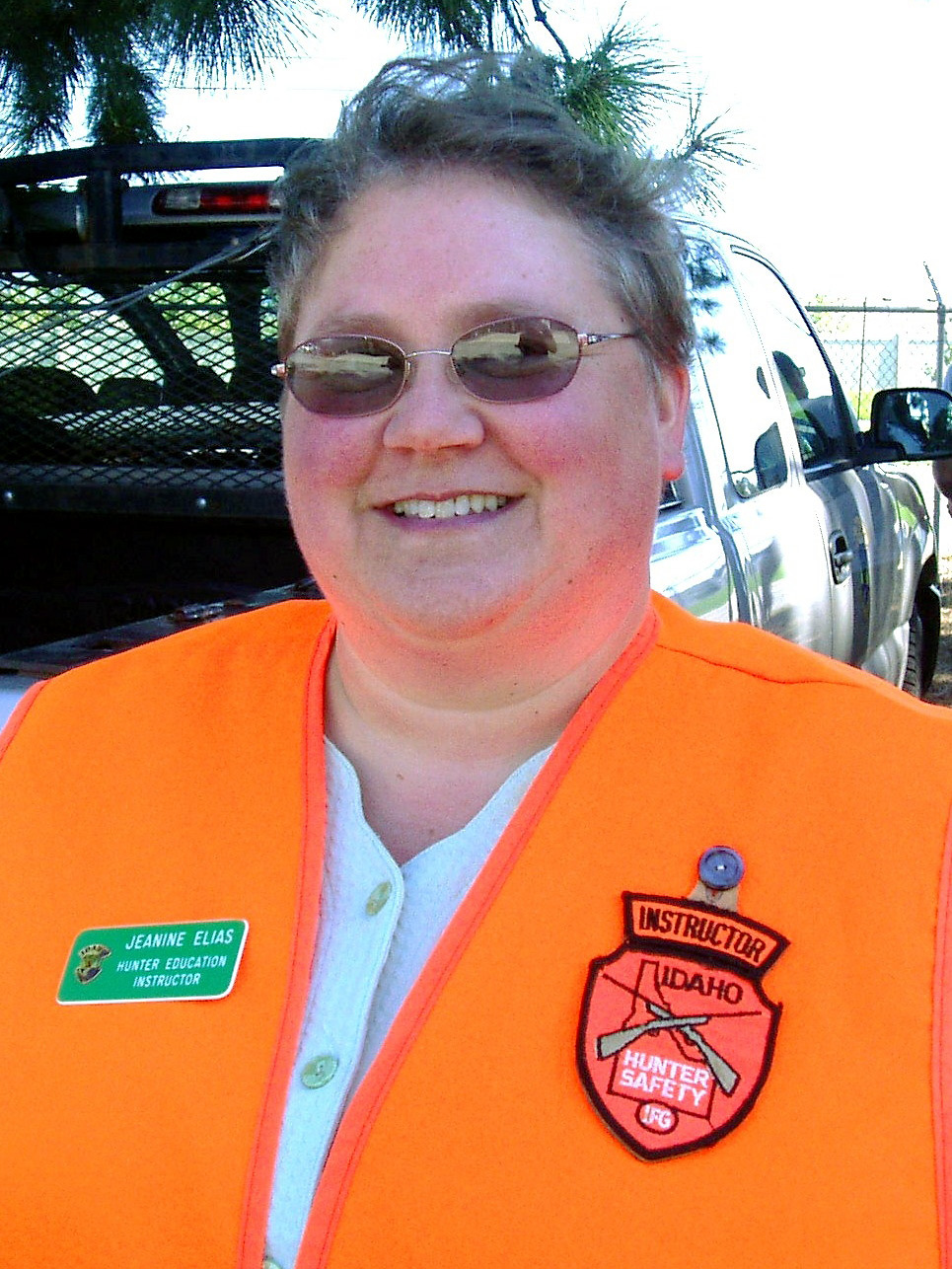 According to the U.S. Fish and Wildlife Service, 1.2 million women hunt in America. They account for 9 percent of the total hunting population. The number of male hunters is falling, while the number of women who hunt is stable. And there's one group among them that's actually growing.

"The numbers of girls who are hunting is increasing exponentially," says Holly Heyser, who writes a women's hunting blog she calls NorCal Cazadora.

"There are a lot more dads who take their girls hunting," she says. "It used to be a father-son activity and now, you know, I see lots of dads taking out their little girls, and they're happy to be out there."

McKarley was one of those girls introduced early to hunting. In fact, when she talks about hunting, it's often in the context of family. Last season, she hunted elk with her mom and dad.

"And it made for this great family outing. My mom has lots of pictures of it, and she says that's one of her best memories — of going out on this elk hunt and camping out with us and having a great time."

That kind of enthusiasm can be infectious in workshops like this one. McKarley says some of her former students have come back with their own stories.

"A lot of them are excited. They've been out for the first time. They can't wait to show us their first kill," she says.

At the shooting range, hunting instructor Jeanine Elias and her husband, Larry, are training the women to hunt with bows and arrows and rifles.

Jeanine Elias says women make good hunters because she believes they're more patient than men, and their expectations are lower.

There is another sign that hunting is catching on with women — apparently, TV hunting shows are featuring more adventures by female hunters.

But whether that will translate into more women hunting may not be known soon: The Fish and Wildlife Service won't conduct its next count of hunters until 2011.