Accessibility links
Investigators Probe Death Of Census Worker Authorities have divulged little in the investigation into the death of a census worker in Kentucky. Bill Sparkman, 51, was found hanging from a tree at a rural cemetery in Clay County earlier this month. A rope was around his neck, and the word "fed" scrawled on him. 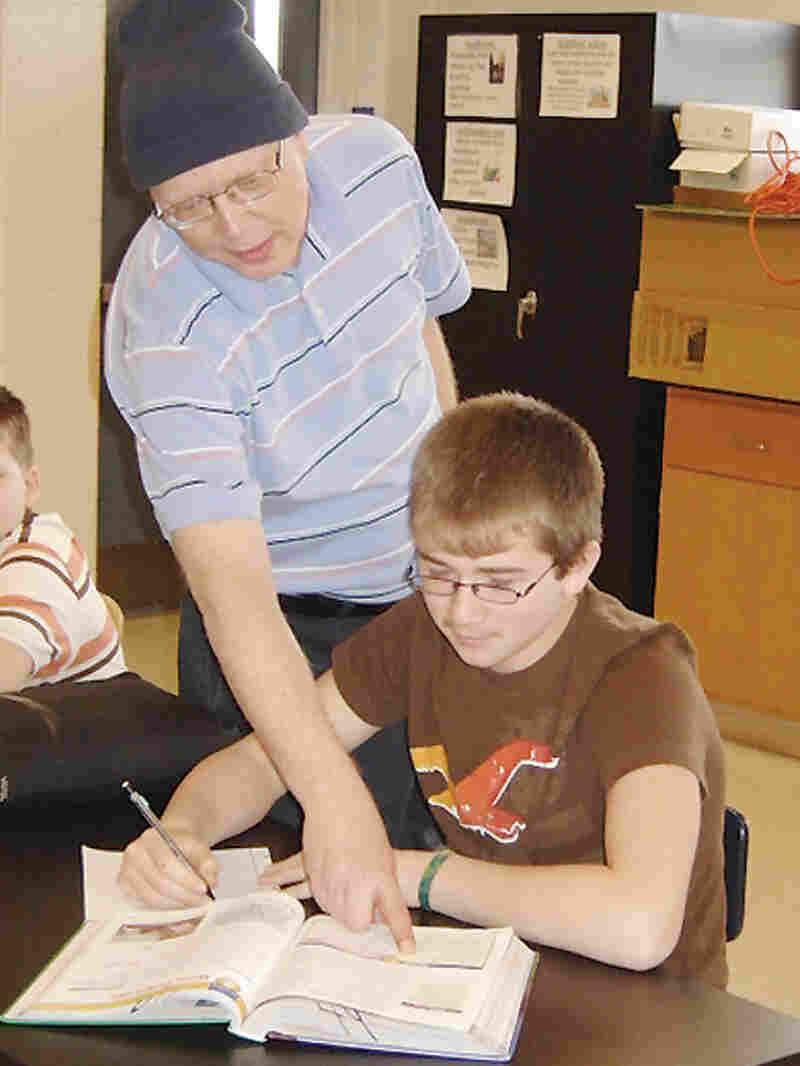 In this undated 2008 photo, Bill Sparkman is seen with a seventh-grade student during a lesson about sound waves. AP/The Times-Tribune hide caption 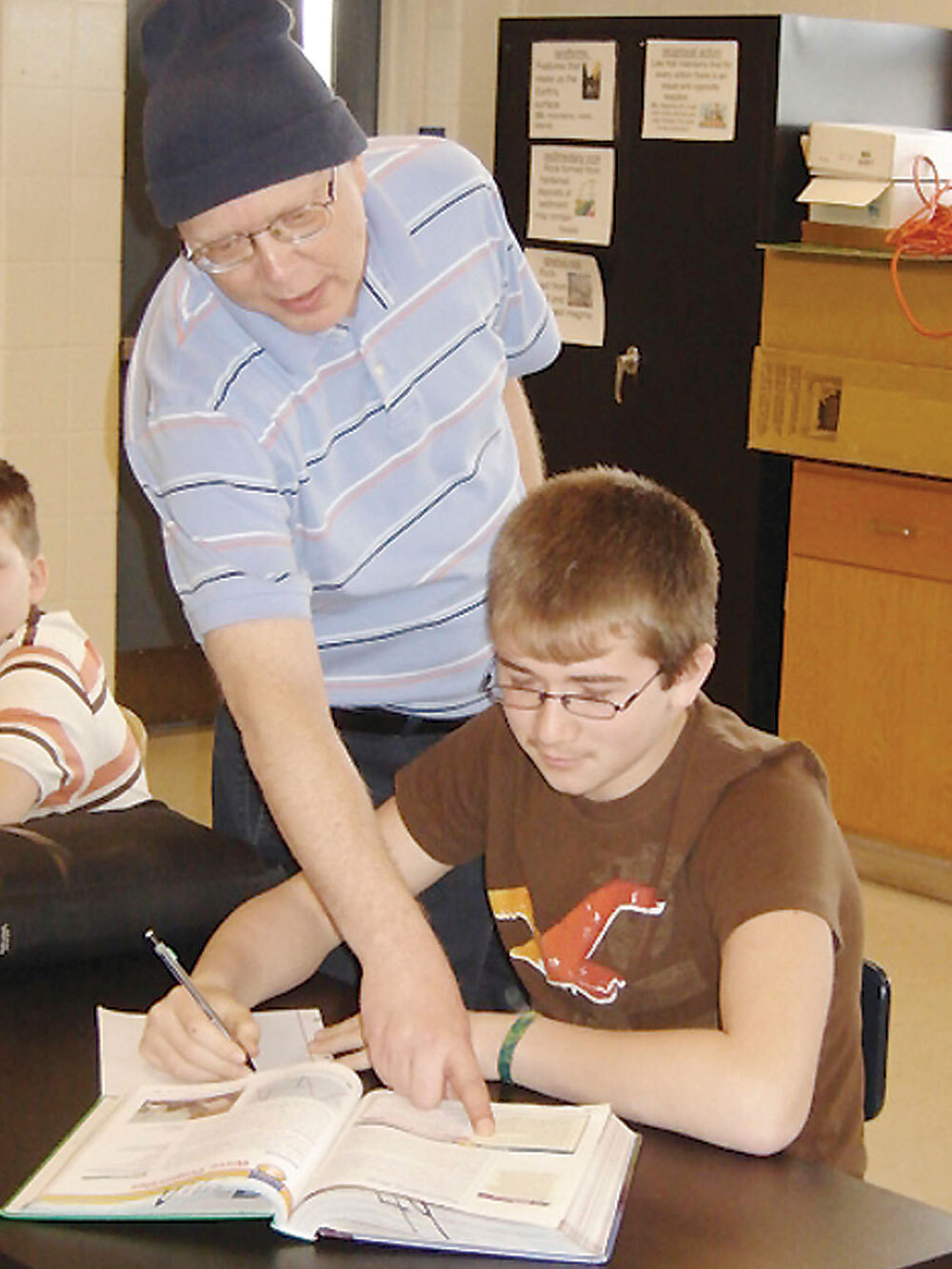 In this undated 2008 photo, Bill Sparkman is seen with a seventh-grade student during a lesson about sound waves.

Federal and state authorities in Kentucky are investigating the mysterious death of 51-year-old Bill Sparkman, a U.S. Census Bureau worker whose body was found in a national forest in the southeastern part of the state.

The circumstances surrounding his death have Sparkman's friends wondering why and officials divulging little about their investigation.

Bill Sparkman was by all accounts a busy man. A former Eagle Scout leader, Sparkman moved to eastern Kentucky from Florida, took a job as a classroom aide to help his young son in school and got a teaching degree from an online college. He substitute taught and went door-to-door as a part-time census worker.

Gilbert Acciardo, the family resource director for Johnson Elementary School in London, Ky., where Sparkman lived and worked, says students looked forward to the days when Sparkman filed in.

"They'd say, 'Who's coming over today? Who's going to be watching us today?' And I'd say 'Mr. Sparkman,' and they would be so excited," Acciardo says. "Probably out of all the people that did the after-school care program, he was the most well thought of. I don't know why. They just had a good rapport with him, and he with them."

Sparkman received his teaching degree through online classes from Western Governors University, based in Salt Lake City, and he drove to Utah to attend and speak at his commencement. He was battling cancer at the time.

"I have to say a very special thank you to the staff and students at Johnson Elementary School in London," Sparkman said during his speech. "I spent nine glorious years there, but the last several months have had their ups and downs, and they have cheered me on through all of it. And I would not be feeling as good as I do without their support." 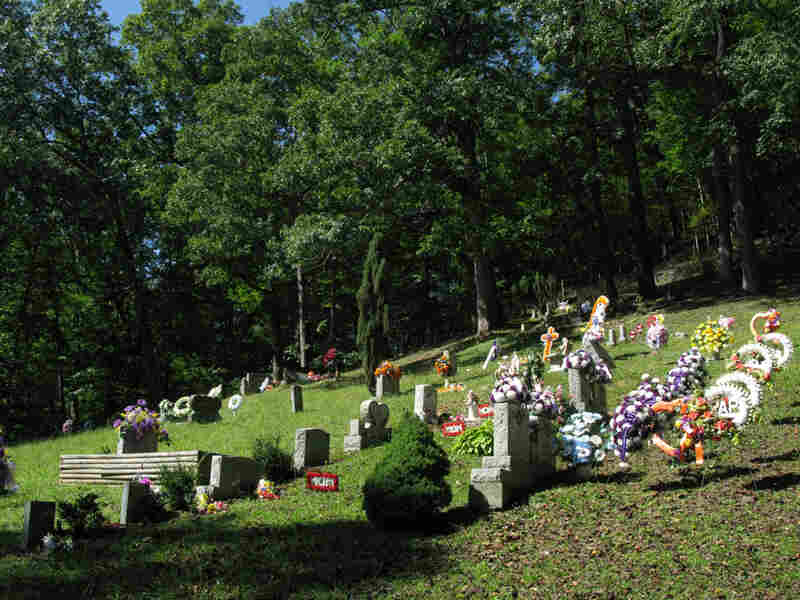 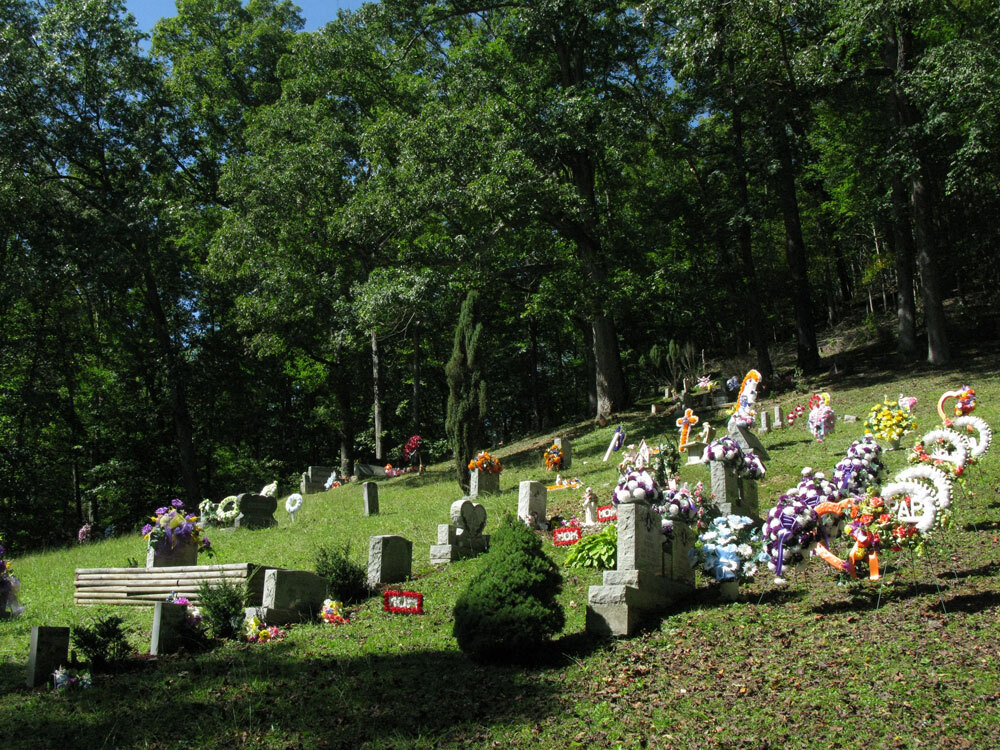 Sparkman's body was found at Hoskins Cemetery, located on a hillside within the Daniel Boone National Forest. It is a tranquil spot, well hidden. Its solitude is disturbed only by the chirping of birds and the rustling of leaves.

A pair of discarded latex gloves underneath a tall oak marks the spot where Sparkman's body was discovered.

A rope had been tied around his neck, police say, and looped over a tree branch, but his feet were still on the ground. The man who found Sparkman's body told The Associated Press that he had been bound and gagged, and was nearly naked.

According to the Clay County coroner, on Sparkman's chest, written in a red marker, was the word "fed." His census identification was reportedly taped to his neck.

Investigators have been tight-lipped.

"It's a death investigation, which means we've not been able to rule out anything other than natural causes," says Don Trosper, a spokesman for the Kentucky State Police. "There's all kinds of rumors, speculations and innuendo, and we deal in facts."

Among the speculation and innuendo is that Sparkman was killed because of his connection to the federal government. In a statement, the U.S. Census Bureau said it has no information that this tragedy was related to Sparkman's work with the census. Still, it has suspended its field work in Clay County, and the FBI has been assisting the investigation.

The hill country of southeastern Kentucky is rural, and its residents poor. It has been known to harbor some meth labs and a few marijuana growers, according to Police Chief Jeff Culver of nearby Manchester, Ky. But Culver says most people there are friendly, and by no means is the area a hotbed of anti-government sentiment.

"I've been here for 20 years — matter of fact, a little over 20 years — and we've never had any anti-government demonstration of any kind," Culver says.

In fact, Culver says, it's just the opposite.

"Due to the extremely high rate of unemployment, there's a lot of people here that depend upon the government for assistance," he says.

Acciardo, himself a retired Kentucky state trooper, says he warned his colleague of the dangers of working in rural areas. He said he was most worried that Sparkman might drive off one of the steep, twisting roads.

When students at Johnson Elementary were told of Sparkman's death, some cried. Others wrote on a big card what they would like to have said to him.

Acciardo says it's difficult for everyone, because no one knows what to make of the mystery.