Accessibility links
The Nation: Can US-Iran Talks Succeed? Te US can't just bluster and threaten Iran with sanctions to get its way. Negotiations succeed when both parties, not just one, can claim victory.

The Nation: Can US-Iran Talks Succeed?

The Nation: Can US-Iran Talks Succeed? 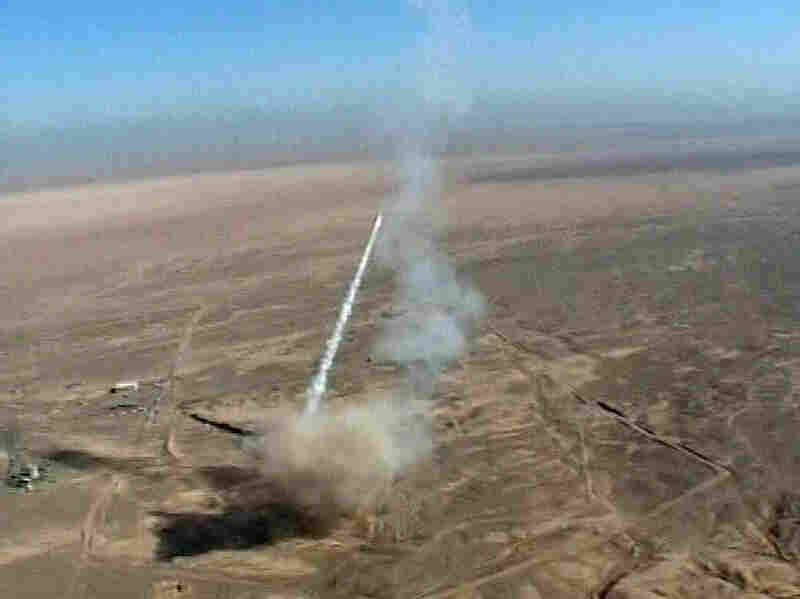 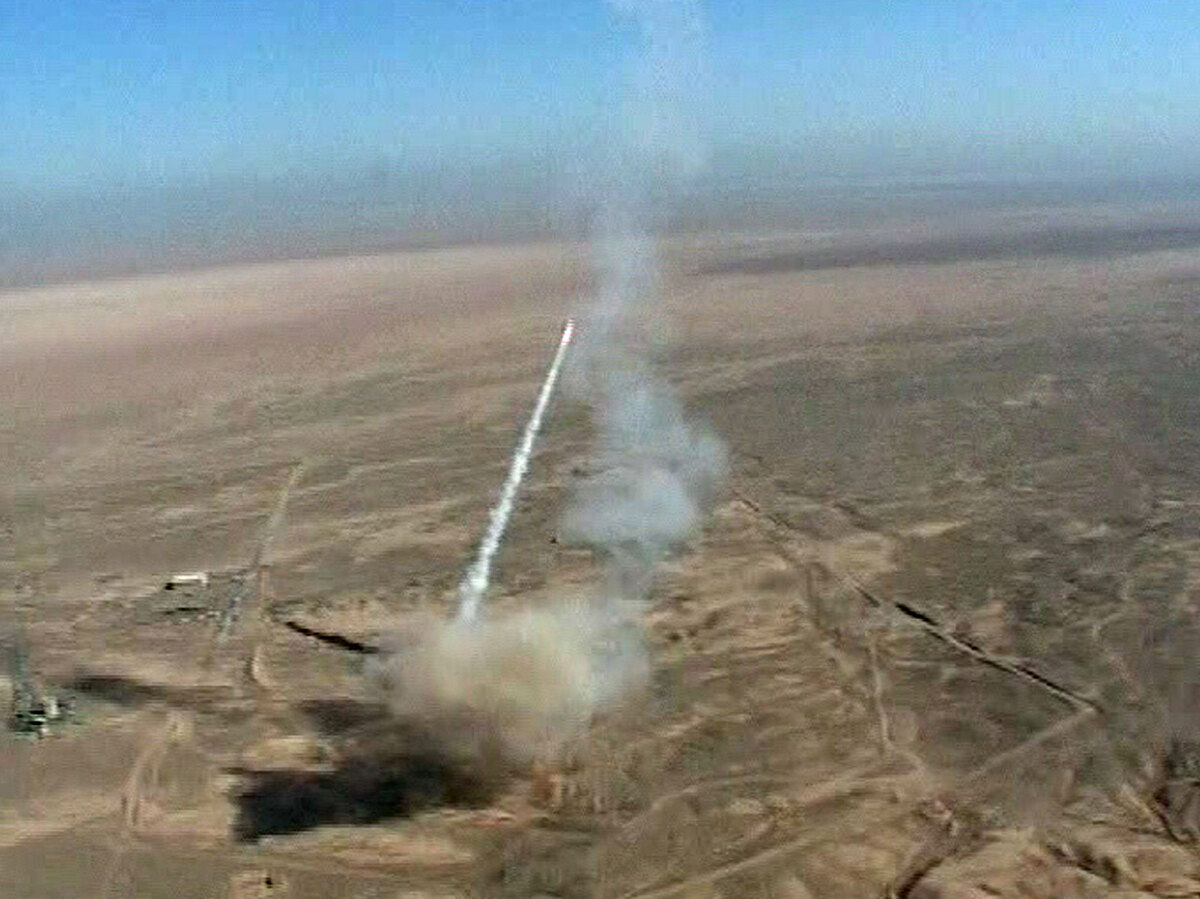 This Sept. 27, 2009 image made from an aerial view released on Iranian state TV channel IRIB, allegedly shows a successful test-fire launch of a short range missile.

The US-Iran talks start Thursday in Geneva and, while a lot of other countries will be there too — the UK, France, Russia, China, and Germany are all part of the so-called P5 + 1 — it's really the United States and Iran who will have to make a deal. Even the latest flareup over the secret Iranian enrichment facility doesn't change the basic fact: that Washington and Tehran, after three decades without diplomatic relations, will be talking. It's a startling and important reversal of US policy, as promised by candidate Barack Obama in 2008, abandoning the charged rhetoric of the Bush administration, which lumped Iran incongruously into the Axis of Evil in 2002 and looked aghast at the idea of negotiating with Iran.

Robert Gates, the secretary of defense, did his part yesterday to lower the temperature of the rhetoric by stating explicitly that the US does not have a military option to deal with Iran's nuclear program. He didn't exactly take the military option "off the table," as the unfortunate phrase goes, but he did say:

"The reality is, there is no military option that does nothing more than buy time. The only way you end up not having a nuclear-capable Iran is for the Iranian government to decide that their security is diminished by having those weapons, as opposed to strengthened."

Gates, of course, has long been opposed to a military strike on Iran, and a few years ago he co-chaired a Council on Foreign Relations task force on Iran that opposed the military option and called for US engagement with Iran in pursuit of a comprehensive accord. (Incidentally, if you want to read a lengthy account of why a military strike on Iran, by Israel or the United States, would be so difficult, read CSIS' Anthony Cordesman's "The Iran Attack Plan," published Friday in the Wall Street Journal.) However, like the rest of the Obama administration's top officials, including the increasingly hawkish secretary of state, Gates did emphasize that the alternative if Iran doesn't deal is a toughened regime of economic sanctions. "There obviously is the opportunity for severe additional sanctions. I think we have the time to make that work," he said.

The reality is, of course, that it's highly unlikely that truly tough sanctions will get the support of the Russians and Chinese, and so the UN Security Council is likely to pass far more milder sanctions than the "crippling" ones, such as a cutoff of Iran's gasoline supply or a shutdown of Iran's access to international finance, that Hillary Clinton wants. The more likely result, if the talks don't go anywhere by the end of the year — and it's almost impossible to imagine some breakthrough by then — is that the UNSC might agree to far more mild, targeted sanctions that focus on Iran's nuclear program itself. But sanctions are the "sticks" in the US arsenal, and it's unclear what the "carrots" are — or whether the US intends to offer the key "carrot," i.e., international acceptance of Iran's inherent right to enrich uranium. (Iranians, by the way, hate the carrot-and-stick talk, and they consider it insulting and demeaning, as if Iran were a donkey.)

Howard Berman, the chairman of the House Foreign Affairs Committee and a close ally of AIPAC, has introduced legislation in support of Clinton's "crippling sanctions." Writing in the Washington Post, Berman warns that his bill targets both Iran's gasoline imports and its financial dealings:

"[It] provides President Obama with a mandate to increase the level of financial penalties against Iran and would prevent companies that facilitate the provision of gasoline and other refined petroleum products to Iran from doing business in the United States. Much of the world's trade is conducted through international financial transactions in dollars that must be cleared through American banks. So if the United States were to prevent any bank doing business with Iranian banks from clearing dollar transactions, the Iranian banking system would collapse. And because Iran has to import 25 percent or more of its daily demand for refined petroleum, its economy would be seriously impaired if it were denied those imports. Indeed, a credible threat of both these sanctions might provide the best chance to persuade the Iranian regime to agree to suspend its nuclear enrichment."

Tough, yes, but as Berman points out, the bill only provides Obama with a "mandate" to impose those draconian measures. It doesn't force him to do so. And so far, Berman, in spite of pressure from AIPAC, has refused to push his bill through Congress all year. And he isn't thrilled about the idea of doing anything that might disrupt the president's ongoing diplomatic effort. It's an enabling measure only, although its passage by Congress would hurt, not help, by inflaming passions on both sides and providing Iranian hawks with yet more leverage to sabotage the talks.

Speaking for the neoconservative alliance of hawks, Israeli hardliners, and outright kooks is Eliot Cohen, writing in the Wall Street Journal today. Cohen argues that neither diplomacy nor sanctions will dissuade Iran from pursuing the bomb:

"The U.S. government has hoped for a middle course of sanctions, negotiations and bargaining that would remove the problem without the ugly consequences. This is self-delusion."

"Pressure, be it gentle or severe, will not erase that nuclear program. The choices are now what they ever were: an American or an Israeli strike, which would probably cause a substantial war, or living in a world with Iranian nuclear weapons, which may also result in war, perhaps nuclear, over a longer period of time."

Like many neocons, Cohen seems to feel that the military option is unworkable. Israel, he says, isn't capable of dealing a knockout blow to the Iranian program, and an American strike would "probably lead to real warfare in the Persian Gulf, disrupting oil supplies and producing global responses." So Cohen falls back on the tired old regime-change strategy:

"It is, therefore, in the American interest to break with past policy and actively seek the overthrow of the Islamic Republic. Not by invasion, which this administration would not contemplate and could not execute, but through every instrument of U.S. power, soft more than hard."

Cohen blithley ignores the fact that it was precisely President Obama's policy of offering to talk to Iran that helped to spark the Green Wave opposition movement in Iran. If "regime change" does come to Iran in the next year or two (or longer) it will be that opposition movement — the very reformists and pragmatists who were disparaged and despised by the neocons until June 12! — manages to get the upper hard. If Cohen's regime-change-via-America policy were to be adopted, it would vastly strengthen the Iranian hawks and undercut the very opposition it would be designed to help.

Unfortunately, what Cohen, like the rest of the hawks, willfully ignores, and what it isn't clear that the Obama administration gets, is that the US can't just bluster and threaten Iran with sanctions to get its way. Negotiations succeed when both parties, not just one, can claim victory. To succeed, the United States is going to have to put on the table an offer to accept Iran's nuclear enrichment program, without calling for a "freeze" or the dismantling of the whole thing. In exchange, Iran is going to have to accept strict and intrusive international oversight and inspections of its facilities, to ensure that it doesn't have a military dimension. That's the deal that will work. Anything less just ain't happening.