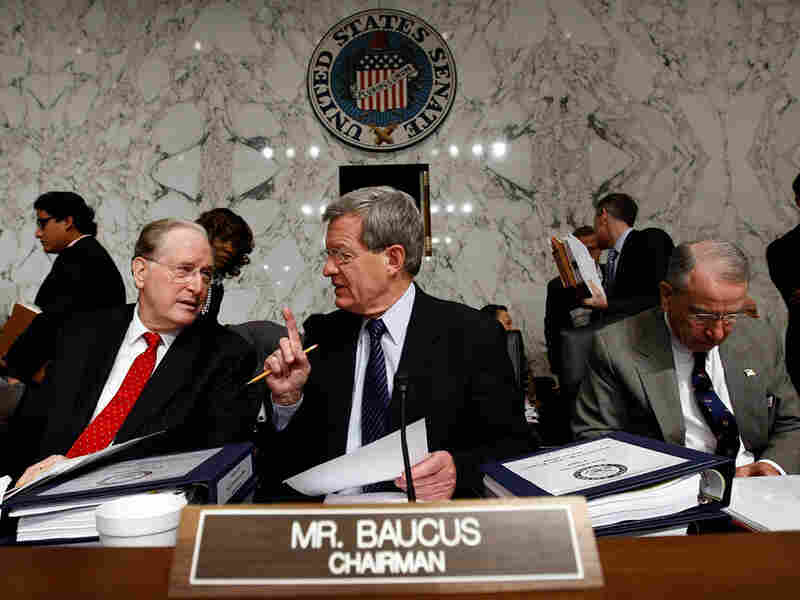 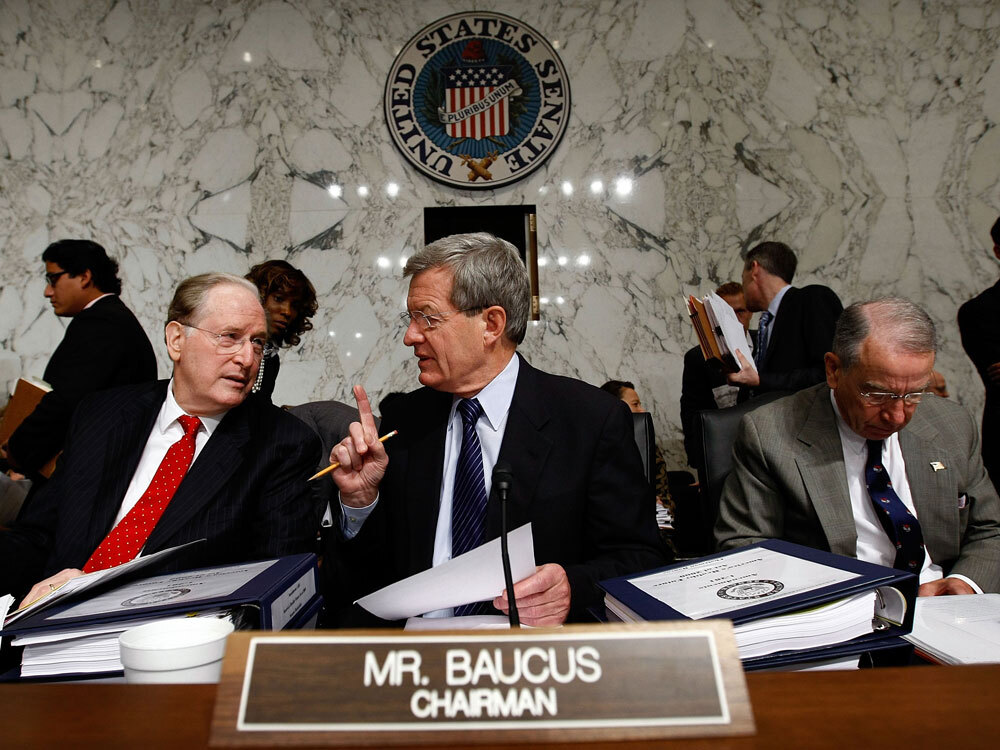 The Senate Finance Committee on Tuesday voted down two attempts by liberal Democrats to include a government-run insurance option as part of its legislation overhauling the nation's health care system.

Chairman Max Baucus (D-MT) joined more conservative Democrats and all the Republicans on the committee to defeat measures by Sens. Jay Rockefeller of West Virginia and Chuck Schumer of New York.

"My job is to put together a bill that gets to 60 votes" in the full Senate, Baucus said before voting against Rockefeller's amendment, which was defeated 15-8. "No one shows me how to get to 60 votes with a public option." It takes 60 votes to overcome delaying actions that Republicans could attempt on the Senate floor.

The Senate Finance plan by Baucus is now the only health care bill pending in Congress that does not have a public insurance plan, which Obama and other backers say would boost competition and control costs.

Republicans were elated by the amendments' defeat. They had argued private insurers would be forced out of business and millions of people would have to get their insurance from the government.

The public option is "nothing more than a Trojan horse for a single-payer system in Washington," said Utah Sen. Orrin Hatch.

Earlier in the day, Rockefeller accused insurers of giving profits priority over consumers and maintained that a government-backed plan is the best way to rein in health care costs.

"We need this option because the insurance companies have failed to meet their obligation" to the public, he said.

Rockefeller's proposal was patterned after Medicare, the government program that insures the elderly. Under the plan, payments to doctors, hospitals and other medical providers would be based on the fees that Medicare pays.

Schumer's amendment, which was defeated 13-10, favored a system in which the government would negotiate payment rates with providers.

Baucus omitted the controversial public option from his bill, saying any legislation that included it would never pass the Senate. Baucus' bill provides for "co-ops" that he says would provide choice and competition.

A compromise on the issue could come from Republican ranks. Aides to Maine Sen. Olympia Snowe have said she is considering using the public option as a trigger, which would go into effect only if private insurers fail to keep premiums in check after a reasonable period of time.

Baucus has come under fire from liberal Democrats, who accuse him of being from lukewarm to hostile on the government-backed plan.

Two liberal groups, Democracy for America and the Progressive Change Campaign Committee, say Baucus is too cozy with insurance and health care interests that have contributed to his campaigns and oppose the public option.

The groups are launching a TV and Internet ad that features a young father from Montana who is in need of a heart operation, uninsured and deeply in debt. In the ad, Bing Perrine, 26, looks straight into the camera and asks Baucus, "Whose side are you on?"

In an interview, Perrine said the public option "is the only true way we can keep it fair." The insurance industry has said it couldn't compete with the price-setting power of government.

Baucus aide Tyler Matsdorf said the ad falsely implies that Baucus doesn't care about the plight of people with pre-existing health problems. He said Baucus' plan would address such problems but in a way that differs from what liberals want.

For example, the plan would bar private insurers from denying coverage for pre-existing health problems and create nonprofit co-ops to compete with the insurance industry. Matsdorf said this would achieve the same result public-plan supporters are seeking and "prevent [Perrine's] situation from ever happening again."

Such arguments don't seem to hold much sway with liberals.

Another group, Health Care for America Now, is circulating a Sept. 23 letter to Baucus from local Democratic Party leaders in Montana that has raised more questions from the left about the senator's position on the public plan. The letter summarizes an August telephone call between Baucus and the Democratic leaders, and quotes the senator as saying, "I want a public option, too."

"We need you to say the same thing in Washington," the local Democrats wrote.

Matsdorf said the senator included a government option in his original health care blueprint issued last November but has since realized that a public plan doesn't have enough support to clear the Senate.

"Health care reform isn't just about what Sen. Baucus wants," Matsdorf said. "It is about crafting a bill that can get 60 votes in the Senate."