Accessibility links
However Great His Talent, Polanski Is Still Guilty Commentator Susan Jane Gilman asks: If a great artist sexually abuses a minor, should their achievements somehow mitigate their guilt?

However Great His Talent, Polanski Is Still Guilty

However Great His Talent, Polanski Is Still Guilty

Three months ago, in the wake of Michael Jackson's death, some friends of mine and I got into a dinner party debate here in Geneva. The question was: If a great artist sexually abuses a minor, should their achievements somehow mitigate their guilt? 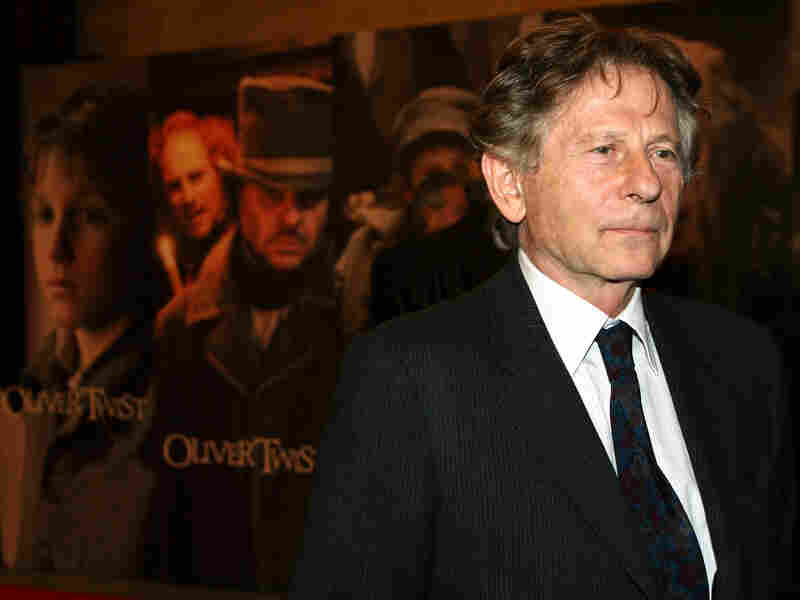 Little did we know that just one season later, Switzerland itself would become the epicenter of this very debate all over again — this time starring Roman Polanski. For once, the Swiss have generated the controversy. The headlines here blare that Polanksi has been arrested, that the Swiss themselves are divided over the issue, and that the French next door are really peeved.

This morning, we watched a commentator on TeleMatin, the French equivalent of the Today Show. He banged his fist on the table repeatedly while shouting that the arrest of Polanski was: "Scandalous! Shocking! An outrage!" Polanski, he declared, is a victim of a great international police-state machine that has been in motion for years, relentlessly grinding through a misguided quest for justice. Though the commentator didn't mention Jean Valjean — chased by the obsessed policeman of Victor Hugo's Les Miserables — or, say, Kenneth Starr, he seemed to think that Polanski was being hounded out of some punitive psychosis rather than in response to any crime committed. The man is a world-renowned artist, he cried, respected and productive for over 30 years! He banged the table again.

Great achievements should not be judged on the basis of personal conduct.

It's been a long-held belief that artists dwell in a different moral universe than the rest of us. By no means is this any legal defense, but it manages to surface as a qualifying factor. The misogyny, alcoholism, sexual predilections, drug abuse and recklessness of many of the world's greatest artists are part of their great mythology. Their deviant activities do not stop us from worshipping their paintings, words and music. Sometimes, we even celebrate it.

I still dance to Michael Jackson's songs, just as I buy Rolling Stones albums, watch Woody Allen films and adore Hemingway's novels. The fact that many of these artists have treated women abominably and some have been accused of molesting minors does nothing to diminish their art in my eyes. I do not believe you can judge art or any great achievement, be it in sports or science or, yes, even politics by the moral conduct of its creator. If we did, we'd have no one but Mister Rogers enshrined in our culture.

Great achievements should not be judged on the basis of personal conduct. But nor should a person's conduct be excused by their achievements, either.

At the end of the day, would we be OK with our 13-year-old daughter being drugged and raped by a 44-year-old? And are we OK with him then skipping town?

The answer to these questions would be no-brainers if the 44-year-old involved were not a world-renowned, brilliant director. So applaud his work and award him an Oscar. But don't say he's a victim who deserves to be excused.