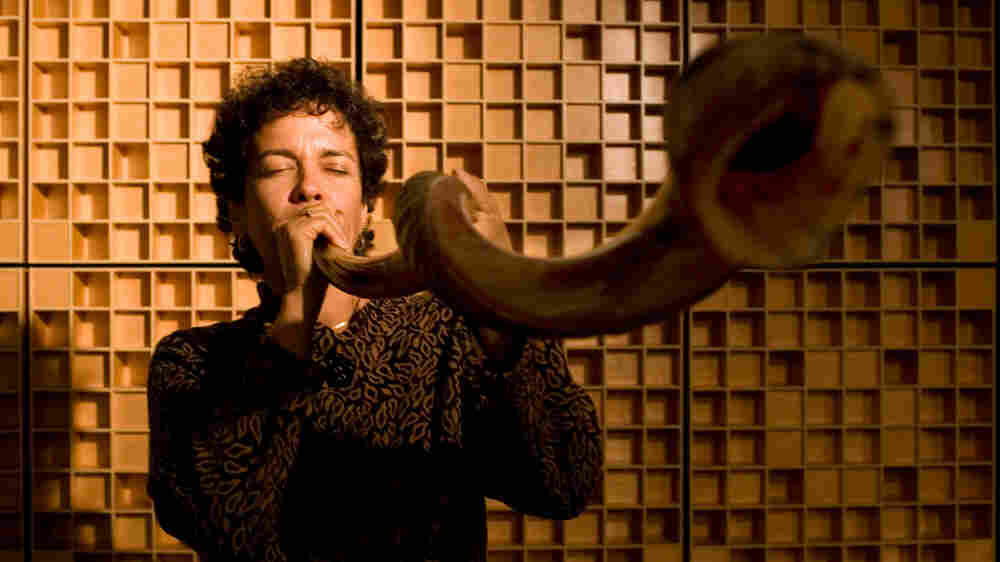 Jennie Litvack demonstrates the shofar in NPR's studios. Litvack, who blows the 3 1/2-foot-long instrument for Adas Israel Congregation in Washington, D.C., says that as a child she had a special relationship with the late jazz trumpeter Dizzy Gillespie. Katie Hayes/NPR hide caption 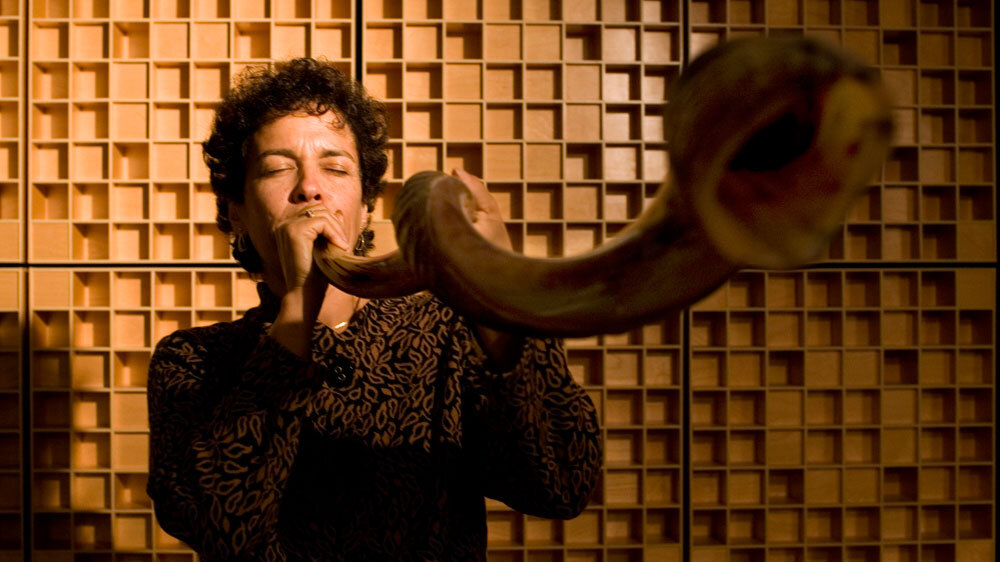 Jennie Litvack demonstrates the shofar in NPR's studios. Litvack, who blows the 3 1/2-foot-long instrument for Adas Israel Congregation in Washington, D.C., says that as a child she had a special relationship with the late jazz trumpeter Dizzy Gillespie.

As the Jewish Day of Atonement came to a close Monday, worshippers in synagogues around the world heard one last blast of the shofar, the ram's horn.

It's blown mostly on the Jewish New Year, Rosh Hashana, and then after Yom Kippur, the shofar-blowing season is over. At synagogues, it's traditional for a member of the congregation to blow the ram's horn.

At Adas Israel in Washington, D.C., Jennie Litvack takes on that role. The shofar player had a close relationship with the great jazz trumpet player Dizzy Gillespie, who called her his goddaughter.

Litvack tells NPR's Robert Siegel that her shofar is 3 1/2 feet long. She also says each one plays differently. She describes the four types of notes — the Tekiah, or medium length; Shevarim, or three short notes; Teruah, which is nine staccato notes; and Tekiah Gedolah, where "you take the biggest breath you can and hold it as long as you can," Litvack says.

"At home, I'm normally able to do about 40 seconds, but this year during the services — with a little bit of divine inspiration, I guess — I was able to do 52," she says. "My son was counting with his watch."

As for her relationship with Gillespie, Litvack says she got to know him when she was 12 years old.

"My dad took me to the Rising Sun, a wonderful jazz club in Montreal, to hear Dizzy Gillespie play," Litvack tells Siegel. "And afterward I went up to him and asked him if could try his trumpet. He had a famous trumpet that bent upwards. I played, and I think he was impressed, so I asked him if I could have a lesson with him. So he invited me the next day. And I went in.

"My mother was waiting in the car outside. She waited for four hours before she finally knocked on the door because we just hit it off. And after that ... he decided I was his goddaughter. We developed a very special relationship."

Litvack says playing the shofar is something Gillespie would do, but she never saw him or heard him do it.

"He was a Baha'i," she says. "We used to have great conversations about Judaism and Baha'ism and the oneness of mankind. But I do say when I play, I also feel Diz, I feel his connection with me, and that feels really special."

A previous version of this story quoted Jennie Litvack as saying Dizzy Gillespie "never had children of his own." Gillespie did, in fact, have a daughter in 1958, but he never mentioned her to the public or to Litvack. Also, shofars are not usually 3 1/2 feet long; they typically range between 6 inches and 4 feet.