Accessibility links
Powerful Earthquake Rocks Western Indonesia The underwater temblor, which had a preliminary magnitude of 7.6, collapsed buildings in the coastal city of Padang, in Southern Sumatra province and briefly triggered a tsunami alert. Indonesian officials said at least 200 people were killed. 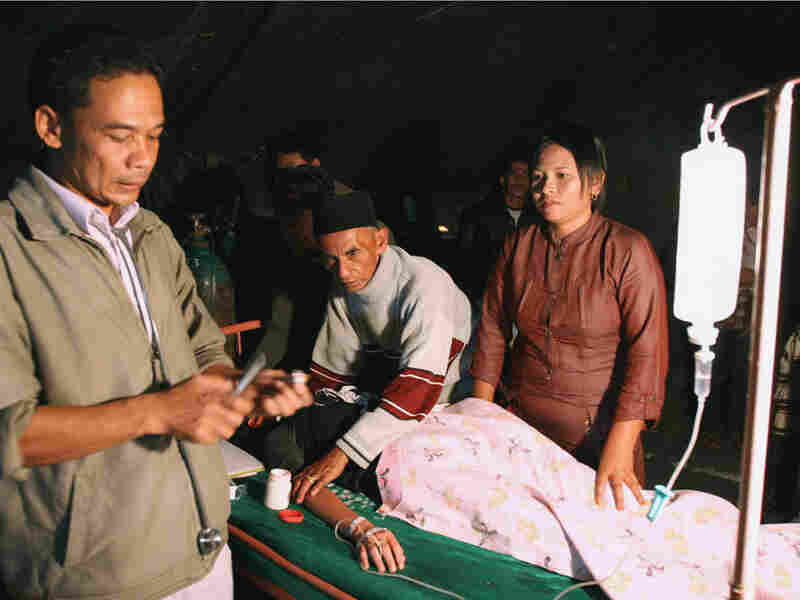 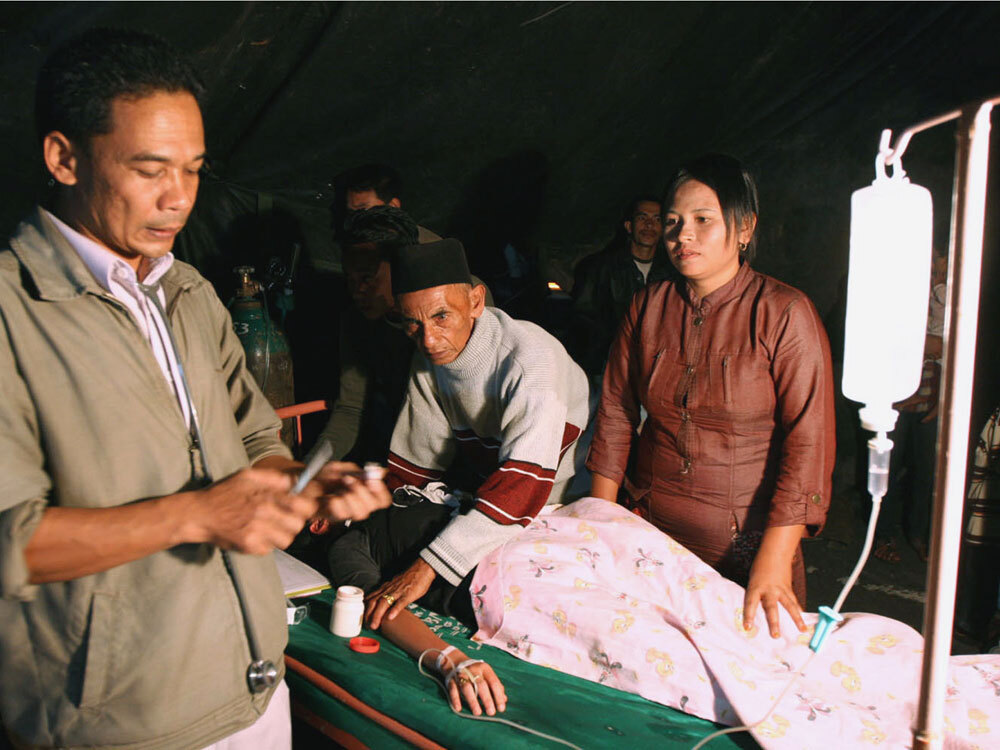 At least 200 people were dead in Indonesia after a powerful quake struck off the island of Sumatra on Wednesday, causing buildings to collapse and leaving thousands trapped under rubble, a disaster management official said.

The magnitude 7.6 temblor hit at 5:15 p.m. local time and sent people running from their homes. The Pacific Tsunami Warning Center issued an alert for Indonesia, Malaysia, India and Thailand, but it was lifted about an hour and a half later.

The earthquake comes a day after a magnitude 8.0 quake in the South Pacific hurled a massive tsunami at the shores of Samoa and American Samoa, flattening villages and leaving nearly 100 dead and dozens missing. Experts said the seismic events were not related.

A higher death toll is expected once officials tally casualties in other areas of West Sumatra province where communications and roads have been severed.

Indonesian television reported that hundreds of buildings in Padang had collapsed and many people were feared trapped under the rubble. Footage from the city showed flattened buildings, with at least one person trapped underneath, a foot sticking out from beneath the debris.

Rustam Pakaya, head of the Health Ministry's crisis center in Jakarta, said thousands of people were trapped and that a field hospital was being prepared to assist the injured.

Vice President Jusuf Kalla said at a late-night news conference that many people were trapped in collapsed shops, building and hotels.

Padang, a low-lying city with a population of about 900,000, lies some 300 miles south of — and on the same fault line — where a 9.1 magnitude quake struck in 2004, spawning the Indian Ocean tsunami that killed some 230,000 people across Asia. The city was also hit by an 8.4 magnitude quake two years ago, when dozens of people died and several large buildings collapsed.

Power in the city was reportedly cut and telecommunications networks were down or overloaded, making it difficult to get accurate information about the extent of the damage.

"I want to know what happened to my sister and her husband," said Fitra Jaya, who owns a house in downtown Padang and was in Jakarta when the quake struck. "I tried to call my family there, but I could not reach anyone at all."

The quake also triggered a landslide that cut off land transport to the provincial town of Padang Pandang, which lies about 45 miles north of Padang, said a police officer in the town, who identified himself only as Riko.

"The earthquake was very strong," said Kasmiati, who lives on the coast, near the epicenter.

"People ran to high ground. Houses and buildings were badly damaged," said Kasmiati, who like many Indonesians goes by only one name. "I was outside, so I am safe, but my children at home were injured," she said before her cell phone went dead.