Accessibility links
Iraqi Arabs Wary Of Joint Patrols With Kurds In North The U.S. commander in Iraq has proposed joint patrols in the country's north. Baghdad initially rejected the idea. U.S. military leaders say such measures are already working, but some Iraqi politicians fear they might help Kurds keep control over towns they have occupied since 2003. 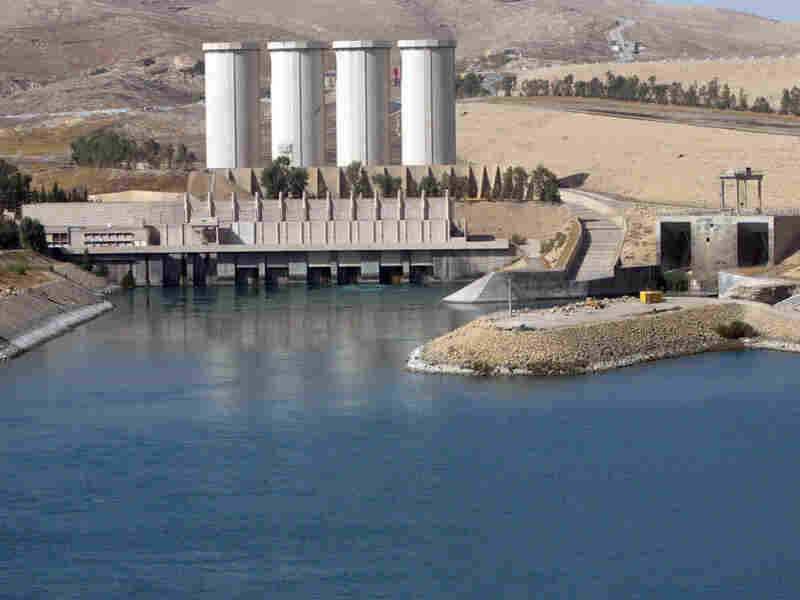 The hydroelectric dam outside the northern Iraqi city of Mosul (shown here in 2007) is the country's largest. A joint security patrol consisting of Arab and Kurdish soldiers began protecting it this year. Ahmad al-Rubaye/AFP/Getty Images hide caption 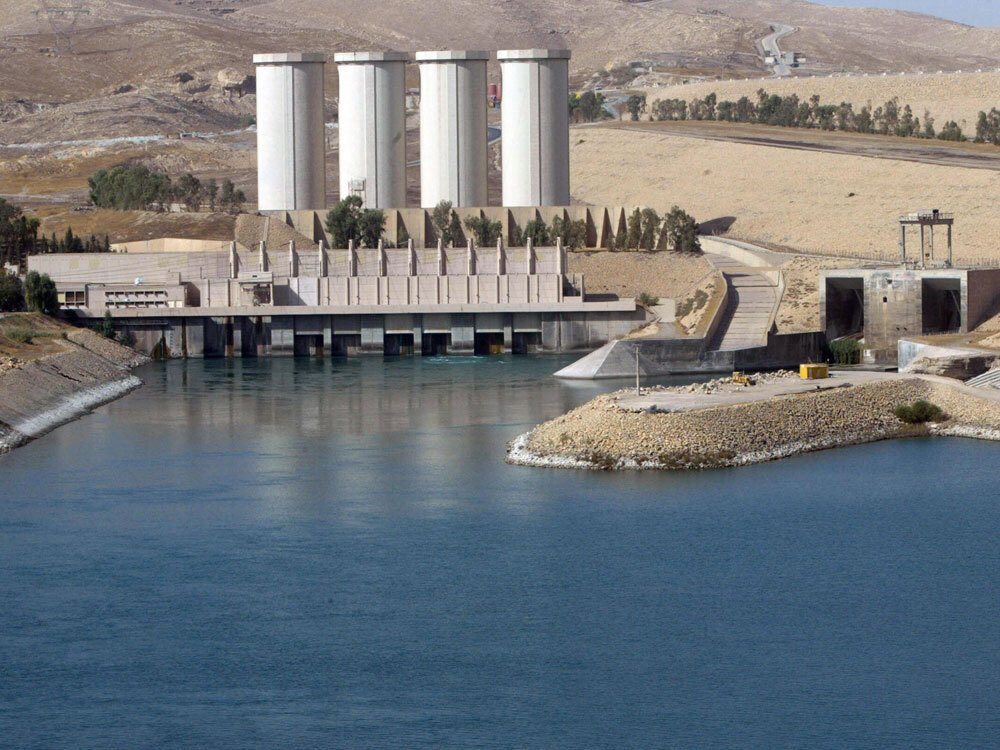 The hydroelectric dam outside the northern Iraqi city of Mosul (shown here in 2007) is the country's largest. A joint security patrol consisting of Arab and Kurdish soldiers began protecting it this year.

Despite a commitment to draw down troops in Iraq, the U.S. commander in Iraq, Gen. Ray Odierno, has proposed to step up involvement along a tense and violence-prone seam of land in the north that is claimed by both Iraq's ethnic Kurds and its Arabs.

Odierno's proposal for joint patrols in the north involving U.S. troops, Kurdish forces and Iraq's predominantly Arab army was initially rejected by the central government in Baghdad. Iraqi Arab leaders are distrustful of Kurds, who have long laid claim to additional lands outside their autonomous region in the north.

American military leaders say that joint security measures are already working in some parts of northern Iraq, though not all of Iraq's politicians are happy about it.

The largest hydroelectric dam in Iraq is north of the city of Mosul, holding back a trillion gallons of water. Earlier this year, the government in Baghdad sounded the alarm after it realized that no government forces were guarding the aging dam. A single car bomb there could unleash a flood that might kill 500,000 people in Mosul and other cities on the Tigris River.

Army Brig. Gen. Robert Brown, who commands U.S. forces in the province around Mosul, says the government was ignoring the fact that the dam has been guarded for years by Kurdish defense forces, known as peshmerga. The Kurdish forces had recognized the vulnerability of the dam and began guarding it in 2004.

"The central government in Baghdad said, 'Hey, get the Iraqi army up there!' " Brown says.

When troops from the mostly Arab Iraqi army reached the dam, they walked into a standoff with the Kurdish peshmerga.

It was not the first time that Kurds and Arabs have nearly come to blows. But Brown says the Mosul dam has turned into a positive example.

With some help from the Americans, the Kurdish and Iraqi army forces started protecting the dam together. In fact, when the Iraqi army troops arrived, Iraqi officers soon realized they hadn't arranged for supplies, and the Kurdish soldiers ended up providing them with food and water.

Last week, Brown visited the Mosul dam, which is now protected by about 450 Kurdish peshmerga and the same number of Iraqi army soldiers. He formally thanked the peshmerga for protecting the dam over the past five years and handed out commendations.

But almost no Iraqi Arab troops turned up for the ceremony. The Iraqi army commander in the province, Gen. Hassan Abbas, canceled at the last minute.

The local Kurdish liaison to the Iraqi army says the Arab general often finds an excuse not to be seen with the peshmerga. Cooperation between Kurds and Arabs is still politically sensitive in Iraq.

The American proposal for joint Kurd-Arab patrols was immediately embraced by Kurdish leaders, who have had good working relations with the U.S. Army for almost 20 years.

But the fact that Kurds liked the proposal may have been enough to make Iraqi Arab leaders wary, especially in an election year with strong Arab nationalist feelings.

The Arab governor of Nineveh province, Atheel al-Nujaifi, rejects the idea of any Kurdish forces in Mosul or the surrounding province. Nujaifi says that even if the Kurdish security were needed in the past to secure the dam, they are not welcome anymore.

"I do not know what happened there, and I do not care. Nobody asked them to come. Now we ask them to go," Nujaifi says.

Iraqi Arab politicians like Nujaifi fear that joint patrols will help the Kurds keep control of hundreds of towns and villages they have occupied since 2003. Nujaifi claims the Kurdish soldiers have abused and even murdered Arabs under their control. The Kurds say they moved into those areas, including parts of Mosul, to protect Kurdish civilians from the same sort of repression.

At a news conference after the ceremony at the Mosul dam, Brown was anxious to accentuate the positive, despite the politics back in the capital.

"It's a great success story, and both sides point to that and say we can work together to defeat the terrorists. The lower level you get, the less tension there is. Distrust can cause rumors. The more you get them together, the more they work together for a brighter future," he said.

Brown avoided the subject of where joint patrols might take place next, perhaps because the U.S. Army doesn't want the idea to look like it is being imposed by Americans.

A senior adviser to Iraqi Prime Minister Nouri al-Maliki says the joint patrols probably are the best way to prevent conflict between Kurds and Arabs, and that they may start soon along the disputed boundaries of northern Iraq.