Accessibility links
France Telecom Suicides Spark Concern The death of a French Telecom employee this week marks the 24th person in the company to commit suicide in the past 18 months. Some say huge layoffs brought on by the economic downturn could be a major factor in the large number of suicides. The company's chief executive, Didier Lombard, faces calls for his resignation. 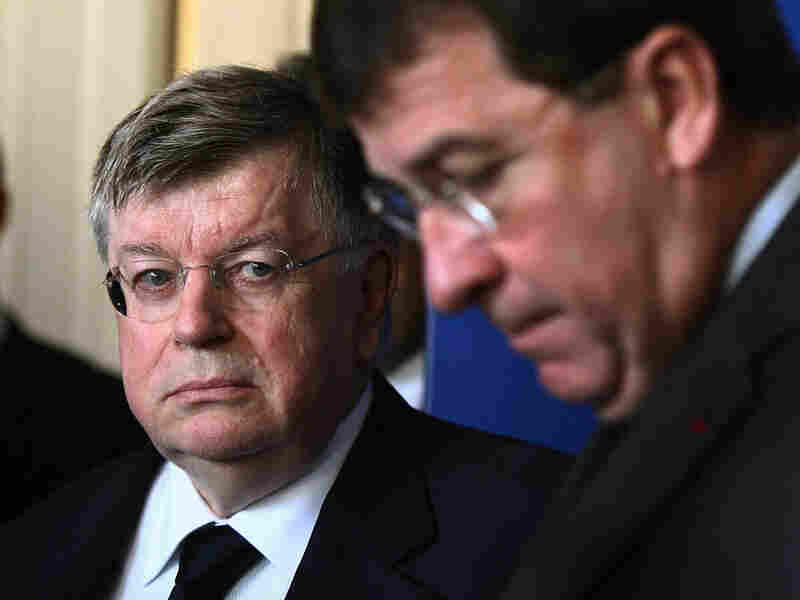 France Telecom CEO Didier Lombard (left) faces calls for his resignation since there have been 24 suicides at the company in the last 18 months. Sipa via AP Images hide caption 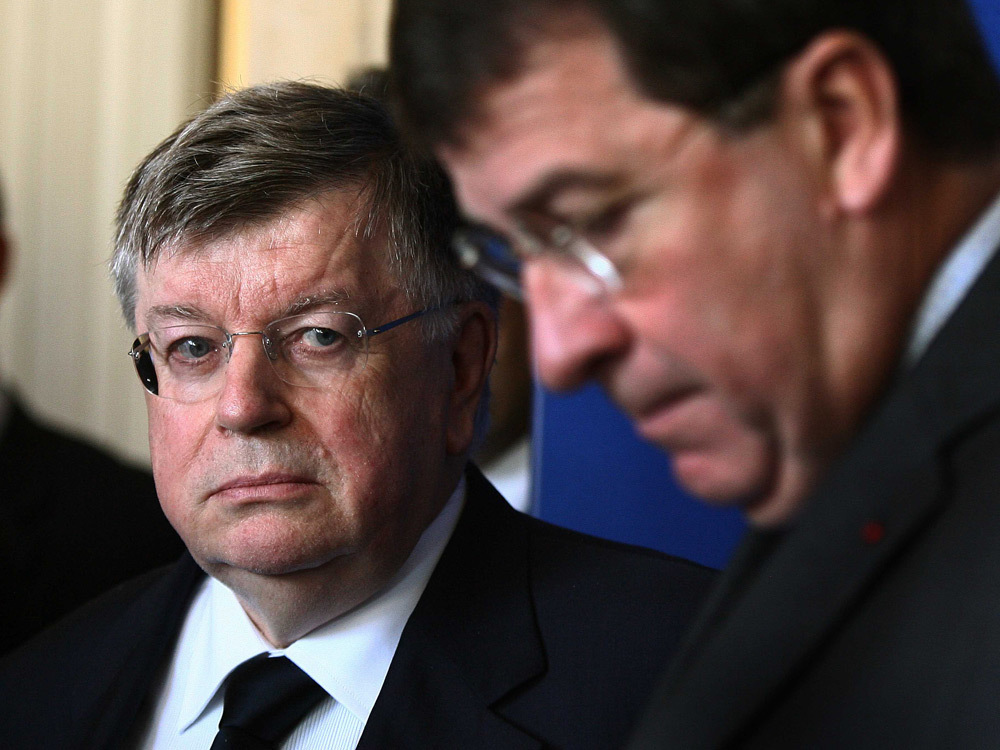 France Telecom CEO Didier Lombard (left) faces calls for his resignation since there have been 24 suicides at the company in the last 18 months.

While the economic crisis is taking its toll on workers everywhere, it seems to have been particularly deadly for one French company: In the past year and a half there have been 24 suicides at France Telecom. And many of the employees who took their lives directly blamed the company in suicide notes.

The latest death came on Monday when a 51-year-old man jumped from a highway bridge in the French Alps. The employee, who was married with two children, left a note blaming the work atmosphere for his decision to end his life. Eight suicides have taken place since the beginning of the summer alone. One young woman jumped from her office window. Another man hanged himself in his cubicle.

Sad and angry workers gathered at France Telecom offices around the country this week, including its headquarters in Paris.

Gauthier Rollin, 52, has been employed by the company for 20 years. He says the work environment has been unbearable since France Telecom was privatized a decade ago.

"France Telecom has spent its time breaking up teams and breaking down solidarity," Rollin says. "They cultivate individualism and selfishness. So the support you might have found amongst colleagues in difficult times is not there. France Telecom manages its employees like cattle."

A former state monopoly, France Telecom was privatized in 1998 and now competes on the world market. It has undergone several major reorganizations in recent years and cut 22,000 jobs in the past two years. But company officials say those were voluntary departures and that the firm is the only telecom giant not to have carried out mass layoffs

France Telecom's chief executive, Didier Lombard, is facing calls to quit. There are also calls for an inquiry into working conditions blamed for pushing staff over the edge. Lombard was booed as he arrived at headquarters Tuesday.

"The pressure is necessary because we have to compete on the world market," Lombard told reporters. "But there is a way to be more humane in doing so."

France Telecom has suspended the company's "Time to Move" program, which forced managers to change posts every three years. It has also put in place a team of psychologists to help workers.

The suicides have become the talk of TV news shows and newspaper editorial pages. In a country where five weeks of vacation and the 35-hour workweek are supposed to cut down on work stress, there has been much fulminating over the cause of the suicides.

"Because of France Telecom's change in status from a public company to a private firm subject to free-market forces, the management had the heavy task of explaining this new world to its employees," Mesnooh says. "And the irony is that the company has communicated much better with the market and its competitors than with its own employees."

As the debate rages whether the suicides were provoked by vicious globalization, the company's cynical management, or mollycoddled state workers being made to face up to reality, France Telecom seems to be doing its utmost to avoid another one. One trade union has suggested the government levy a suicide tax on companies to make sure they maintain a decent work environment.