Accessibility links
Use Of Private Security Grows In Iraq, Afghanistan Armed private security contractors have sparked plenty of negative headlines in Iraq and Afghanistan, but their numbers have long been unclear. A new report says that more than 18,000 armed civilians work for the Pentagon in the two war zones.

Use Of Private Security Grows In Iraq, Afghanistan

Use Of Private Security Grows In Iraq, Afghanistan 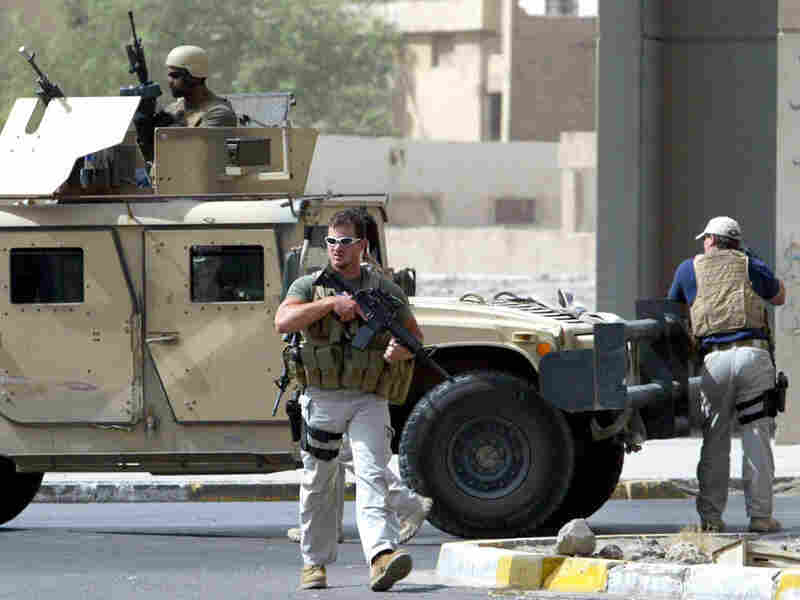 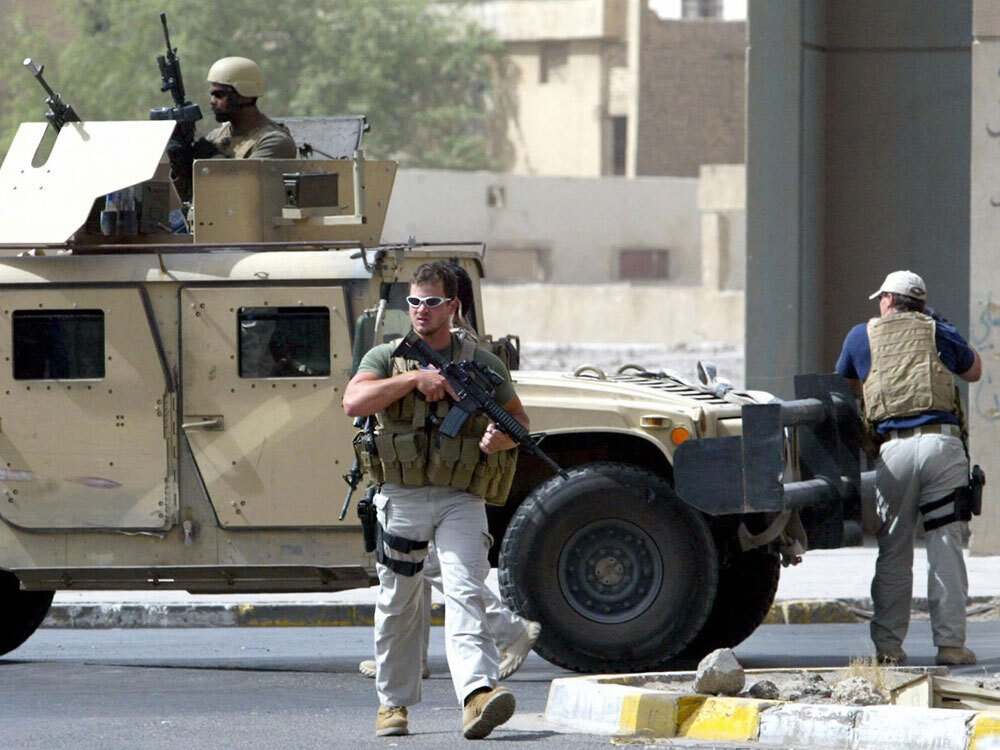 Private security contractors in Iraq and Afghanistan have sparked plenty of headlines over the past few years, particularly after a few well-publicized allegations of abuse and shootings of civilians.

But it has been difficult to assess how much the Pentagon relies on armed civilians because their numbers have been unclear.

Defense Department officials now say that more than 18,000 armed security contractors are working in Iraq or Afghanistan under Pentagon auspices, according to a new report by the Congressional Research Service that was obtained by NPR.

The bulk of the gun-toting contractors — some 13,232 as of June 30 — are in Iraq, where they guard U.S. bases, defend convoys and serve as personal bodyguards for high-level officials. The remaining 5,165 armed civilians perform similar functions in Afghanistan.

These contractors are not supposed to engage in combat operations, but there have been a number of scandals involving private security firms, including allegations that employees of Blackwater shot 17 Iraqi civilians at a Baghdad traffic circle in 2007, and that guards working for ArmorGroup guarding the U.S. Embassy in Afghanistan engaged in ugly hazing rituals.

According to government officials, both DOD [the Department of Defense] and the Department of State would be unable to execute their missions in Iraq and Afghanistan without the support of private security contractors.

In both of those cases, the contractors were working for the State Department, rather than the Defense Department. But the actions of these private security contractors can reflect badly on the U.S. government.

"The perception that DOD [the Department of Defense] and other government agencies are deploying [private security contractors] who abuse and mistreat people can fan anti-American sentiment and strengthen insurgents, even when no abuses are taking place," the Congressional Research Service report concludes.

But in these two conflicts, contractors have quickly become an integral part of the U.S. war effort, according to U.S. military officials.

"Iraq and Afghanistan appear to be the first two instances where the U.S. government has used private contractors extensively for protecting persons or property in combat or stability operations where host country forces are absent or deficient, but it is not the first time private contractors have been used for such purposes," says the report. "According to government officials, both DOD and the Department of State would be unable to execute their missions in Iraq and Afghanistan without the support of private security contractors."

Contractors are easier to hire, quicker to deploy and cheaper than U.S. government personnel. And they also free up much-needed soldiers for combat operations.

"Security is not just Blackwater," says Michael Cohen, a senior research fellow at the New America Foundation who has studied the use of contractors. "Some are security guards protecting bases, which is far less controversial."

Either way, their numbers appear to be rising sharply. In Iraq, the U.S. military reported that its armed security contractor workforce jumped 19 percent between March and June 2009.

Part of the increase is due to improved data collection, say Pentagon officials, who did not track the full number of contractors before 2007.

"One of the problems with the data is they only started collecting the data about two years ago," says Moshe Schwartz, the Congressional Research Service analyst who wrote the report. "Because that data is still improving, it is difficult to get a perfectly clear picture as to the ebb and flow of the number of armed contractors in Iraq. It's also hard to get a clear picture as to the type of work they're doing."

But the rise also represents a growing reliance on security contractors in both war zones. In Iraq, U.S. military officials are turning to private firms to fill new gaps that emerge as U.S. forces begin to draw down.

The dynamic is different in Afghanistan, where worsening violence has sparked a higher demand for private security.

Still, the Pentagon numbers represent only a portion of the overall number of armed civilians in either war zone.

The State Department employed an additional 3,100 contractors in Iraq and more than 600 in Afghanistan as of February, according to Congressional Research Service data.

And then there are even more private armed security guards employed by international organizations, foreign governments and private companies in both places. Estimates are rough, although analysts say the total number of armed civilian guards likely tops 30,000 in Iraq and 20,000 in Afghanistan.

Armed Contractors A Fraction Of Total

Armed security contractors make up only a small portion of the overall Pentagon contractor workforce. The Defense Department employed a total of 193,674 private contractors in both Iraq and Afghanistan as of June (compared to a total U.S. military deployment of 189,678 soldiers), according to a separate Congressional Research Service report.

Security contractors accounted for only 11 percent of private contractors in Iraq, for example, while more than half of the contractors performed support operations on U.S. bases, such as laundry and catering services.

The Pentagon has increased its efforts to monitor its own contractors over the past two years.

The Pentagon's surveys reveal that the makeup of armed private security contractors varies considerably between the two war zones. In Iraq, less than 5 percent of the armed civilians are Americans, while less than 8 percent are Iraqi. The remaining 88 percent come from other countries, such as Fiji, Nepal, Chile and Nigeria.

In Afghanistan, the overwhelming majority — some 95 percent — are Afghans.