Accessibility links
Movie Review - St. Trinians - Boarding-School Anarchists, Not Nearly As Bad As They Wanna Be The supposedly anarchic girls of St. Trinian's School for Young Ladies hatch a wildly complicated scheme to save an institution they hate, but wouldn't dream of leaving. Film critic Mark Jenkins says Anglophiles may get a kick out of the inside jokes, but the comedy will be a hard sell for most of the U.S. audience.

St. Trinian's Girls Aren't As Bad As They Wanna Be

St. Trinian's Girls Aren't As Bad As They Wanna Be 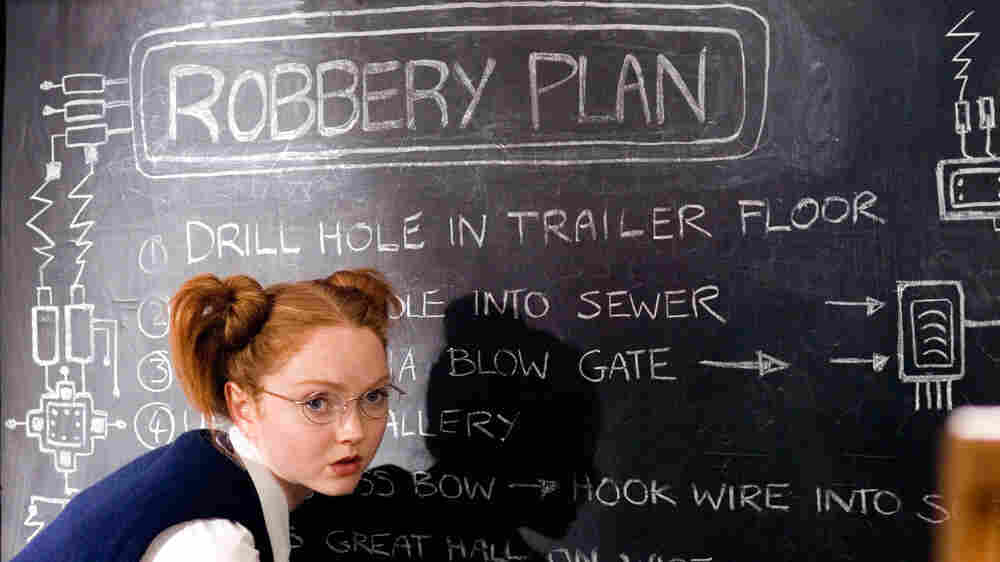 A New Kind Of Lesson Plan: Polly (Lily Cole) and her female fellows set out to save St. Trinian's, widely known as the most unruly school in England, from bankruptcy — with a scheme to rob London's National Gallery. NeoClassics Films Ltd. hide caption

Reviving a long-dormant series of British boarding-school comedies, St. Trinian's opens with youth-in-revolt vignettes that suggest an all-girl Lord of the Flies. At heart, though, the movie is as tame as The Belles of St. Trinian's, the 1954 farce that started it all.

The music is louder and the skirts shorter, but the female bonding remains the old-fashioned variety. Even what might seem the movie's edgiest aspect — Rupert Everett in drag as headmistress Camilla Fritton — is nothing new: In Belles, the equivalent role was played by Alastair Sim.

Our guide to the "unbelievably low-rent" St. Trinian's is, of course, the new girl on campus. Annabelle (Talulah Riley) has just been pulled from a more expensive school by her conniving father, art dealer Carnaby Fritton (also Everett).

Carnaby is skating toward bankruptcy. So is St. Trinian's, run by his sister Camilla. And the starchy new education minister (Colin Firth) may shut the school before the bank can foreclose — even though Camilla is his old college flame. So it's up to the students to save the school; even though the girls hate everything about the place, including each other, they'd rather stay at St. Trinian's than be sent to another academy that's burdened with stuff like learning.

If they don't much like classes, the belles of St. Trinian's are brilliant at girlish subjects like makeovers and pranks. Also moonshine, explosives and video surveillance. So the warring clans (goth, emo, etc.) join with a small-time mobster (Russell Brand) to pay the mortgage via larceny.

Their incredibly complicated plot involves the theft of Vermeer's Girl with a Pearl Earring from London's National Gallery, a heist that for unexplained reasons must happen while the school's team is competing in that very building on the School Challenge TV quiz show (hosted by Stephen Fry). 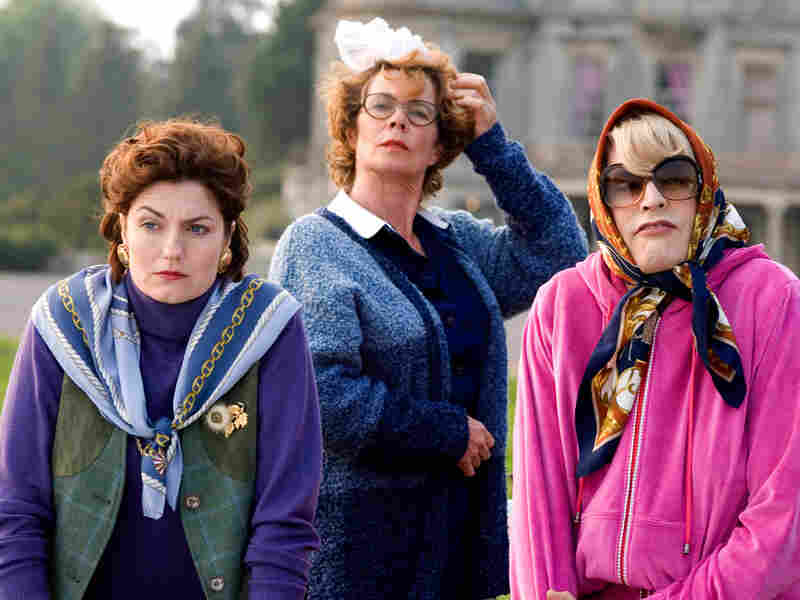 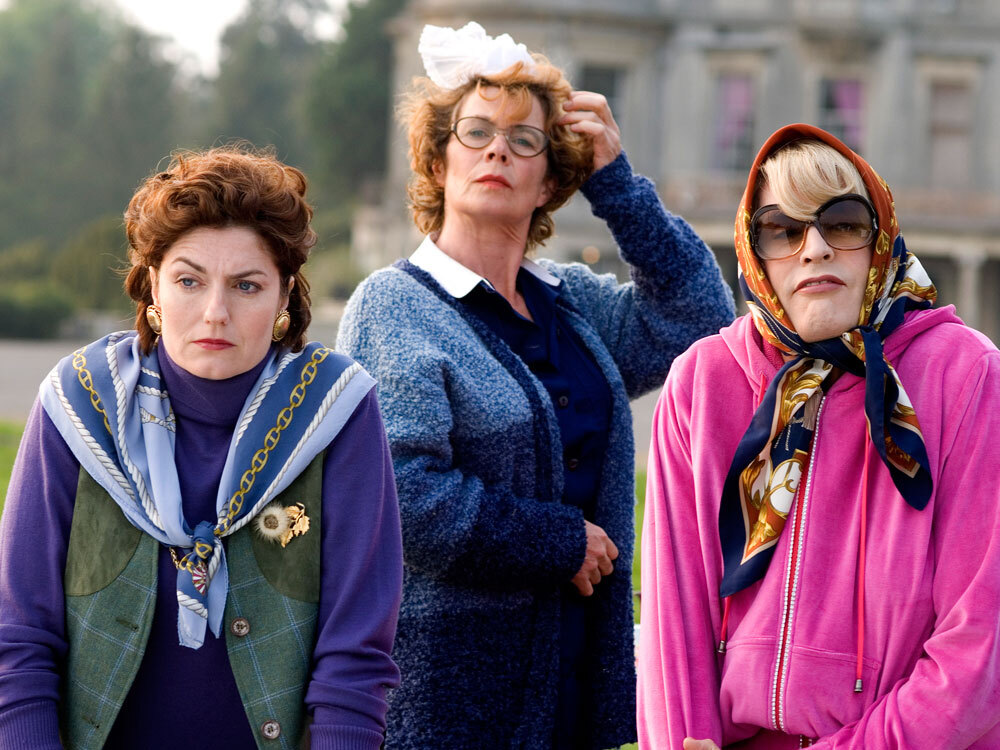 St. Trinian's was released in Britain almost two years ago to lackluster reviews, and if they didn't like it over there, the movie faces even weaker prospects on this side of the Atlantic. At least British audiences would understand the slang and recognize such U.K. hits as Shampoo's "Trouble" and the Undertones' "Teenage Kicks" (both remade for the movie by lesser names).

Anglophiles may enjoy the references to Jane Austen, Camilla Parker Bowles — whose overbite is the apparent model for Camilla Fritton's — and autopsy artist Damien Hirst. And the visual gags fire at top speed, guaranteeing that a few of them hit one target or another.

Directors Oliver Parker (who has previously filmed plays by Shakespeare and Wilde) and Barnaby Thompson don't show such a light touch with the dialogue. The modestly amusing connection between the Vermeer heist and Firth's role in the Girl with a Pearl Earring movie, for example, is noted with a sledgehammer.

Just before the movie's concluding musical gag, the students dance to a song that proclaims them "defenders of anarchy." As if. If these girls were half as much trouble as they pretend to be, they wouldn't have lifted that Vermeer — they would have burned it.