Accessibility links
'A Serious Man,' At Sea In A Tragically Absurd World A Serious Man is the Coen Brothers latest (and most specifically Jewish) take on the question of cosmic injustice. Larry Gopnik, a staid Mid-western physics professor, watches helplessly as his life begins to crumble. Critic David Edelstein says the movie unfolds like a strange, sad joke that makes you wonder whether the punchline "will make you laugh or want to kill yourself." 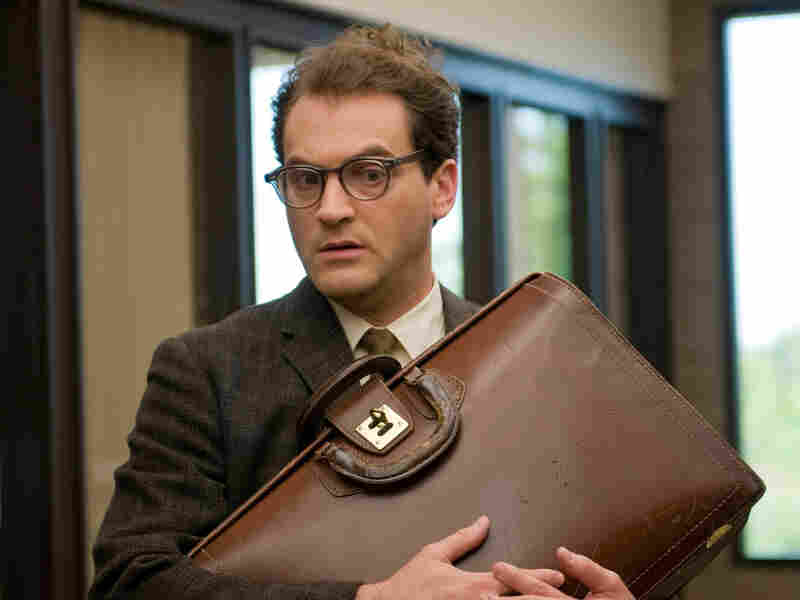 Larry Gopnik (Michael Stuhlbarg) is a modern-day Job; he "tried to do right," but finds himself bombarded by misfortune. Wilson Webb/Focus Features hide caption 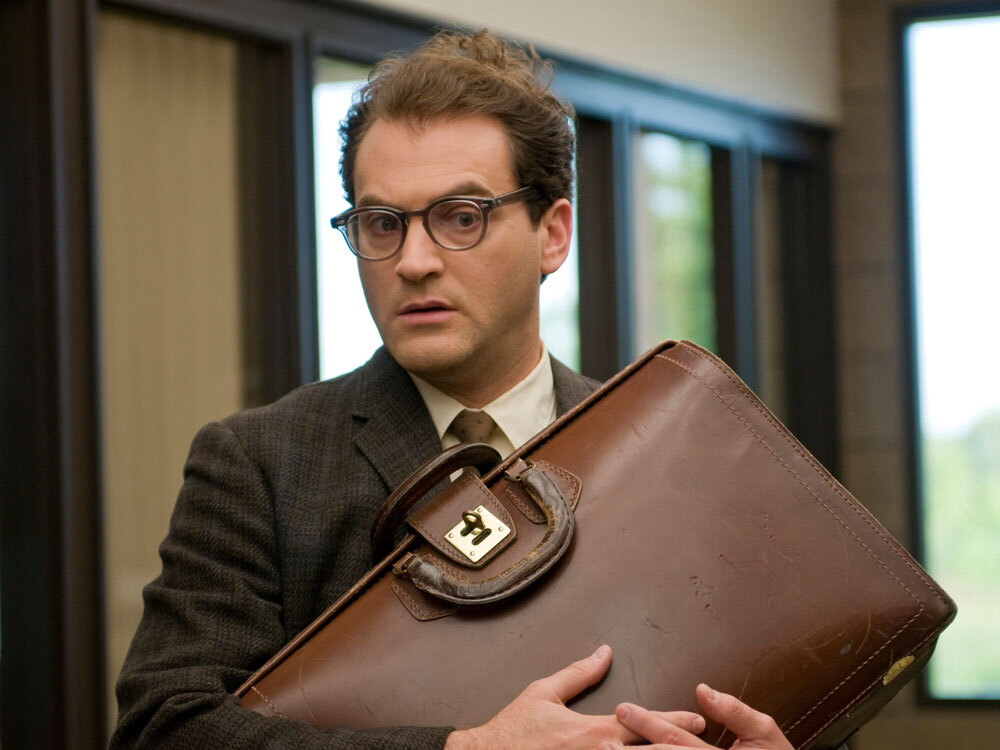 Larry Gopnik (Michael Stuhlbarg) is a modern-day Job; he "tried to do right," but finds himself bombarded by misfortune.

Rated R for language, brief nudity and sad revelations about the futility of existence

Joel and Ethan Coen's adaptation of Cormac McCarthy's No Country for Old Men had a radical twist for the thriller genre. The hero — Sheriff Bell, played by Tommy Lee Jones — gave up. He concluded that the world was ruled by cruelty and chance. God might exist, but he'd gone elsewhere.

A Serious Man is the Coens' more specifically Jewish take on the question of cosmic injustice. It's set in suburban Minneapolis, where the brothers grew up, and in 1967, when Joel was 13 and Ethan 10. They'd reportedly intended the film to have two protagonists, a 13-year-old boy and his father, but as they wrote the script, the father moved to the center. He's Larry Gopnik, a physics professor affectingly played by Michael Stuhlbarg, a stage actor who has never had a lead role onscreen. Like mischievous angels, the Coens seem to enjoy bombarding him with bad things.

At first, Gopnik's life seems a model of stability. His son is about to be bar mitzvahed, and his college is on the verge of granting him tenure. Then his world begins to get strange — even David Lynch-ian, if you go by the slanted light on the flat landscape, the hard angles of lawns and fences and ticky-tack houses.

Most devastating is the news that his wife has taken up with an older man, a widower named Sy (Fred Melemed) who wants her to have a Jewish divorce, a "get." The philandering Sy, who looks like he could play Tevye in Fiddler on the Roof, fancies himself a moral Jew, or as the movie calls it, a serious man.

Stuhlbarg's Larry endures this misfortune with passive incomprehension. His face tightens; his lips press together from the effort not to scream. He's teaching Heisenberg's Uncertainty principle, so his science won't help him understand the forces at work in the universe. When a friend who wears leg braces (the luminous Katherine Borowitz) says, "It's not always easy to figure out what God is trying to tell us," Larry goes to a series of rabbis. The first is a young assistant who advises him to appreciate the beauties of God's creation and gestures out the window to a remarkably forgettable parking lot. The second, middle-aged, says God owes us nothing — the obligation goes the other way. There is a third, ancient rabbi who doesn't ordinarily have office hours — but when the desperate Larry makes his case to an unsmiling secretary, it doesn't go especially well.

A Serious Man is far from perfect. Some of the dialogue is mannered, Larry's wife is a cartoon shrew, and there are too many fleshy close-ups that emphasize things like ear hair. But it's the first of the Coens' films that seems even vaguely personal — not just because it has elements of their childhood, but because the tone is less controlled, as if they weren't sure where they were going when they set out to write. Is it a comedy? A tragedy? It's on the border. It's like a broad Jewish joke that slowly becomes a jeremiad, a tale of woe that keeps you wondering if the punchline, when it comes, will make you laugh or want to kill yourself.

Larry's son smokes dope before his bar mitzvah, and the vision of the rabbis from his stoned perspective is both uproarious and oddly consoling. The Coens might not believe in the substance of the Torah, but they seem to respect its solidness in a chaotic world. Their vision is morbid, absurd — but not nihilistic. A Serious Man opens with a quote from the bible scholar Rashi: "Receive with simplicity everything that happens to you." The lesson of this haunting film is, "Stuff happens," and if you're going to lose, lose gracefully.