Accessibility links
Obama's Olympic Oops! Or, When To Lie Low President Obama's high-profile lobbying for Chicago as the site of the 2016 summer games crashed early and embarrassingly Friday. Even supporters are still puzzled by his decision to squander political capital on a long-shot bid when he's juggling so much at home.

Obama's Olympic Oops! Or, When To Lie Low

Obama's Olympic Oops! Or, When To Lie Low 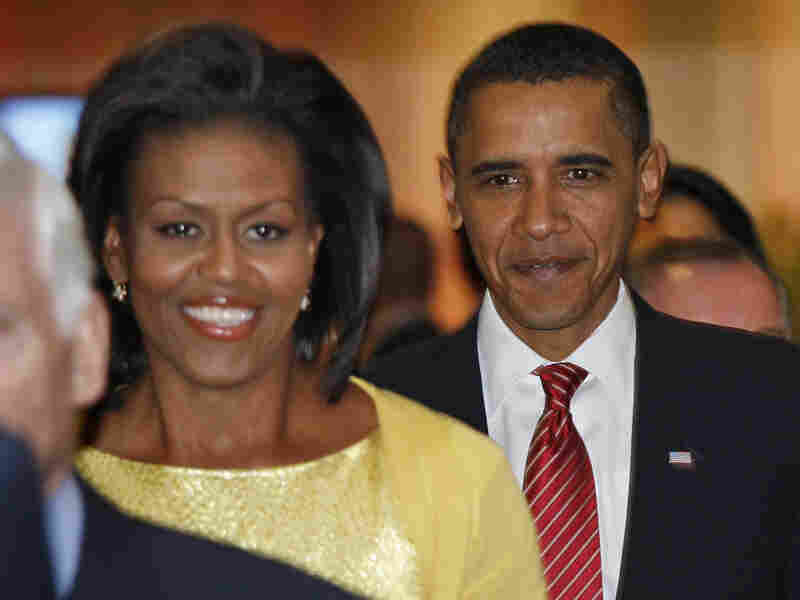 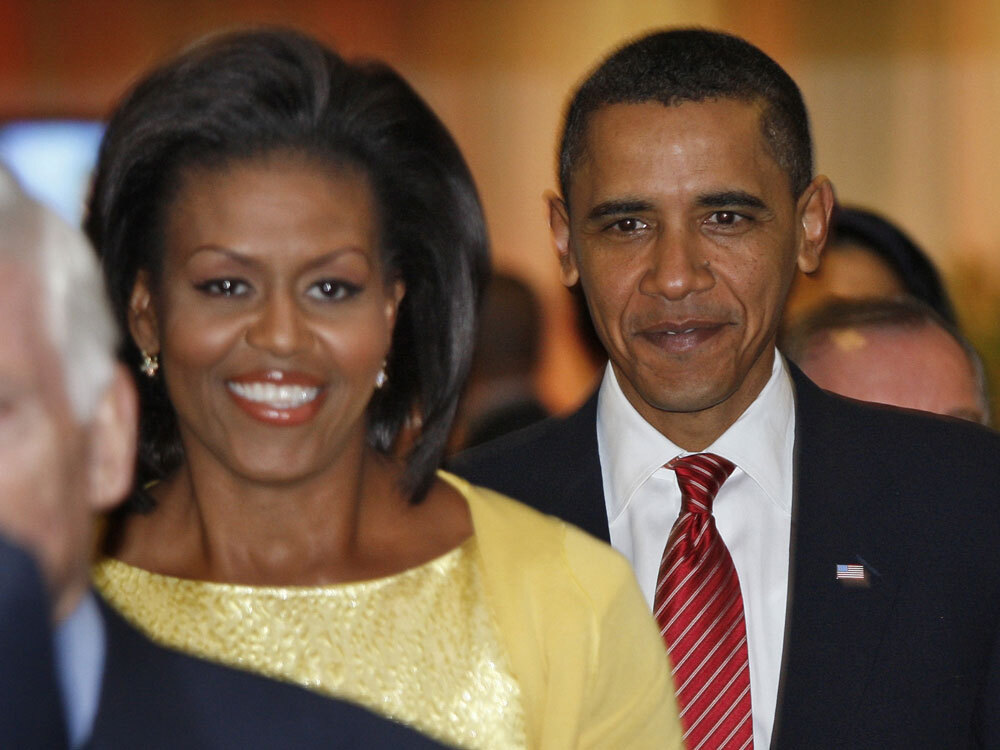 President Obama and his wife, Michelle, arrive for Chicago's presentation for its 2016 Olympic bid before the International Olympic Committee in Copenhagen on Friday. Rio de Janeiro won the summer games.

Friday was destined to be either a "phew" or an "uh-oh" political day in Copenhagen for President Obama, who had traveled to the Danish city to pitch his adopted hometown of Chicago as the site for the 2016 summer Olympics.

At least it didn't take long for him to find out that relief would not be the emotion of the day. The president's high-profile lobbying for the Windy City crashed early and embarrassingly: Chicago attracted the lowest number of votes in a four-city contest eventually won by Rio de Janeiro.

The stunning first-round ouster gave Obama's opponents — even those who say they were rooting for the only U.S. city in the running — fodder for a day of questioning the president's powers of persuasion.

Meanwhile, his supporters were still scratching their heads over his decision to insert himself into an uncertain competition, while debate over his signature health care plan reached fever pitch back home.

"It's been a lost week for President Obama," says Ron Bonjean, a GOP strategist who spent years on Capitol Hill as an adviser to top Senate and House Republicans.

"He's been juggling torches on the economy, health care, Afghanistan, Iran, and he chose to get some extra credit — and it fell flat," Bonjean says.

The president clearly went to Copenhagen without private assurances that his trip would not be in vain — but he had little choice, argues longtime Democratic pollster and consultant Paul Harstad.

"Chicago would have lost in the first round if he didn't go, and then they'd say, 'Gee, why didn't you go?' " he said. "It was not a win-win situation."

Harstad predicted that Chicago's loss of the Olympics would be a one-day story, "less than a blip that's very soon and rightly forgotten."

Who Thought It Was A Good Idea?

Hometown pressure notwithstanding, even those who don't believe the loss will inflict long-term damage to the president or his agenda say there are questions to be raised about advice he got before inserting himself so publicly into the selection process.

"With Chicago rejected so early, they clearly didn't have a shot," says Julian Zelizer, a Princeton University history and public affairs professor. "Why spend time on this, given that it opens the president to jokes and criticism?"

The loss will cause some embarrassment and give fodder to late-night comedians and Obama's opponents, Zelizer says, and the president has no one to blame but himself.

"He asked for it the minute he went and personally made the appeal. This is the attention you're going to get," he says. "It's a story of his own creation."

No one is predicting that the lost Olympics bid will change votes or sentiment on the health care debate. But it did temporarily shift focus from the president's signature issue.

"It's not a make-or-break moment for the president," Zelizer says.

That will come when Congress decides what to do on health care.

"The people who are not going to support him anyway," he says, "will just use this as an example of how he's not a persuasive president."

'No One Bats A Thousand'

Obama had pitched his "Together We Can" campaign for Chicago aggressively in videos and one-on-one telephone calls to officials. And he is the first American president to make a personal appearance before the IOC to promote a U.S. city's bid.

The high-stakes gamble was juxtaposed Friday with Obama's 25-minute meeting aboard Air Force One with his top commander in Afghanistan, Gen. Stanley McChrystal, who had flown to Copenhagen at the president's request. The two last met face to face in June.

The tableau gave Republicans a full menu. The Republican National Committee sent out a two-page compilation of press reports annotated with the committee's own criticisms and this headline: "Ignoring Military Commander, Obama Prioritizes Chicago Olympics Bid Over War In Afghanistan."

Not a good day, says Democratic strategist Peter Fenn, "but nothing ventured, nothing gained."

"Any country getting the Olympics is a big deal, we know that," Fenn said. "His heart was in this — here's someone who isn't afraid to take risks, and stick his neck out."

"No one bats a thousand in this game," he said.

Loss For Obama Or Win For Inclusiveness?

So, in other words, the new president took a high-wire risk by shilling for the folks back home, and in losing, he suffered embarrassment on an international stage he sought — and potentially squandered momentum on his bid to overhaul health care.

"He's not the Superman he thought he was on the world stage," Bonjean says.

Harstad was more sanguine. "He's going to continue a full-court press on health care and see it enacted," he says.

Besides, the win by Rio de Janeiro — the first Central or South American country picked to host the Olympics — may simply be a sign of the times.

"It's actually in keeping with moving from the G-8 to the G-20," Harstad says, referring to a recent decision by the world's economic leaders to expand the sphere of influential members from the predominantly western Group of 8 to a more inclusive membership of 20 countries.

It's one way to look at things as the president, suffering the agony of defeat, is no doubt rethinking where and when he'll use the power of his office in coming days.

"He's enormously proud of the effort that was made," White House spokesman Robert Gibbs said, "obviously [he] wishes that the Olympic Games were coming here in 2016, but I think there's no doubt that this was the right move."

"The president," Gibbs says, "would do it over again."