Accessibility links
Not Just Naughty: N.Y. Burlesque Busts Out In New York City, a burlesque revival that started in the 1990s is still going strong. These days, patrons of what some call "neo-burlesque" are male and female, young and old, gay and straight. "People that go to burlesque now are not just getting their ya-ya's off. They're enjoying it really as an entertainment," one writer says. 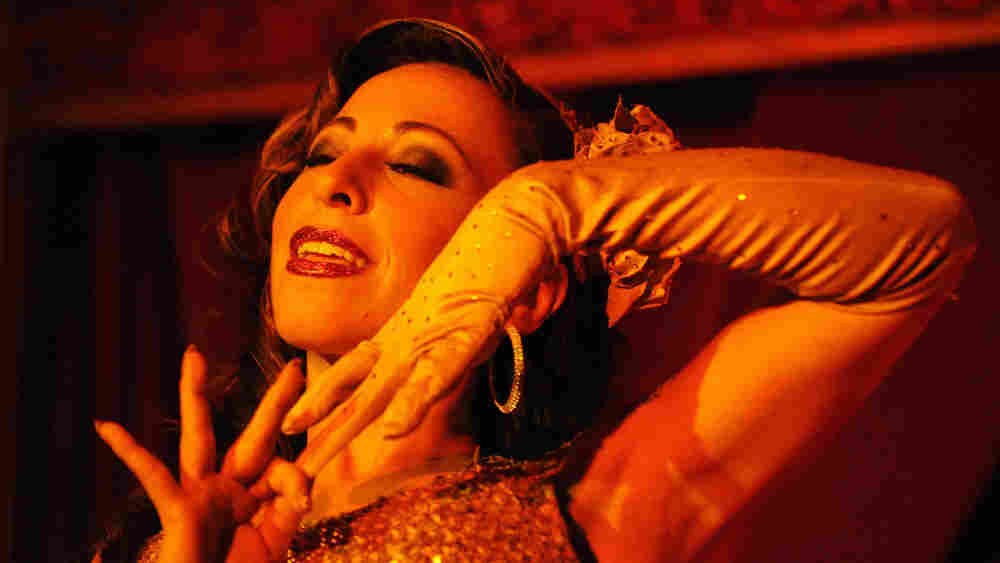 On a recent evening on Manhattan's Lower East Side, Weirdie Girl is go-go dancing for tips in glittering, heart-shaped pasties and cheerfully making out with female patrons attending a bachelorette party.

She's performing at the Slipper Room, the home of the longest-running burlesque show in New York City.

After her dancing, Weirdie Girl takes the jewel-box stage as a despondent beauty pageant contestant. Her sash reads "Miss Understood." Slowly working her way out of a red ball gown, she reveals a beaded bikini and another sash across her chest, this time with the words, "Weapons of Mass Destruction."

The Slipper Room opened in the mid-1990s, amid a burlesque revival in New York that began at loft parties and underground clubs. Many dismissed it as a passing nightlife fad — another reaction to the crackdown on adult entertainment by then-Mayor Rudolph Giuliani. But the audience for burlesque has continued to grow steadily over the past decade.

Back on stage, Weirdie Girl is finally crowned "Miss America" and pulls out a knife, smearing what looks like blood across her bare midriff. She's practically naked, but this is social commentary. 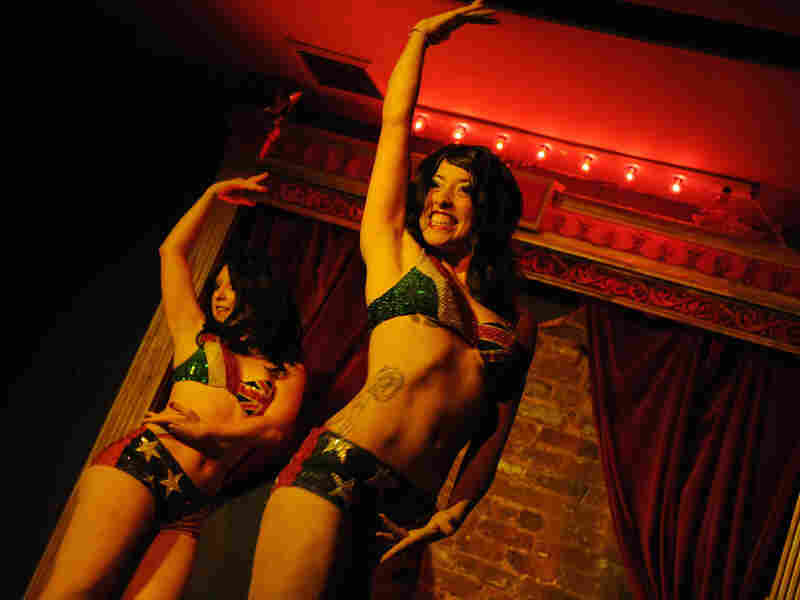 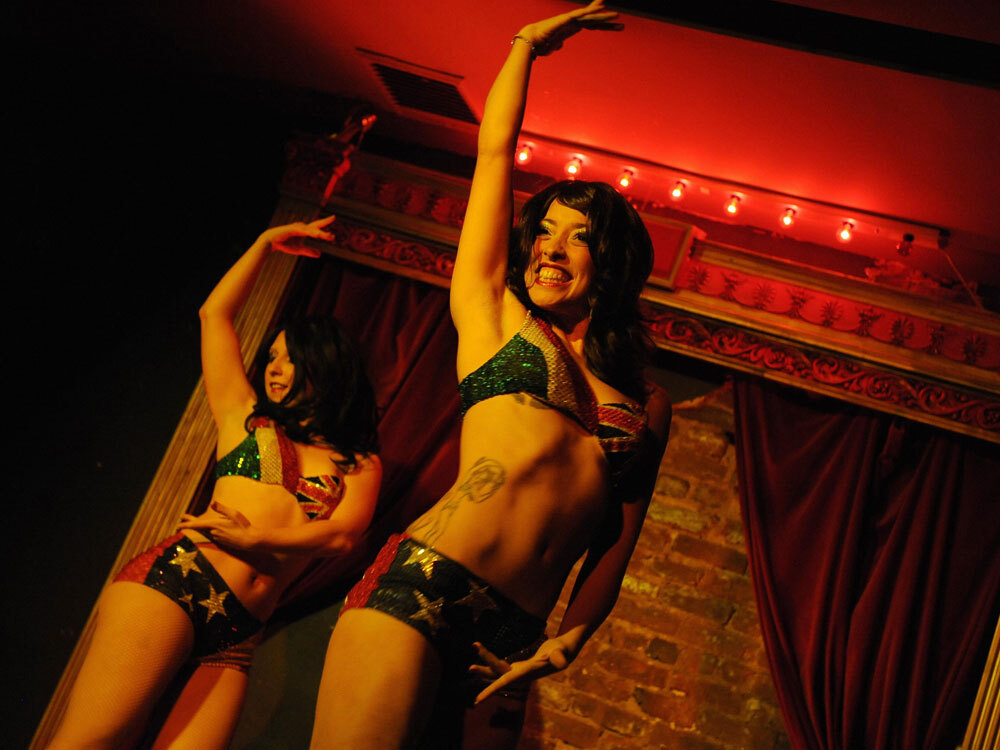 Sara Angevine, a graduate student at Rutgers University, came to the Slipper Room for a birthday party. She says she has seen her share of drag shows and adult entertainment, but none were like this.

"I don't think it's the same as any type of, like, normal strip show," Angevine says. "It's celebrating women's sexuality and their bodies in a way that I think gives them a lot of ownership."

Whatever you think about the potential for female empowerment through burlesque, the context for it has changed radically since the 1940s. Back then, it was like vaudeville's red-headed stepchild, and Mayor Fiorello La Guardia unceremoniously shut down Times Square clubs.

"Most men were showing up to watch it mainly because this was their big chance to see a naked woman," says Michael Musto, who frequently writes about burlesque for his column in the Village Voice.

"There weren't a lot of opportunities to see naked bodies at that time, except in very covert places," Musto says, based on his research. "Nowadays, of course, you could find some peep show — whatever's left in New York — or just turn on your computer and you have access to all kinds of nudity. So I think the people that go to burlesque now are not just getting their ya-ya's off. They're enjoying it really as an entertainment."

It Takes All Kinds

Burlesque dates roughly to the 19th century and has always been about comedy and satire. These days, patrons of what some call "neo-burlesque" are male and female, young and old, tourists and locals, gay and straight. The performers come to burlesque through performance art, drag and the circus.

Angie Pontani started her career on the Coney Island boardwalk, where they still have rough-and-ready weekly burlesque shows.

"I trained in dancing from about 4 years old," Pontani says. "Then as I got older ... I studied pointe and I studied some Martha Graham and some modern, which was absolutely not for me at all."

So today, Pontani co-produces the New York Burlesque Festival — which this weekend reclaims Times Square, where feather boas reigned decades ago. More than a hundred people will perform, some traveling from as far away as Sweden and Japan.

In New York, aspiring festival participants — women and the occasional man — can learn the craft at the New York School of Burlesque.

Jo Boobs — not her real name (that's Jo Weldon) — is the school's headmistress. Much of the time, her class doesn't feel especially different from a dance or theater workshop — except for the fact that everyone is wearing 4-inch heels. But there's more here than mascara and body glitter: a spirit typical of burlesque — acceptance.

"I get really excited," Boobs says, "when I'm working with someone who's been through a major trauma or is disabled. I've had a private class with a woman who had a double mastectomy and taught her to twirl tassels."

As she explained to one of her classes, Boobs has learned to reconcile burlesque's past with its more liberated present.

"What's really radical about burlesque is taking a form that represents an era that was extremely oppressive to women and honors their art form, which was left behind," Boobs says.

With a revival that's been going strong for 10 years, it's not behind them anymore. You might say it's all up front.