Accessibility links
Why Chicago Failed To Win The Olympics The Windy City's political talents were offset by new rules meant to protect International Olympic Committee voters from the sort of influence peddling that might have worked in the past.

Why Chicago Failed To Win The Olympics

Why Chicago Failed To Win The Olympics 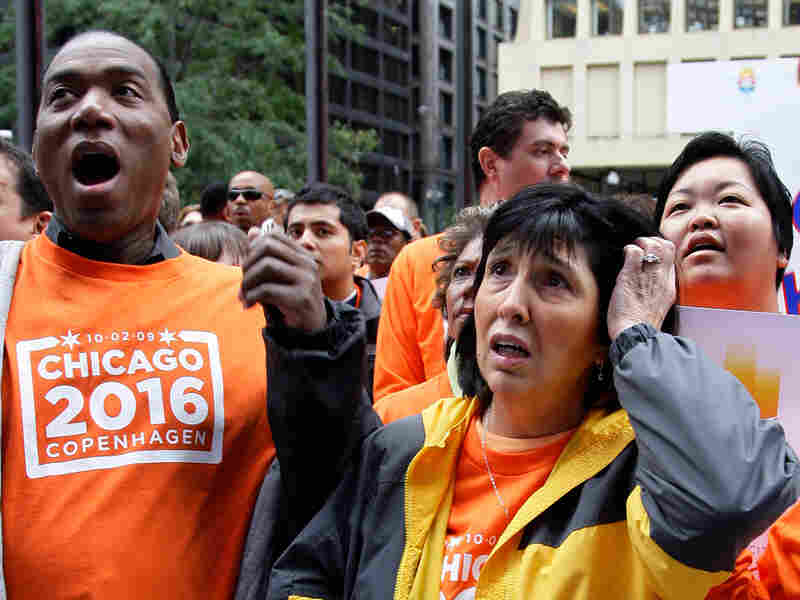 Chicago 2016 supporters react as they learn the city has lost its bid to host the Olympics. Morry Gash/AP hide caption 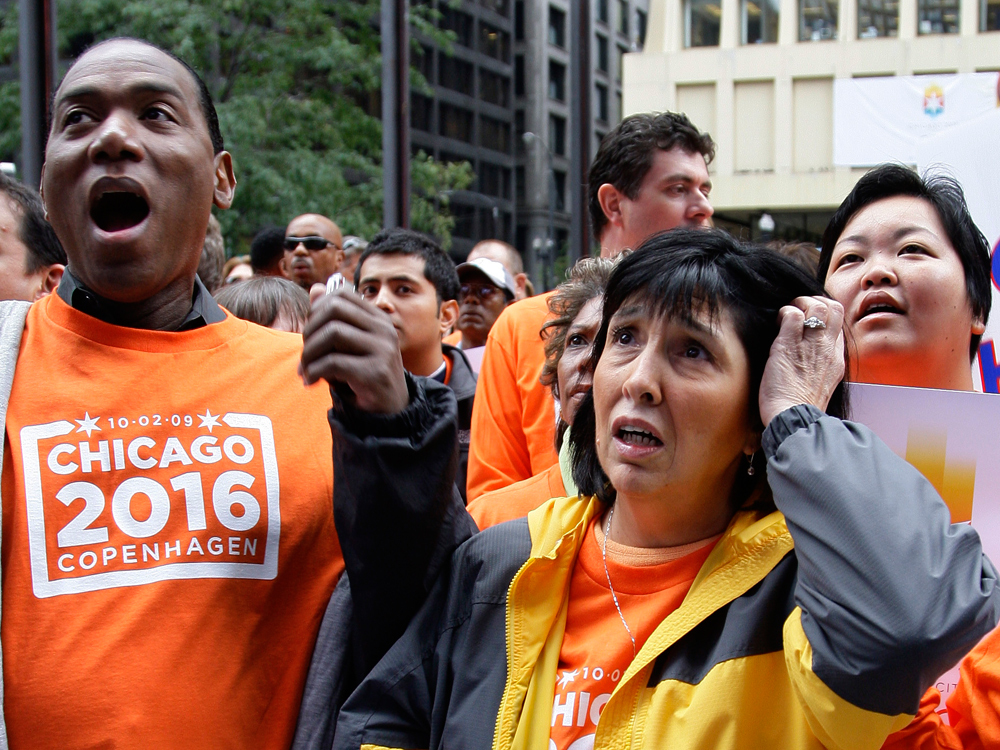 Chicago 2016 supporters react as they learn the city has lost its bid to host the Olympics.

Actually, it's not Chicago's fault. Nothing more could have been done. Nothing legal at least.

Olympic insiders praise the city's 2016 Olympic bid as completely solid. The plan was sound. The anticipated venues were stunning and compact. The ambitious funding projections were reasonable, given the kind of corporate and American television revenue an American Olympics can generate.

Chicagoans may not like to admit it, but there's no American city with a better track record of working a room, peddling influence, counting votes, buying loyalty, playing hardball and cultivating corruption.

So, neither the practiced politicos in Chicago nor in the White House could wine and dine, glad-hand, lobby or perform the most basic function of any campaign: count potential votes. They couldn't poll and then shift strategy based on the polling results. They could only guess at who would vote which way, and even then, there was very little they could do about it.

All that worked wonderfully in the past for cities so desperate to host the Olympics that they plied the votes of members of the International Olympic Committee with college scholarships for the kids, all-expenses-paid vacations, lucrative real estate deals, luxury bathroom fixtures, surgical procedures, laptop computers, skis and skiwear, rent-free housing, shotguns and more. To be fair, that culture of Olympic corruption was due as much to the greedy demands of IOC members as it was to the complicit desperation of bidding cities.

It was a culture that played to the strengths of a bidding city like Chicago. Imagine the results if the gold medalist for patronage and political corruption could have applied its considerable skills to that atmosphere.

It would have been politics as usual for Chicago.

The scandalous behavior of IOC members and Salt Lake City Olympic bidders in the 1990s triggered reform that effectively banned the gifts and favors. The reform effort also made it difficult to apply legitimate politicking to the bidding process. This not only hogtied the savvy political operatives in Chicago, it also minimized the role of President Obama, the Olympic bidder-in-chief.

The tough bidding rules established after the Salt Lake City scandal made it impossible to conduct even the most fundamental political campaign. IOC members are not permitted to visit bidding cities and even meet with the bidders, except under very limited and controlled circumstances.

So, neither the practiced politicos in Chicago nor in the White House could wine and dine, glad-hand, lobby or perform the most basic function of any campaign: count potential votes. They couldn't poll and then shift strategy based on the polling results. They could only guess at who would vote which way, and even then, there was very little they could do about it.

Those who were certain that the president went to Copenhagen because the result was predetermined know nothing about Olympic politics and IOC members. The balloting for host cities is secret, and IOC members are famous for not talking about their votes, before or after the voting. Trusting those who do talk is risky because there's no accountability in a secret vote.

Chicago also suffered from Olympic politics completely beyond the control of its bidders. Rio de Janeiro had the strong emotional appeal of finally staging an Olympics in South America. It's a new market for what the IOC likes to refer to as "Olympism," which includes the spreading of Olympic ideals and tapping new corporate and television revenues.

Also, the U.S. Olympic Committee seemed to go out of its way to put obstacles in Chicago's path. IOC members are not generally fond of the United States because (choose one or select all):

1. American corporate sponsorships and television contracts are the single-biggest source of Olympic funding. This is viewed by some as Olympic imperialism.

2. The U.S. is viewed as an arrogant and dominating world power generally.

3. The Olympic bribery scandal involved an American bid and resulted in humiliating hearings in the U.S. Congress (in which then-IOC-President Juan Antonio Samaranch was forced to empty his pockets at a metal detector) and a failed but embarrassing prosecution by the Justice Department.

The U.S. Olympic Committee helped fan any lingering anti-American flames by announcing a U.S. Olympic television network, despite the IOC's insistence that more discussion and negotiation was necessary first. A truce helped ease simmering resentment over the USOC share of Olympic revenues, but that came late in the bidding process. And the USOC's ongoing senior leadership crises and changes left the group unprepared to do the networking and bid marshalling that IOC members expect.

Finally, Chicago politicians defied their reputations for political acumen by failing to guarantee Olympic funding until a few weeks before the voting. This is the most basic element of Olympic bidding: Don't leave the IOC on the hook if you don't raise enough money to pay all the Olympic bills. The failure to provide the guarantee earlier could have been viewed as classic American arrogance, as in "we like to do things our way."

Chicago and President Obama were only able to muster 18 of 94 votes. That's a pathetic 19 percent, proving the bidding for the 2016 Olympics was anything but politics as usual.