Accessibility links
Foreign Policy: Why Brazil Won The 2016 Olympics There's a larger story to tell about Friday's decision, one that speaks to other emerging nations on the brink of global power. Brazil's 2016 win shows that effective presidential stewardship, fearless competition, and a bit of strategy pays off at the international level and at home. Let the games begin. 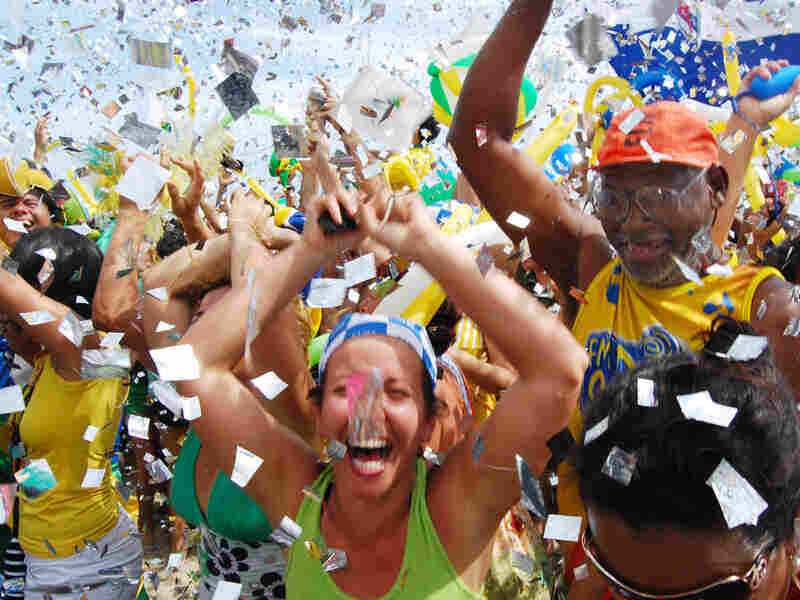 People celebrate on Copacabana beach in Rio de Janeiro on Oct. 2, 2009, after the International Olympic Committee chose Rio as host of the 2016 Summer Games over Madrid, Tokyo and Chicago. Kyodo via AP hide caption 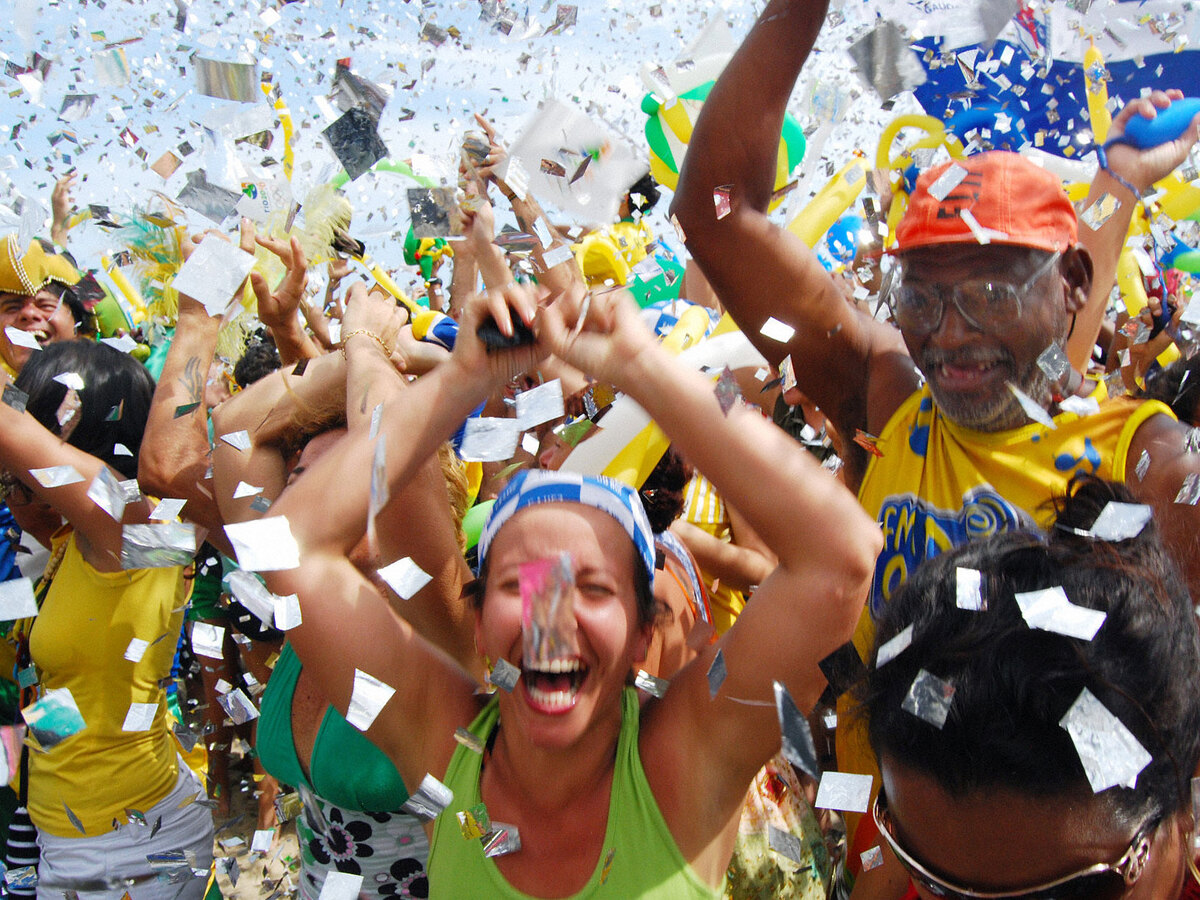 People celebrate on Copacabana beach in Rio de Janeiro on Oct. 2, 2009, after the International Olympic Committee chose Rio as host of the 2016 Summer Games over Madrid, Tokyo and Chicago.

As of Friday, Brazil certainly has a lot more to boast about. Aside from its beautiful beaches, world-famous carnival, crowd-drawing soccer, and a renowned HIV/AIDS program, Brazil is the next host of the summer Olympic Games as declared by the International Olympic Committee in Copenhagen — beating out Tokyo, Madrid, and even an Obama-backed Chicago bid. This is indeed a momentous event — and one that comes after several years of strategy, planning, and arduous efforts by Brazil's President Luiz Inacio Lula da Silva. Now, Lula will be rewarded with yet another venue to showcase Brazil and to signal the country's growing international influence. In short, the Olympic Games will reaffirm the government's international reputation as a leader among emerging nations.

For those familiar with Brazil's athletic history, today's decision seems only natural. The country breathes sports — everything from NASCAR racing, to volleyball, to soccer, to martial arts. And more importantly, perhaps, to the International Olympic Committee, the country has a long history of hosting international sporting events. In 1963, for example, Brazil hosted the Fourth Pan American games in Sao Paulo, drawing in thousands of competitors and spectators. The Pan American Games were once again hosted in 2007 in Rio, providing even more recent evidence of Brazil's commitment and ability to host international games.

Wisely, however, Lula did not rely on this culture and history alone to propel his bid. In recent years, the president seems to have been taking notes on how other countries have increased their odds. Among the lessons he garnered was the importance of physically attending the presentation and vote to stake his claim. He noted then-British Prime Minister Tony Blair's efforts in 2007, for example, when Blair traveled to Copenhagen, made a strong case for London, and came home with the 2012 summer games. In 2005, then President Vladimir Putin showed up before the Olympic Committee in Guatemala to lobby for Russia's bid to host the 2014 Winter Games, which he won. Following in their footsteps, Lula made it very clear early on that he was planning to travel to Copenhagen to fight for Brazil's right to the Olympics. In sharp contrast, U.S. President Barack Obama announced he would attend only at the last minute. Loving soccer as he does, Lula no doubt saw this as a competitive challenge — one that he clearly gamed masterfully.

While in Copenhagen, Lula was also very strategic in his country's presentation before the committee. He brushed aside concerns of violence and crime in Rio, and to the president's credit, the Olympic Committee praised Brazil for recent security improvements. Lula also claimed that the Olympics would help build Brazil, and especially the city of Rio de Janeiro, by providing jobs for the poor, integrating civil society, and building a spirit of peace and cooperation through sport. Such a prospect no doubt appealed to the committee as this goal was one of the original touted benefits of the modern Olympics Games, dating back to their genesis at the end of the 19th century.

Most important, though, was Lula's argument that Brazil deserved and needed the Olympics. Richer countries had had their turn, Lula said, and now it was Brazil's chance. Brazil ranks 10th among the world's wealthiest countries, but it is the only one of them never to have hosted the games. It will be the first South American country to do so.

International sports tend to mirror politics. Friday's decision will reveal, yet again, that Brazil is an emerging power, and that it has the talent, infrastructural capacity, and political commitment needed to play competitively in global political (and athletic) games. Such an endorsement will only boost Lula's ability to shape international discussions and forge closer ties with other foreign leaders. Perhaps since Lula visited Beijing in 2008 and publicly supported the government's efforts, the president of China will return the favor in 2016.

There's also a larger story to tell about today's decision, one that speaks to other emerging nations on the brink of global power. Like Brazil, India's and South Africa's governments still confront a high degree of poverty, inequality, and weak infrastructure — especially in rural areas. Like South Africa, recent winning bid for the soccer World Cup, Brazil's win shows that effective presidential stewardship, fearless competition, and a bit of strategy pays off at the international level and at home. Let the games begin!