Accessibility links
In Bogota, An Intricate Web Of Secrets, Betrayal Gabriel hasn't spoken to his father since the senior writer's review proclaiming his son's first book a failure. When impending heart surgery reunites the men, generational tensions surface along with WWII-era intrigue in Juan Gabriel Vasquez's inventive and intricately plotted The Informers. 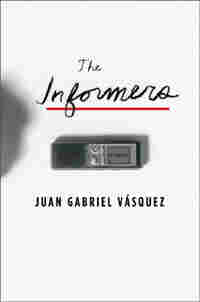 Even the most original writers labor under the shadow of their elders. The critic Harold Bloom has argued that the truly great artist overcomes this anxiety of influence only by "killing the father," his or her predecessor, through misinterpretation. Whether or not this is true, the relationship between writers who are, literally, parent and child, often takes on a combative quality.

Martin Amis, for instance, attributes his tolerance for criticism to his father Kingsley's candid disapproval; the older writer announced that he "couldn't get on" with Amis' second book, and later threw the much-acclaimed novel Money across the room. Auberon Waugh, meanwhile, was so haunted by the father who called him, at 7, "clumsy and disheveled, sly, without intellectual, aesthetic or spiritual interest," that he eventually wrote a memoir called Will This Do?

Generational tensions of both the familial and cultural sort form the thematic center of Colombian writer Juan Gabriel Vasquez's inventive and intricately plotted The Informers. As the novel opens, its narrator, Gabriel Santoro, receives a surprise phone call from his estranged father, a renowned speechwriter, professor and critic, and learns that he will soon undergo risky surgery for an obstructed artery. The two men haven't spoken for a couple of years, since Santoro Sr. published a hostile review proclaiming his son's first book a failure.

Gabriel expresses his bewilderment at this rebuke so eloquently, and Vasquez structures his story so masterfully, that the mystery of the elder Santoro's disapproval quickly consumes the reader. Why would Gabriel's book — an account of the life of a family friend who fled Nazi Germany with her parents and settled in Bogota — so inflame the father who until then had exhibited only pride in his son, the father who was, although an exacting wordsmith, a "perfect specimen of that predictable species: those who are so confident of their life's achievements that they have no fear of baptizing their children with their own names"? And while Gabriel is baffled and hurt by his father's scathing criticism, he becomes even more perplexed as the man recuperates and begins to speak of a "second life," of wishing to carry on as if I hadn't published that review, as if I hadn't actually gone as far as doing that cowardly thing I did to us." 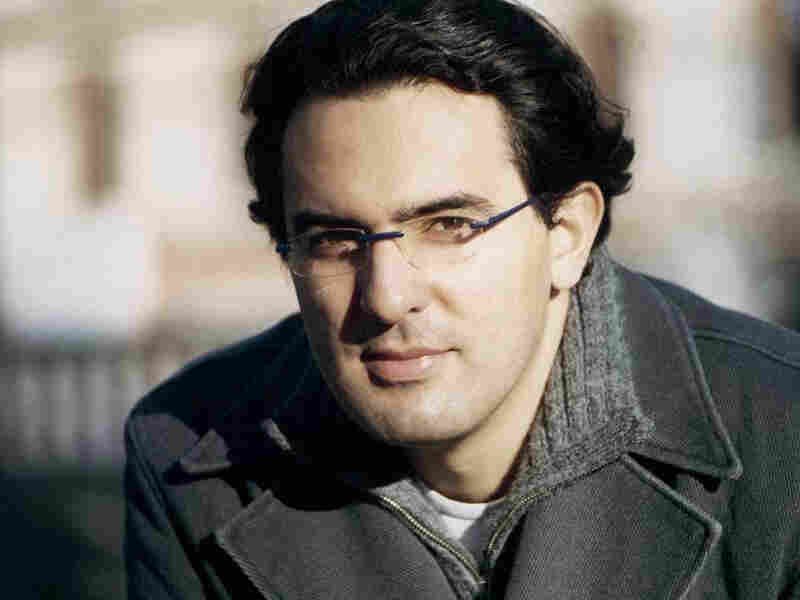 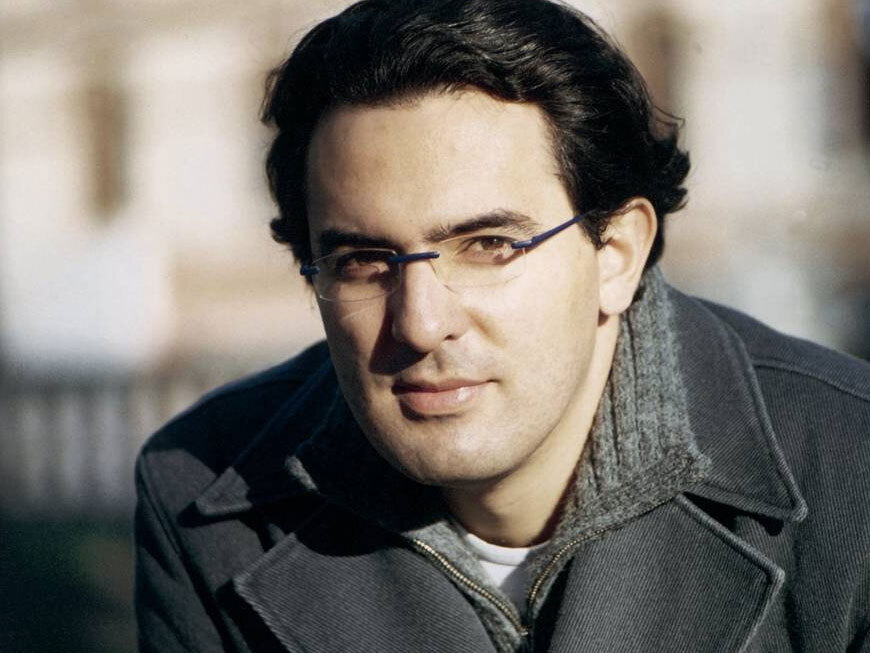 Juan Gabriel Vasquez's previous books include Hiroshima and The Art of Distortion.

Although its present-day action unfolds in 1990s Bogota, The Informers' true intrigue is of an earlier vintage, dating to the World War II era of refugees and blacklists. Gabriel increasingly questions his own motivations, the "strange satisfaction" he gets from "giving shape to other people's lives, stealing what's happened to them, which is always disordered and confused, and putting it on paper." And as the truth about our narrator's father emerges, Vasquez calls into question the reliability not just of Gabriel's story but of all historical reportage.

And then the unthinkable happened: my father made a mistake. The man who spoke in perfect paragraphs, who communicated during the course of a normal day in quarto sheets ready for press, had mixed up his papers, confused his objectives, forgotten his speech and didn't have a prompter handy. The man who forecast the oblivion of my book lost control and ended up doing everything possible so that my book would be remembered. On its own merits, A Life in Exile would have gone unnoticed; my father — or rather his disproportionate, impetuous, unthinking reaction — took care of putting the book center stage and focusing all spotlights on it. "He's going to publish a review," Sara warned me. "Please tell him not to, tell him that's no way to behave." I replied, "I'm not saying anything. Let him do what he likes." "But he's mad. He's gone mad, I swear. The review is going to be terrible." "I don't care." "You have to convince him; he's going to hurt you. Tell him the book was an accident. Make him see reason. Tell him that publishing the review is against his own interests. If he publishes it, it's going to attract people's attention. Explain that to him. He doesn't realize. This can be avoided." Then I asked her why she was so worried. "Because this is going to hurt you both, Gabriel. I don't like to see you hurt each other. I love you both." Her explanation struck me as odd; or rather, it struck me as superfluous, and therefore incomplete. "You'd rather the book wasn't spoken about," I said to Sara. "That's not true. I'd rather he wouldn't speak of the book. I'd rather he wouldn't speak about the book like that. He's going against you, but that's not it. It's that all this is contrary to his own intentions, don't you see?" "Of course I see. So what?" "I've never seen him react so pathologically. Who knows what'll happen afterward. This isn't Gabriel." "Tell me something, Sara. Did you know?" "Did I know what?" "Don't play the fool. Did you know? And if you knew, why isn't it in the book? Why didn't you tell me during the interviews?" It's an odd debating strategy that I've forgotten the name of: if your opponent demands something, respond with even more aggressive demands. "Why did you hide it from me? why did you give me incomplete information?"

As the subject for his first book, the journalist Gabriel Santoro has chosen one of the most difficult and, at the same time, one of the least original. Jewish emigration in the 1930's has been, for several decades, the talk of as many journalists as there are places in the journalism schools. Santoro wanted, undoubtedly, to appear audacious; he would have heard that audacity is one of the journalistic virtues. But to write a book about the Holocaust in this day and age is as audacious as shooting a sitting duck.

The author of A Life in Exile imagined that the mere announcement of his theme — a woman who escaped from Hitler as a young girl and settled permanently in our country — was sufficient to generate terror and/or pity. He imagined, as well, that a clumsy and monotonous style could pass for a direct and economical one. In short: he counted on the reader's inattentiveness. Sometimes it's sentimental: the protagonist is a woman "of fears and deliberate silences." Sometimes it's wordy: in Colombia, her father feels "distant and welcome, accepted and foreign." Anyone will notice that the metaphor and the chiasmus aim to reinforce the ideas; anyone will notice that they manage only to weaken them. These are not the only occasions where this happens.

Of course it would all work better if the intention in general wasn't so obviously opportunistic. But the author tells us that emigrating is bad, that exile is cruel, that an expatriated man (or, in this case, woman) will never be the same. The pages of this book are rife with the cliches of sociology, while more thought-provoking truths, such as the capacity of men to reinvent themselves, to remake their destiny, remain submerged. They haven't interested the author; perhaps this is why the book doesn't interest us.

Finally, A Life in Exile is little more than an exercise: a commendable exercise, some will say (although I don't know with what justification), but an exercise after all. I won't point out that its tropes are cheap, its ethos questionable, and its emotions secondhand. I will say, however, that as a whole it is a failure. This verdict is clearer and more direct than the best inventory of the book's shortcomings, the listing of which would be as futile as it would be exhausting.

The text was signed with the initials G.S. There was not a single reader unaware of the name they stood for. 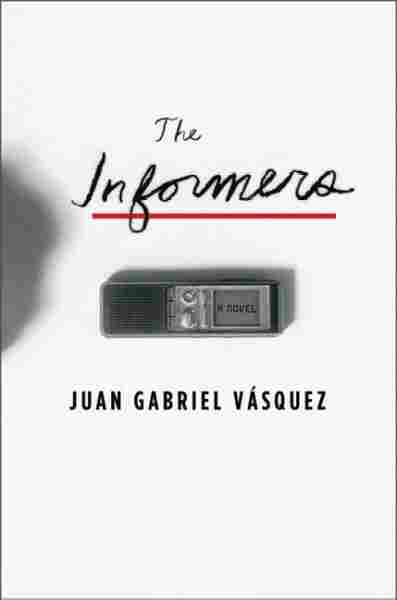