Accessibility links
Forget Ashes To Ashes: In L.A., It's Art To Art Robert Fontenot doesn't just create art out of recycled materials; he takes the art from gallery auctions and creates something new, recycling unwanted gallery pieces into new works of art that may one day wind up back in the museum. 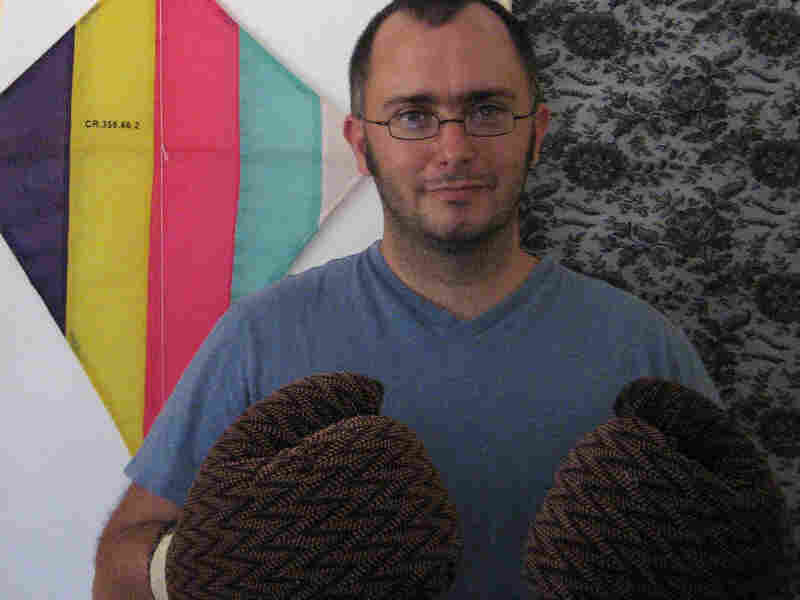 Artist Robert Fontenot poses with a pair of plush boxing gloves that he fashioned out of a pair of corduroy knickerbockers from the 1920s. Vanessa Romo hide caption 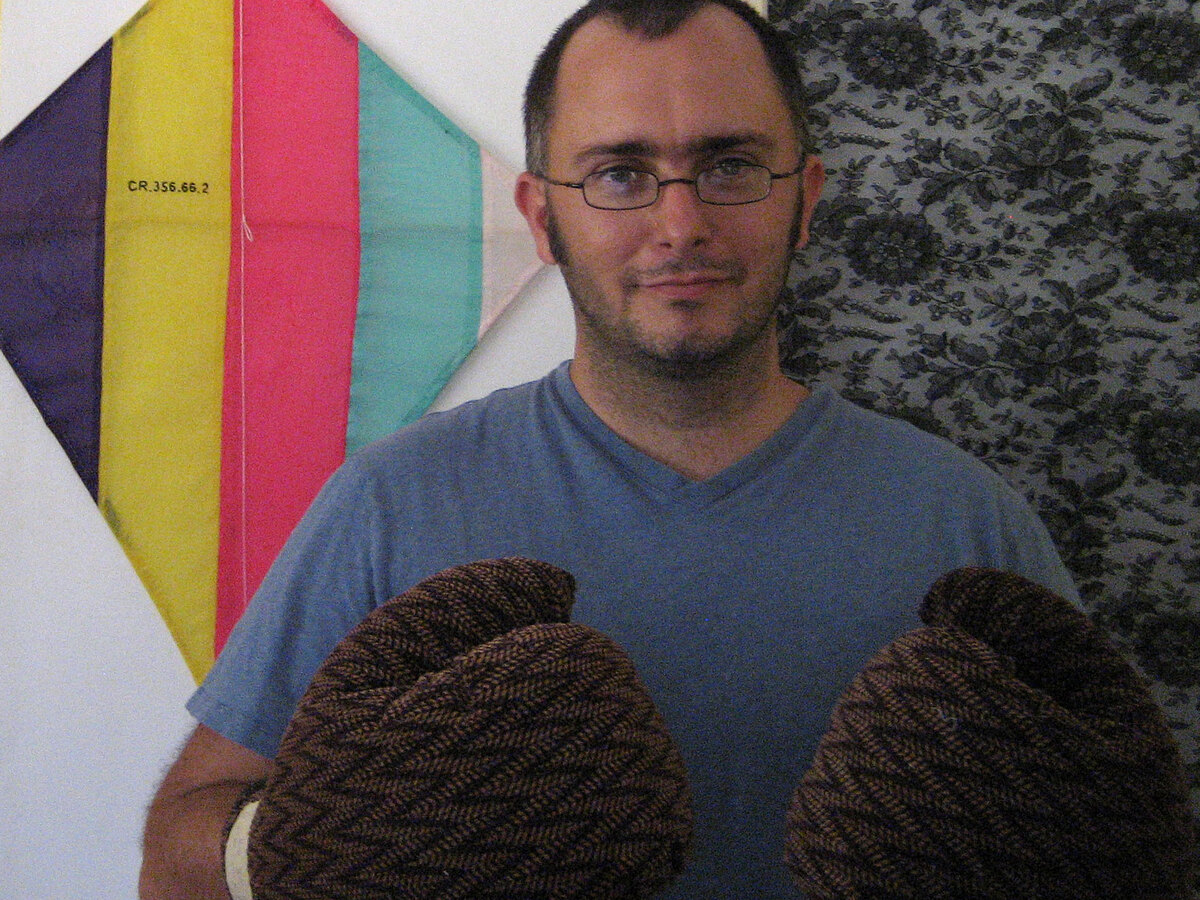 Artist Robert Fontenot poses with a pair of plush boxing gloves that he fashioned out of a pair of corduroy knickerbockers from the 1920s.

What happens when one of the most prestigious art museums in the country has too much stuff? That question was answered recently when the Los Angeles County Museum of Art (LACMA) held a garage sale of sorts, in which it offered boxes of mystery items up for auction.

Robert Fontenot, an artist who attended the sale, was determined to bring a little bit of the museum home with him. He watched lot after lot move off the auction block, noticing that that some didn't sell, while others went really cheaply.

For just $20, Fontenot became the proud owner of the mystery lot, which included coats by John Anthony (who designed dresses for Jackie Kennedy Onassis) and James Galanos (who has designed for Nancy Reagan) and a dress by Claire McCardell.

Fontenot's auction purchase may have seemed impulsive, but it was part of a larger plan: The Inglewood, Calif.-based artist is currently working on a new series called Recycle LACMA.

LACMA had these items ... [and] they weren't going to use them. ... In my mind, it's sort of like a ship. You don't want to just throw something over when it's useless, if there's another way it can be used.

In all, Fontenot has acquired more than 50 pieces from LACMA's costume and textile collection, and he's painstakingly deconstructing every garment to create something new.

"LACMA had these items ... [and] they weren't going to use them," Fontenot explains. "In my mind, it's sort of like a ship. You don't want to just throw something over when it's useless, if there's another way it can be used."

Fontenot gives the discarded pieces a second life as useful art, which he calls "practical sculptures." In his hands, a pair of corduroy 1920s knickerbockers becomes a pair of plush boxing gloves; a silk brocade dress transforms into an umbrella; and the Galanos coat from the auction morphs into a car seat cover.

"There was just something about that big floral pattern [of the coat], and all the black fabric that it was lined with that really reminded me of those cheap car seat covers you can buy," he says.

Fontenot is chronicling every step of this project on his blog, where he also addresses the contentious issue of "de-accessioning" — that's the fancy word museums use when they sell or unload unwanted pieces.

"I've learned that there is a widespread misconception that because something was in a museum, it's museum quality," he says. "As you can see from some of these items, it is just not true."

Fontenot certainly isn't the first artist to shine a spotlight on a museum's leftover collection. In 1970, Andy Warhol's Raiding the Icebox exhibit displayed a museum's collection of chairs. But Fontenot's work goes beyond that, says Rita Gonzales, who curates contemporary art for LACMA. She says there's a poetic aspect to his work.

"Thinking of the work of the artist as ultimately a job of recycling — recycling culture, recycling metaphors, recycling history --- is, I think, the most poignant thing about his project," she says.

For Fontenot, the entire life-cycle of art — from its initial inspiration to the creation to the acquisition of it, even to its disposal — is very zen. And, captivated as he is by the theme of recycling, there's really only one place he'd like to see his final collection: LACMA, again.