Accessibility links
Jeff Jarvis: Rewriting Media's Business Model (Again) Brace yourselves for the collapse of big regional newspapers, Jarvis warns — but don't give up hope. The new media evangelist and author of What Would Google Do? says that alliances of small, local news Web sites are the future of journalism. 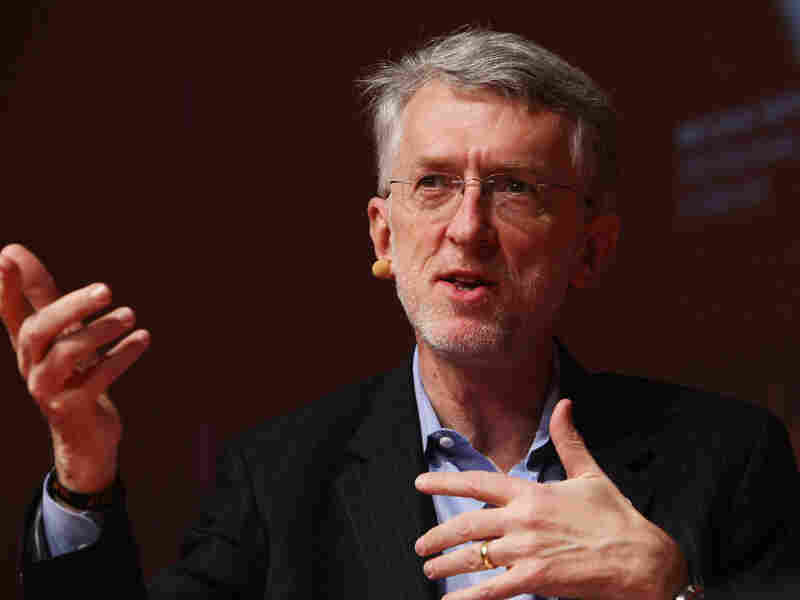 Jeff Jarvis is the director of the interactive journalism program at the City University of New York's Graduate School of Journalism. Ralph Orlowski/Getty Images for Burda Media hide caption 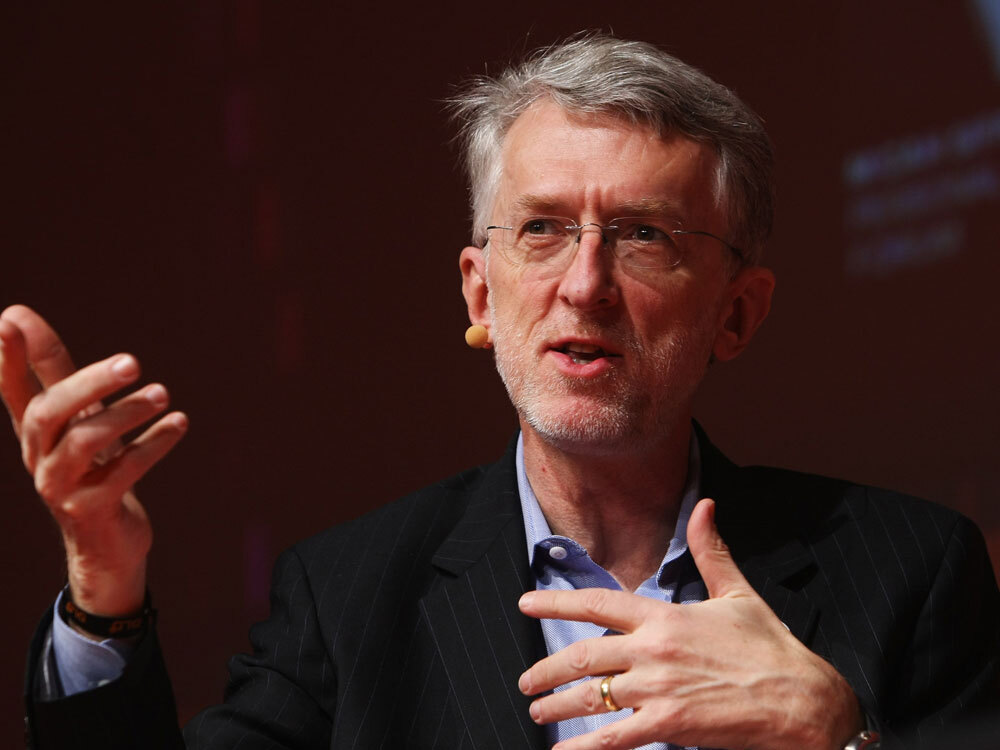 Jeff Jarvis is the director of the interactive journalism program at the City University of New York's Graduate School of Journalism.

Jeff Jarvis is a professor and entrepreneur, but he's best known as a successful media blogger, so it should surprise no one that he's a relentless self-promoter with a fairly loose definition of personal boundaries.

He wears a lapel button that reads "WWGD" to hype his book — What Would Google Do? — and announced his diagnosis of prostate cancer on his blog. Jarvis also routinely takes shots at the nation's newspapers, the "angry old white men" leading them, (his words), The Associated Press, and other juicy targets in the media world.

Yet as the nation's news executives survey a charred media landscape, they are turning to digital media gurus for guidance. And despite his prescription for radical change, Jarvis is one of the most ubiquitous.

"Jeff is a practitioner who has some good ideas that he's excited about and wants to see tested widely," says Jim Schachter, editor of digital initiatives at The New York Times. "He's constructed a platform for himself. He wrote a book — knows how to promote it; he lives in [New York City], a living, breathing megaphone for ideas; and he works really hard at being an evangelist. And that's a really important role to play in a time of flux."

These days, the new-media evangelist often has an academic perch from which to preach. In his case, it's as director of the interactive journalism program at the City University of New York's new Graduate School of Journalism.

"Rather than surrendering, and believing there isn't a model, what we've set out to do at CUNY was to see whether we could find sustainable business models for the future of journalism," Jarvis says. "How can we not just preserve the past of journalism, but update journalism? What does that business look like? And then, very importantly, how the hell do we build it?"

Jarvis also writes columns for the U.S. edition of U.K.-based Guardian. And Jarvis' prescriptions for radical change are being met with polite and even interested response from the big media figures whom he roundly criticizes.

"We may be at a low point now in terms of the prospects for news, in an industry that very much seems besieged and uncertain as to its future," says Gordon Crovitz, the former publisher of The Wall Street Journal. "I applaud anyone who is coming up with potential new business models and new ways to — as business people would say — monetize the content [and] support the journalism."

Jarvis has been testing new models for decades. He's now 55, but at the tender age of 21, Jarvis became assistant city editor at the Chicago Tribune. He was also the creative force behind Entertainment Weekly magazine and the first Web sites for the Advance newspaper chain — and he's been a consultant for the New York Times Co.

Brash on the blog, he's quite affable and engaging in person. But Jarvis couldn't disagree more with Crovitz, who built the nation's most famous paid content model at the Journal and is also the co-founder of a new company, Journalism Online LLC, that would enable news organizations to charge people to read articles on Web sites. Jarvis' prescription for journalists, oversimplified, is that they should offer news online free of charge; they should blur the line between amateur and professional newsgathering; disclose personal beliefs and biases; and conduct their reporting in public view.

Jarvis argues that people need to prepare themselves for the collapse of big regional newspapers, which he says have failed to adapt to the Internet age. In their place, he proposes alliances of small news Web sites — each intensely focused on local news. He says they can provide useful coverage and still be profitable at a much smaller combined cost than the big older newsrooms. But in making his pitch recently at an Aspen Institute conference, Jarvis faced some tough questioning.

Digital media investor Esther Dyson argued that his profit projections were inflated. And Jon Leibowitz, the new chairman of the Federal Trade Commission, questioned whether these alliances of small news sites would sufficiently serve the public interest.

"I'm not so sure that the ecosystem that you propose — and particularly given the First Amendment values — is necessarily as good for society as some aspects of the current system," Leibowitz said.

Yet Jarvis is undaunted. His school sits just a block away from the New York Times — and his graduate students are working for the Times on hyperlocal blogs reporting on a handful of communities in Brooklyn and suburban New Jersey. Local residents help generate some content.

"There may be places where the economics of hyperlocal work, and Jeff and his team have found a handful of places," Schachter says. "But there is not a universal formula that is putting food on the table for the proprietor and quality news and information on the Web for a local community."

But Jarvis says journalists have to be more open to new definitions of their trade.

"It's not about embracing me. I don't care if anybody embraces me," Jarvis says. "The problem today is that there's not a good business model for the future of journalism."

Jarvis thinks he has the answer. But if this vision doesn't take, ailing news organizations will still be casting about for solutions. And he promises to be cooking up more.