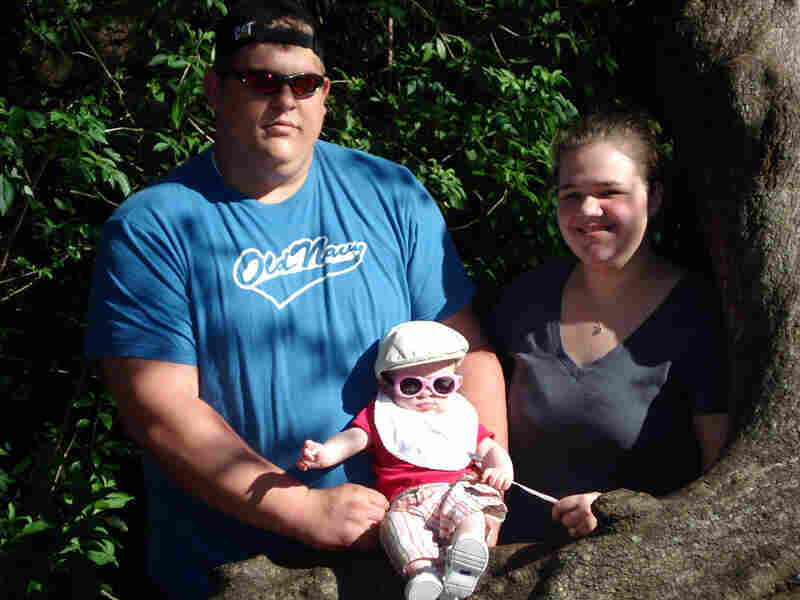 The Whitneys with their daughter, Emily, who was conceived through IVF. Last month, the couple was told that their remaining embryos, harvested at the same time as Emily's, were still missing after DNA testing. Courtesy of the Whitney family hide caption 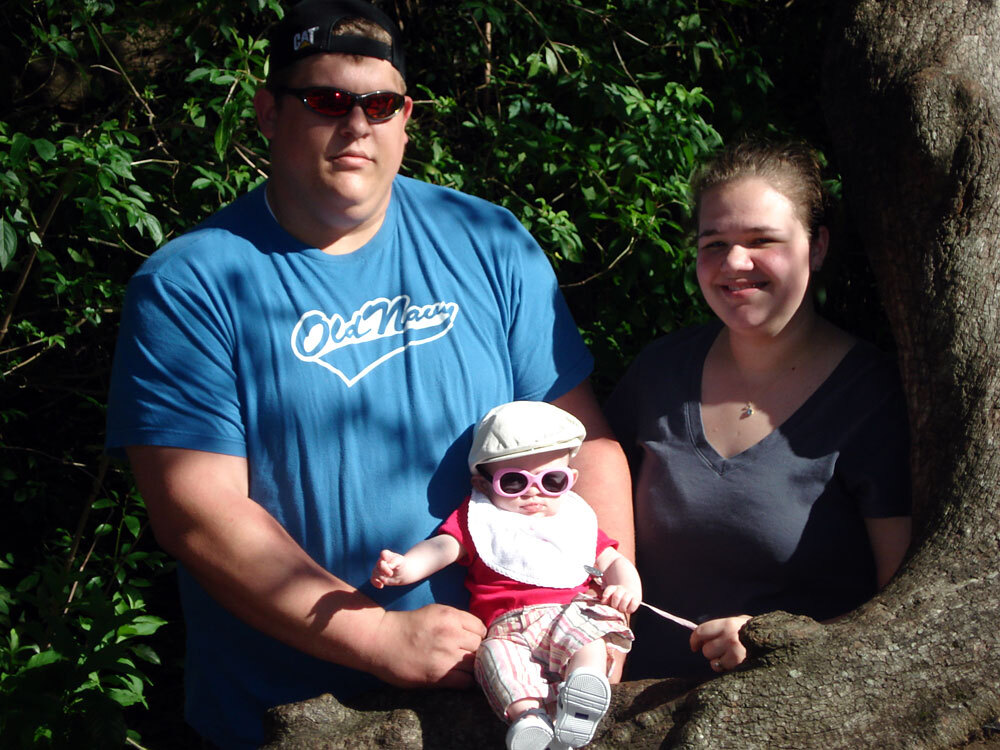 The Whitneys with their daughter, Emily, who was conceived through IVF. Last month, the couple was told that their remaining embryos, harvested at the same time as Emily's, were still missing after DNA testing.

Courtesy of the Whitney family

The Whitneys' case is just the latest high-profile case of a mix-up involving in vitro fertilization. Among the others:

1998: After she is implanted with embryos belonging to both herself and another couple, a white woman in New York, Donna Fasano, gives birth to two children, one black and one white. The other couple sought custody of their biological child and won when he was 7 months old. Fasano and her husband were denied visitation rights. Both couples sued their fertility doctor for damages and received settlements of an undisclosed amount.

2000: A California woman, Susan Buchweitz, is implanted with another couple's embryo. Buchweitz gave birth to a baby boy; when he was 10 months old, an anonymous tip prompted authorities to investigate. Eventually the doctor lost his license and paid Buchweitz $1 million in damages.

2005: A couple sues a fertility clinic for wrongful death after their embryos are accidentally destroyed, and a Chicago judge allows the charge to go forward. Speculation abounds about the move's implications for the future of IVF. In 2008, the wrongful death suit is thrown out when an Illinois appeals court rules in the fertility clinic's favor.

2009: After Carolyn Savage of Ohio is mistakenly implanted with another couple's embryo, she carries the pregnancy to term and gives the baby to the other couple. Savage and her husband have hired attorneys who are now working on a case against their fertility clinic.

It was a phone call anyone struggling to conceive a child would dread.

The hospital handling Kim Whitney's in vitro fertilization was on the line. The process was the only chance for Whitney, 26, and her husband to have a second biological child.

"My husband was working," Whitney said. "I was actually doing dishes when our phone rang."

Whitney assumed the call was to schedule the embryo transfer.

Instead, "the doctor at Ochsner called us and notified [us] that they couldn't locate our embryos," Whitney said, while letting out a loud sigh. "He just said he couldn't find them."

The embryos, the doctor told the couple, had been misplaced and couldn't be found.

One year later, Whitney says she's still in shock. They "couldn't have just walked," she said.

'Everything Went To Fertility'

Kim and her husband, Abraham, had turned to the fertility clinic at Ochsner Hospital-Elmwood because it was a highly regarded medical facility in their area of Gray, La.

The loss of their embryos came at the end of a long and expensive process.

"I am a stay-at-home mom, and my husband is a diesel mechanic," Whitney said. "We've spent roughly $15,000. It's our life savings. In the five years we've been married, everything that we've saved went to fertility."

The clinic used IVF to create embryos using Kim Whitney's eggs and her husband's sperm. Two years ago, the implantation process worked, and the couple conceived their daughter, Emily. It was during their second attempt to have a child that problems began in October 2008.

Even after the disturbing phone call, the Whitneys held out hope that DNA testing of the other embryos at the clinic might yield the location of their embryos.

But last month, they learned that even after testing, their embryos were still nowhere to be found.

The hospital has acknowledged it misplaced not just the Whitneys' embryos but those of dozens of other couples.

"We have reason to believe that the IVF center has been compromised due to what appears to be a significant labeling issue, which makes us unable to account for all of the frozen embryos in our IVF center," Patrick Quinlan, the CEO of Ochsner, said at a news conference. A representative for Ochsner confirmed that the hospital suspects dozens of couples could be affected by the mix-up.

Nationally, 50,000 children are born each year with the help of IVF. Normally, frozen embryos are bar-coded and color-coded to ensure mistakes like this don't happen. The news comes on the heels of another recent case in which an Ohio woman was mistakenly implanted with another couple's embryos.

"It's worrisome," said Sean Tipton, who represents the American Society for Reproductive Medicine. He said that looking closer into these cases may help iron out wrinkles in the system.

"We need to understand what happened in these cases," Tipton said. "And that will tell us if it looks like there is something wrong with the system we have developed."

The Whitneys fear the embryos may have been more than simply misplaced.

But Ochsner's representatives denied the possibility of wrongful implantation.

Meanwhile, the Whitneys, along with at least one other couple, have filed a class-action lawsuit against Ochsner.

As a result of this mix-up, Ochsner has announced it is shutting down its fertility clinic indefinitely and is conducting an audit.