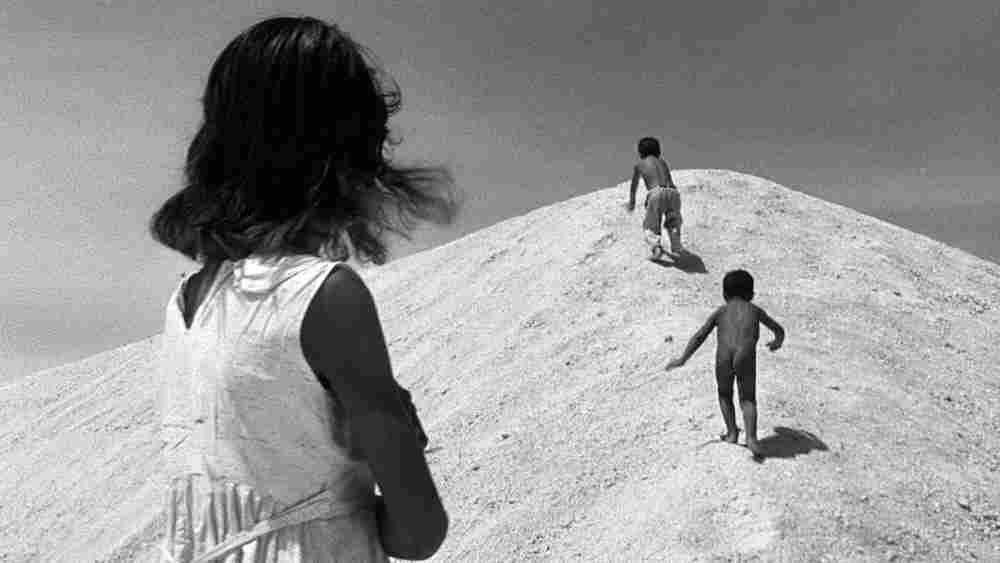 Of Transition And Tradition: On the small, barren peninsula of Araya, Venezuelan children play on salt mounds built by their fathers. Milestone Films hide caption 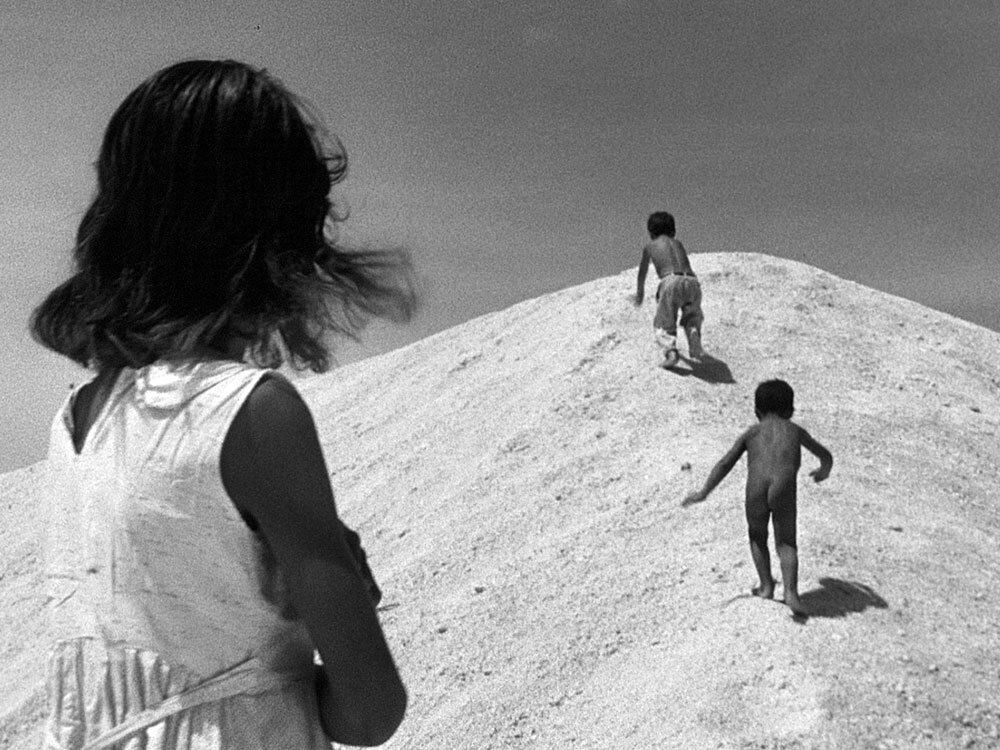 Of Transition And Tradition: On the small, barren peninsula of Araya, Venezuelan children play on salt mounds built by their fathers.

Despite the accolades it received when it debuted 50 years ago, the 1959 classic "documentary" Araya, which focuses on three families who mine for salt on the stark, treeless coast of northeast Venezuela, has always been one of those movies that was more often talked about than seen. All that may change soon, though, when a restored version of the film is released in theaters and on DVD.

Set on Venezuela's Araya Peninsula, the movie shows men shoveling salt into large baskets, which they carry on their heads to the top of a huge pile. After unloading, they return to the salt pile for more.

Though director Margot Benacerraf scripted the film, the characters are played by local salt miners who'd never acted before. She describes Araya as "more than a documentary."

"I shot the film like a fiction film," Benacerraf says. "I tried a poetic mood to explain and to involve people in that life of these people."

Working with cinematographer Giuseppe Nisoli, Benacerraf filmed scenes in highly contrasted blacks and whites to illustrate the startling relationships between the sun, the sea, the land and the characters. She says she was inspired by Sergei Eisenstein's 1931 tableau of Mexican life, Que Viva Mexico.

"I could have worked with color, but I didn't want to, because I said, 'Black and white makes images stronger,' " she says.

Benacerraf, who describes a movie's soundtrack as an adjective to the visuals, also stylized the sounds of Araya. In one scene, she mixes a number of sea and wind sounds, then runs them backward. 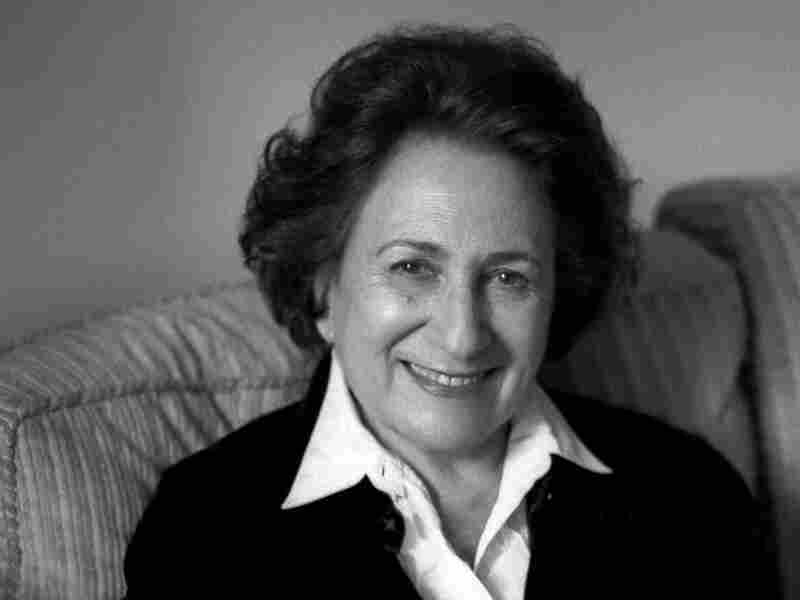 Director Margot Benacerraf has received the National Prize of Cinema and several honors from the governments of Venezuela, Chile and Italy for her work promoting Latin American cinema. Milestone Films hide caption 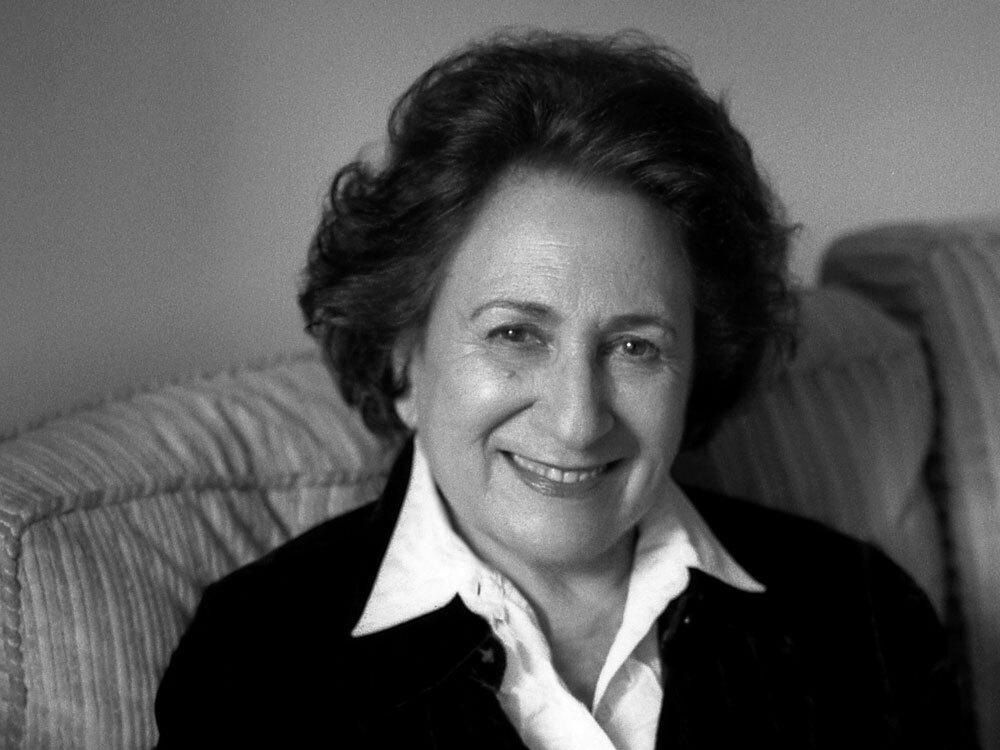 Director Margot Benacerraf has received the National Prize of Cinema and several honors from the governments of Venezuela, Chile and Italy for her work promoting Latin American cinema.

Film scholar Margarita de la Vega-Hurtado says the movie's complex blend of documentary and experimental film caught the eyes and ears of the judges at the 1959 Cannes Film Festival.

"When it came out in Cannes ... the critics recognized the film as that kind of fusion between the beautiful form and the experimenting of aesthetics — with a real search for human beings and for the social meaning of life," says de la Vega-Hurtado.

This fusion of beauty and social awareness prompted Dennis Doros of Milestone Films to take up the laborious task of restoring and distributing the film. Doros says he seeks to work with films that excite him — and Araya definitely fit that bill.

"Because I'm also the archivist ... I [sometimes] have to see a film 100 to 150 times before the end of distribution," he says. "That is a primary consideration when you're looking at a film the first time: Am I going to be able to watch it for 100 times?"

For Benacerraf, the experience of filming in Araya highlighted the abrupt transition from a medieval world to a modern world that has taken place all over Latin America. In one scene, cranes and bulldozers take over the work of the salt miners; in another, an aged woman makes pottery in an ancient way, without a potters' wheel.

Benacerraf never made another film after Araya. Instead, she went on to head a number of film and cultural organizations in Venezuela. When she returned to the peninsula of Araya years after completing her film, she says she found a ghost town. A handful of the remaining residents survived, but, she says, they were simply waiting to die.