Accessibility links
Debate Over Homebuyer Tax Credit Heats Up As part of its effort to prop up the housing market, the federal government is offering an $8,000 tax credit to first-time buyers. Nationwide, pending home sales have been on the rise for seven months in a row. But the offer is set to expire at the end of November. 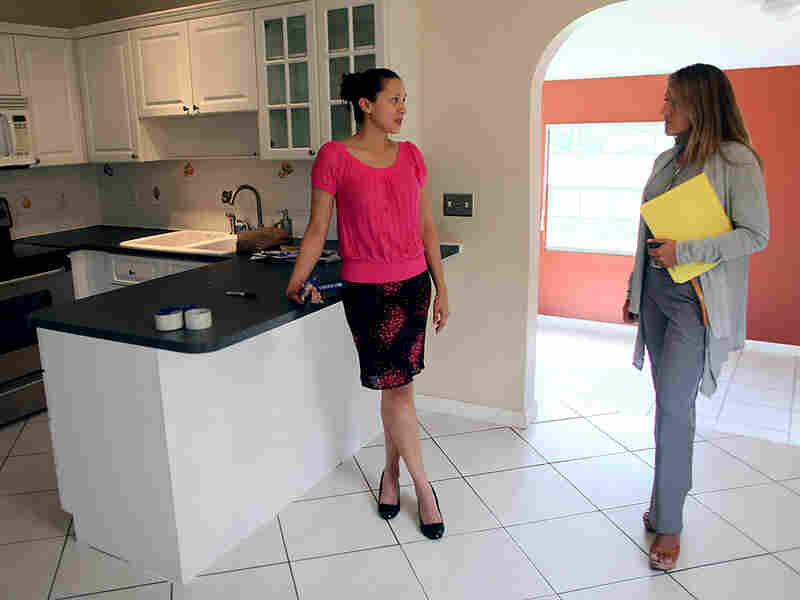 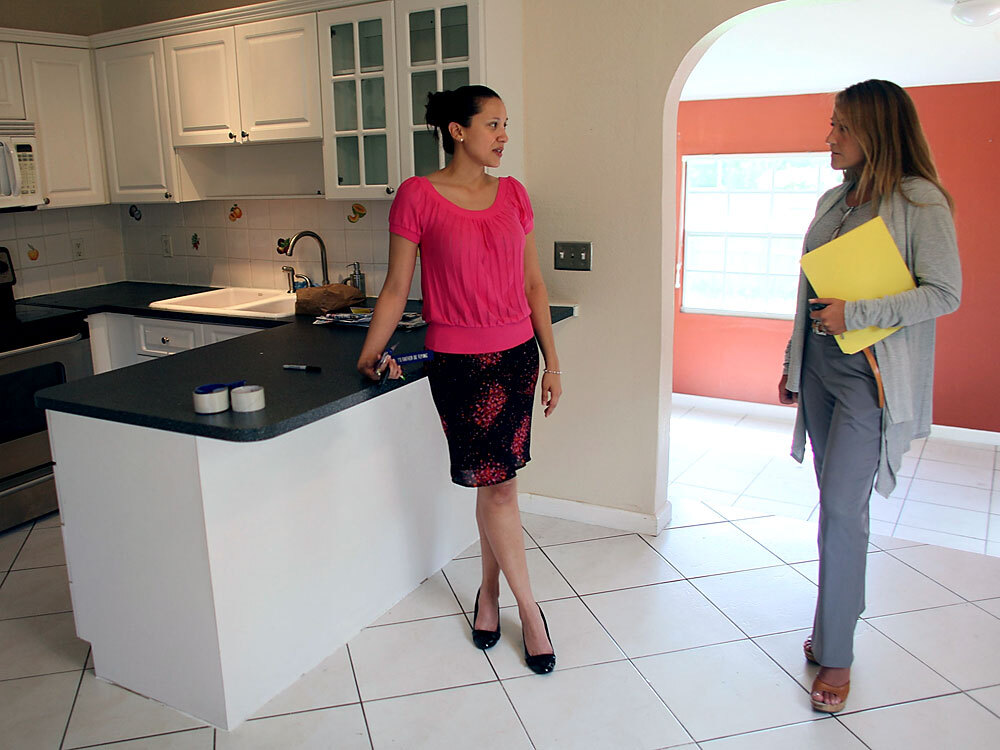 If you're thinking of buying your first home, there are 8,000 good reasons to do it now.

As part of its effort to prop up the housing market, the federal government is offering an $8,000 tax credit to first-time buyers. But the offer is set to expire at the end of November.

"All the first-time homebuyers that have been procrastinating basically have to have their home under contract in the next 10 days to make sure they can close by the end of November," says Atlanta real estate agent Kerry Lucasse. "It's been a complete frenzy."

Lucasse figures she spent about 20 hours in her car this past weekend, shuttling eager buyers from one house to the next. Then she dropped by a house she'd just put on the market.

"I literally put the sign in the ground, and a realtor and their buyers came up. And I think we had an offer in four hours," she says.

September was the busiest month Lucasse's office has had in seven years. Nationwide, pending home sales have been on the rise for seven months in a row, according to the National Association of Realtors. But just as auto sales dropped sharply once the government's Cash for Clunkers program ended, real estate pros are bracing for a letdown if the tax credit is allowed to sunset.

"I've heard a few other agents kind of chuckle and say, 'It's going to be a cold, dark winter,' " Lucasse says.

But not if lawmakers like Sen. Johnny Isakson (R-GA) can help it. Isakson — a former real estate executive himself — wants to extend the tax credit, increase its size and make it more widely available. The National Association of Realtors is backing that idea.

Doubts About The Credit

But some people think the tax credit is a dud.

"Four out of 5 of the buyers were given $8,000 for doing something they were going to do anyway," says Andrew Jakabovics, associate director of housing and economics at the Center for American Progress, a Washington think tank closely aligned with the Obama administration. "While there are stimulative effects, it's a very costly credit."

Asked this week about the president's position on extending the tax credit, White House spokesman Robert Gibbs was noncommittal. Jakabovics believes the government should continue to prop up the housing market, but thinks it could do so in a more targeted way.

"That money could theoretically go towards foreclosure prevention and other housing market interventions that would be more effective," he says.

Even some real estate agents have doubts about just how long the government can keep giving handouts to every first-time homebuyer.

"Personally, I would love to have it extended," says Lucasse. "But I can't even imagine what the bill is at this point for the government."