Accessibility links
GOP Fails To Oust Rangel Over Ethics Flap House Democrats have thwarted a GOP attempt to remove New York Rep. Charles Rangel as head of the powerful Ways and Means Committee. Rangel is under a House inquiry for not disclosing all of his personal assets and income. The question is how Rangel's ethics woes shake out politically. 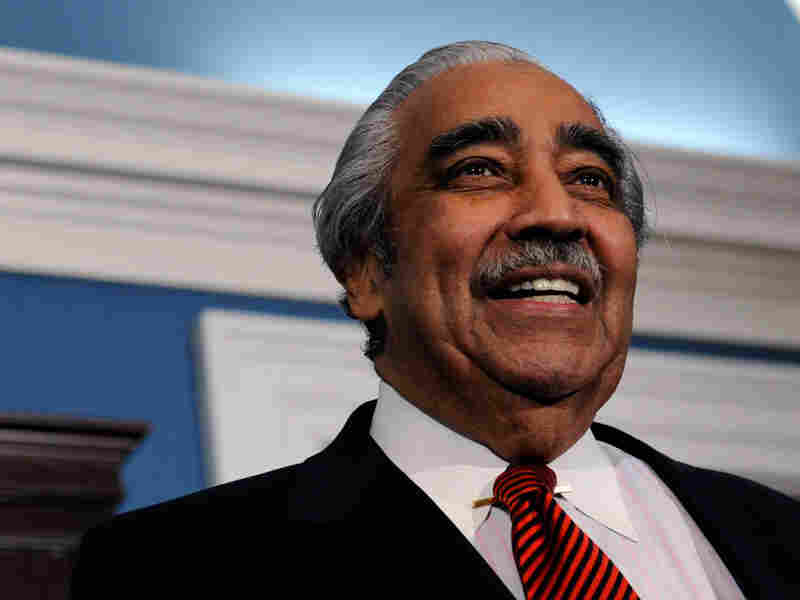 Rep. Charles Rangel is under investigation by the House ethics panel for not disclosing all of his personal assets and income. Susan Walsh/AP hide caption 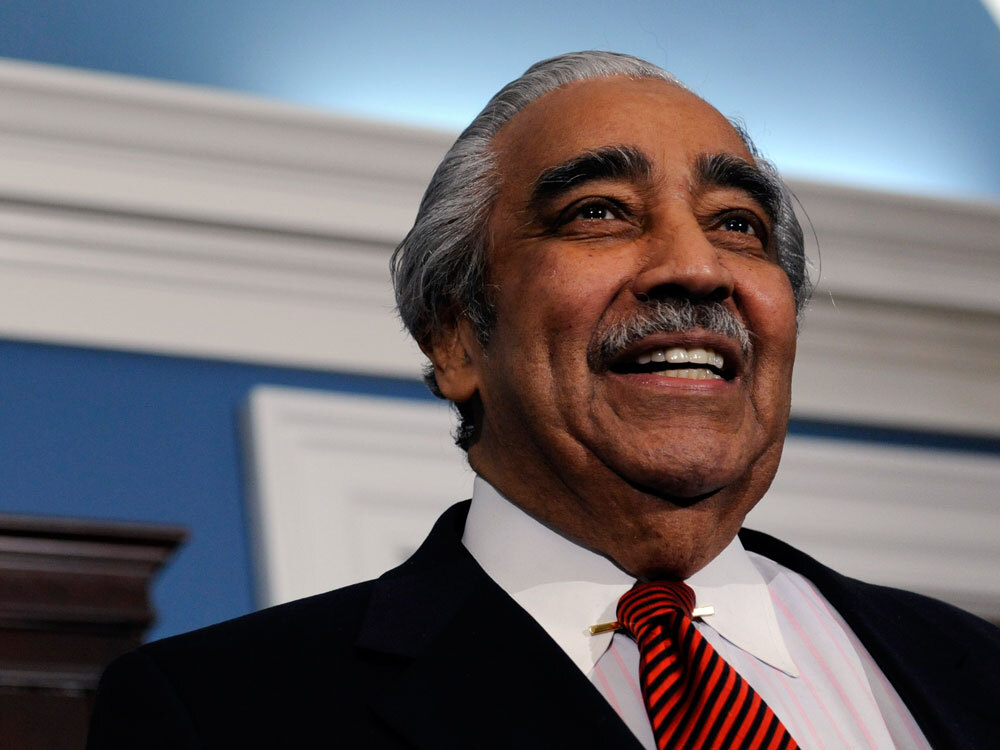 Rep. Charles Rangel is under investigation by the House ethics panel for not disclosing all of his personal assets and income.

Charles Rangel, a powerful Democratic congressman under scrutiny for ethics violations, came into the spotlight again on Wednesday, as Republicans tried to force him to step down from his committee chairmanship.

The New York lawmaker is under investigation by the House ethics panel and has already conceded that he did not pay taxes on thousands of dollars in rental income.

Rep. John Carter (R-TX) led the effort to strip Rangel of his post. Speaking on the House floor, Carter detailed pages of allegations against Rangel: that Rangel hadn't disclosed a checking account and an investment account he holds, each worth at least a quarter of a million dollars; that he has benefited from special mortgage terms that amount to a gift; that he failed to disclose gifts on his personal disclosure statement and thus violated a House rule banning gifts of more than $100.

Carter talked about an undeclared vacation home that Rangel owns in the Dominican Republic, and his questionable use of a rent-controlled apartment in New York City as a campaign office. Carter read bits and pieces of newspaper reports and editorials condemning Rangel. And Carter went on for more than 13 minutes before he came to the end of his resolution.

Rangel has been dogged by ethics probes and tax controversies for more than a year. The House is investigating Rangel's alleged ethical violations. Here, a look at the issues the panel is investigating.

Democrats quickly moved to send the GOP resolution on Rangel back to the House ethics committee. But since that panel is already investigating allegations against Rangel, the 246-153 vote effectively rendered the resolution meaningless. Nineteen members voted present.

It was Rangel himself who asked the ethics panel to thoroughly investigate his financial disclosures and his actions. He says all of his mistakes were unintentional.

So, the effect of Wednesday's vote? Pretty much nil, in terms of procedure. The question is how it shakes out politically.

This is the second time this year that Republicans have tried to force Rangel out of his post. They say Democrats aren't living up to their many campaign promises to clean up Congress. And last fall, the National Republican Campaign Committee tried to use Rangel as a political liability for Democrats in moderate districts, like that of Wisconsin Democratic Rep. Steve Kagen.

And though that strategy didn't work last year — Kagen kept his seat — the allegations against Rangel have only gotten more serious and more complicated since then.

Rep. Charles B. Rangel has been dogged by ethics probes and tax controversies for more than a year. The House is investigating Rangel's alleged ethical violations. Among the items it is looking at:

Violating Gift Rules: Rangel and four other Democrats took trips to the Caribbean that were funded by the Carib News Foundation.

An early version of the audio for this story incorrectly identiifed Rep. Steny Hoyer of Maryland. He is the House majority leader.