Accessibility links
A Fresh Strategy For Obama And The Dalai Lama Though the Dalai Lama is currently in Washington, President Obama has decided not to meet with the human rights activist until after November meetings with Chinese leader Hu Jintao. Commentator Emily Schwartz argues this isn't a lapse in judgment — it's strategy.

A Fresh Strategy For Obama And The Dalai Lama

A Fresh Strategy For Obama And The Dalai Lama 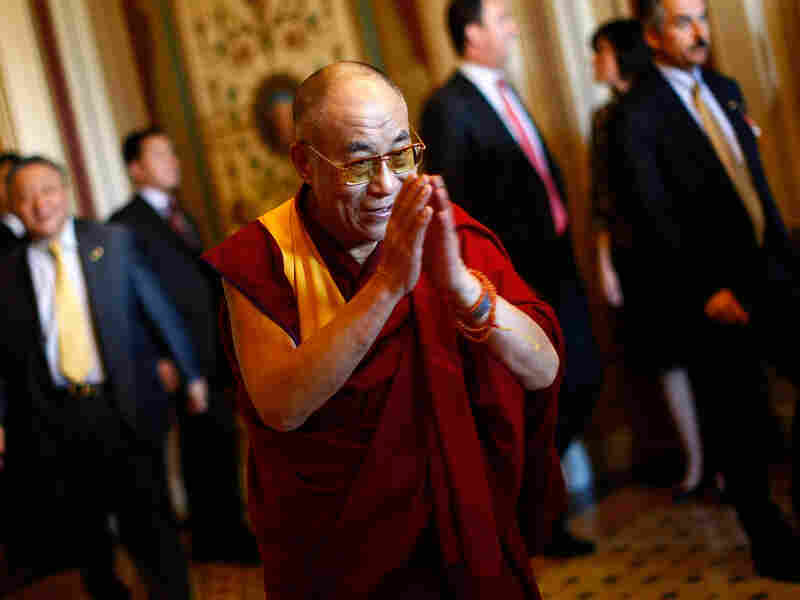 The Dalai Lama arrives for a meeting with the Senate Foreign Relations Committee at the U.S. Capitol on Wednesday. Win McNamee/Getty Images hide caption 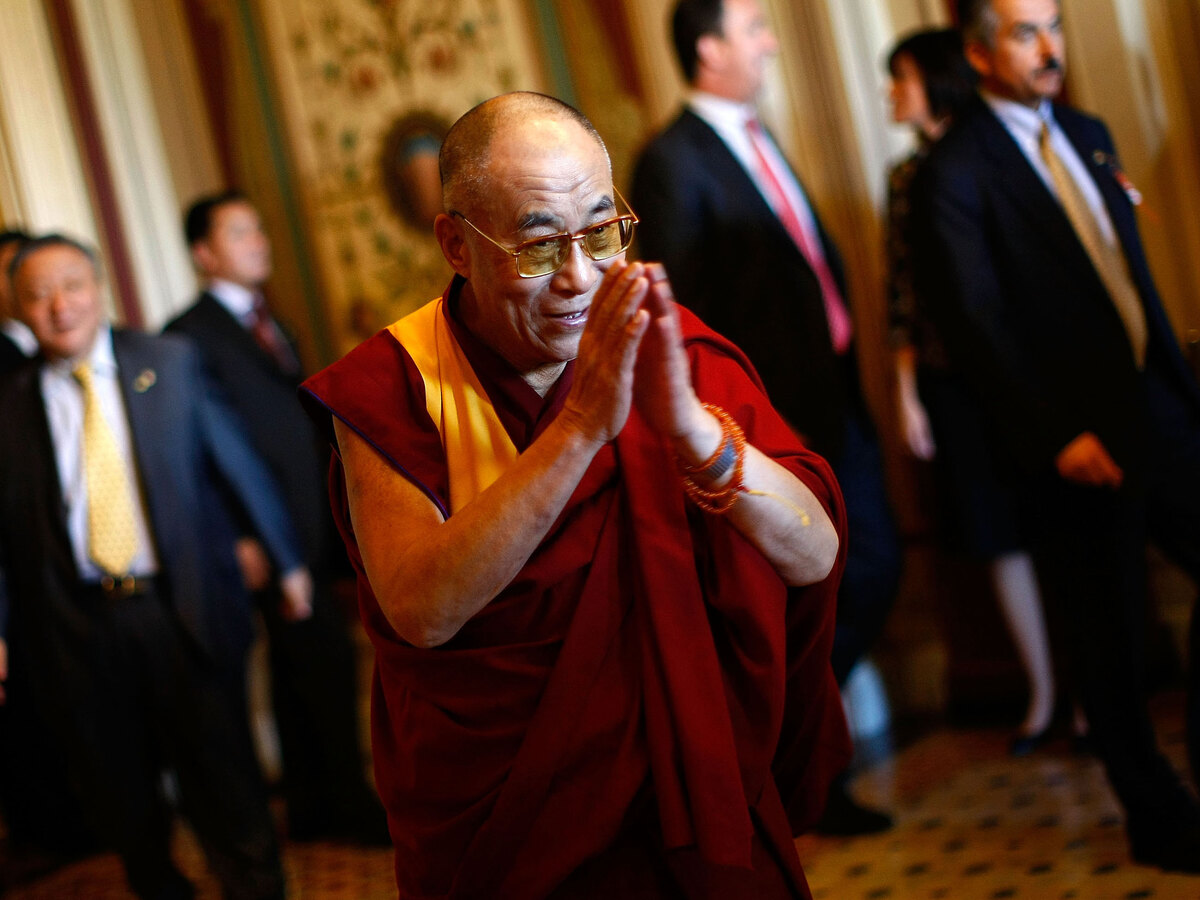 The Dalai Lama arrives for a meeting with the Senate Foreign Relations Committee at the U.S. Capitol on Wednesday.

For another opinion on this, be sure to read Amitav Achurya's piece here.

The Dalai Lama is in Washington this week, and between receiving prestigious human rights awards, speaking with students at American University, and various engagements with scientists, educators and congressional leaders, there is one notable figure missing from his agenda: President Obama.

As the first U.S. president in nearly two decades not meeting with the Tibetan leader, Obama is feeling some heat — not only from human rights activists and organizations, but also from Capitol Hill. As the Washington Post noted, Virginia Rep. Frank Wolf is pressing him particularly hard to reconsider his decision and not "kowtow to the Chinese government, a government that brutally oppresses its own people."

Wolf's point is a valid one. Obama has agreed to meet with the Dalai Lama only after meeting with Chinese leader Hu Jintao in November, despite numerous other meetings between the leaders throughout the year. The Dalai Lama is in Washington, D.C., now. To postpone meeting with him seems odd — suspicious, even, to some.

If Obama is able to ... better understand the logic of China's policy decisions, he puts himself in a better position to help China and Tibet work through their discrepancies.

But I disagree. Odd as it may come across, appearances can be deceiving. Since 1991, presidential meetings with his holiness have advocated for peace and justice in the oppressed Tibet but have actively resolved little. China still refuses to recognize Tibet's independence, and Tibet's prime minister has been forced to live in exile in India. This is what two decades of publicity meetings has accomplished?

By choosing to develop and strengthen a relationship with China, Obama is far from appeasing them — he is trying to learn, bargain and negotiate with the communist country. The public is not privy to what goes on behind closed doors; if Obama is able to first get through to Hu and better understand the logic of China's policy decisions, he puts himself in a better position to help China and Tibet work through their discrepancies and ease into positive change. Meeting with Hu should not be interpreted as a bad thing — it should be read as an opportunity to define goals and further push a human rights agenda. Without extensively pushing these issues, no significant progress can occur.

The White House has issued a statement describing this postponement with the Dalai Lama as "mutual". Both Obama and the Dalai Lama get it — they understand that doing what is best for the Tibetan people sometimes involves hard decisions and, often, involves patience and diplomacy. Unquestionably, both want human rights to prevail and are doing all they can to prove diplomacy can work.

Until then, the world will be watching.

Emily K. Schwartz is a contributor to NPR.