Accessibility links
Obama Seeks Middle Ground On Afghanistan It's now looking unlikely that President Obama will back the major troop increase that his top commander in Afghanistan is calling for. What Obama appears to be steering toward is middle ground: a troop increase, but perhaps not all 40,000, something more in the range of 10,000 or 20,000 new troops. 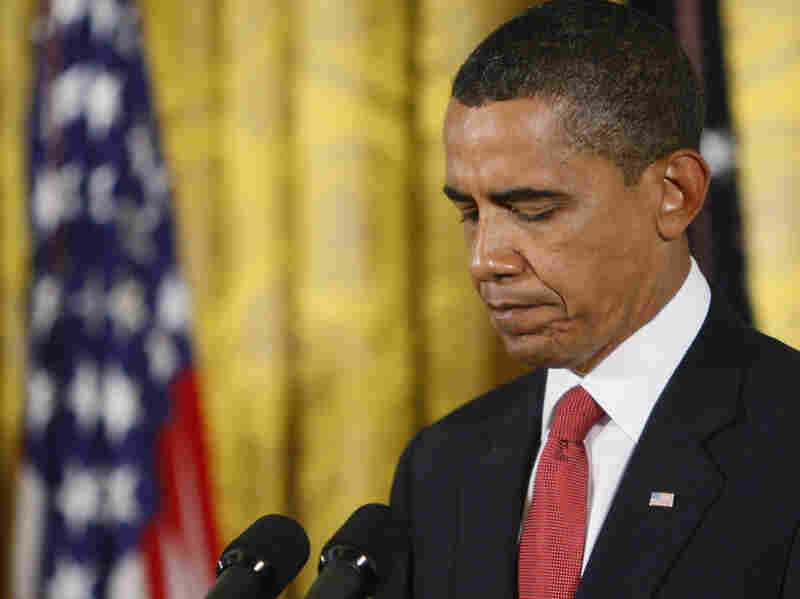 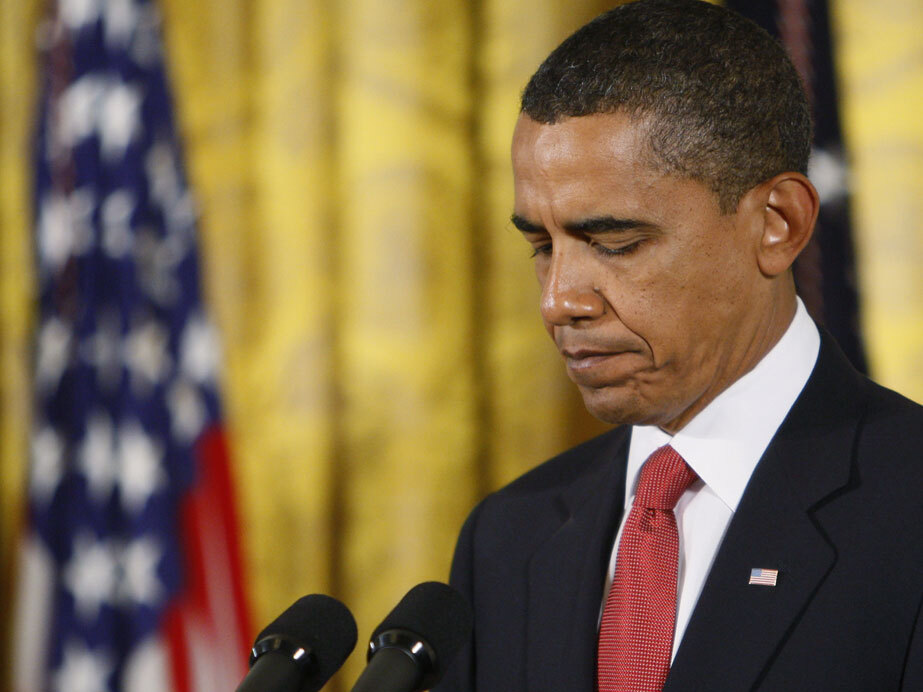 Intense debate is under way in Washington about what direction the U.S. should take in the war in Afghanistan. But it's now looking unlikely that President Obama will back the major troop increase that his top commander in Afghanistan is calling for.

Signs that Obama is narrowing down his options started emerging early this week. On Monday, White House spokesman Robert Gibbs told reporters that pulling out of Afghanistan was off the table.

"I don't think we have the option to leave. I think that's quite clear," Gibbs said.

On the other end of the spectrum, administration sources say the president is leaning against a dramatic escalation in the U.S. commitment. Gen. Stanley McChrystal, the Obama administration's handpicked commander for the war, has submitted a request calling for up to 40,000 additional troops.

But Gibbs said Thursday Obama had not discussed the resource request with his team yet.

"Obviously a decision at some point will be forthcoming," he said.

As for the overall strategy, the Obama administration is apparently considering narrowing the mission in Afghanistan, focusing more tightly on al-Qaida and downgrading the emphasis on the Taliban.

These two ideas work in tandem: If the mission is redefined and narrowed, fewer troops and other resources are needed to get the job done. It's a move that could look like smart politics — or it could look like a compromise that tries too hard to please everyone.

Dangers Of Half Measures

Bruce Riedel, a senior fellow in the Saban Center for Middle East Policy at the Brookings Institution, says there are ways to do middle ground that "make sense," and ways to approach it that end up being "just half measures."

Riedel led the president's strategy review on Afghanistan and Pakistan in the spring. He argues that for years, the U.S. tried to wage the war in Afghanistan on the cheap. Now, he says there is a danger to not going all in and giving military commanders the resources they say they need to win.

"Halfway measures, which may be politically more sellable, may only postpone the inevitable hard decisions and make them harder to do when you get there," he says.

That point is echoed in McChrystal's own assessment of the war.

Of course, if Obama ends up redefining the mission, to one that needs fewer resources, it may mitigate some of the military's concerns.

A Sense Of Urgency

Going with a low- or midlevel option on troops now doesn't rule out adding more forces down the road, says Mark Moyar, a counterinsurgency expert at the Marine Corps University. But, Moyar says, that is less than ideal, from McChrystal's point of view.

"The thing is it takes quite a while to actually get these people over there once they're approved, so I think he does really see a sense of urgency to get it done now," Moyar says.

There is also a sense of urgency about the announcement of a new strategy.

Defense Secretary Robert Gates has said this will be among the most important decisions Obama will make as president, and he needs to take the time to get it right. But, Riedel says, Obama must be careful.

"There's a delicate line between rethinking and dithering, and that's the line that I think the president needs, above all, to avoid," he says.

Another way of looking at it: In his assessment of the war, McChrystal said he saw a 12-month window, after which it might no longer be possible to defeat the insurgency. That report was dated Aug. 30.