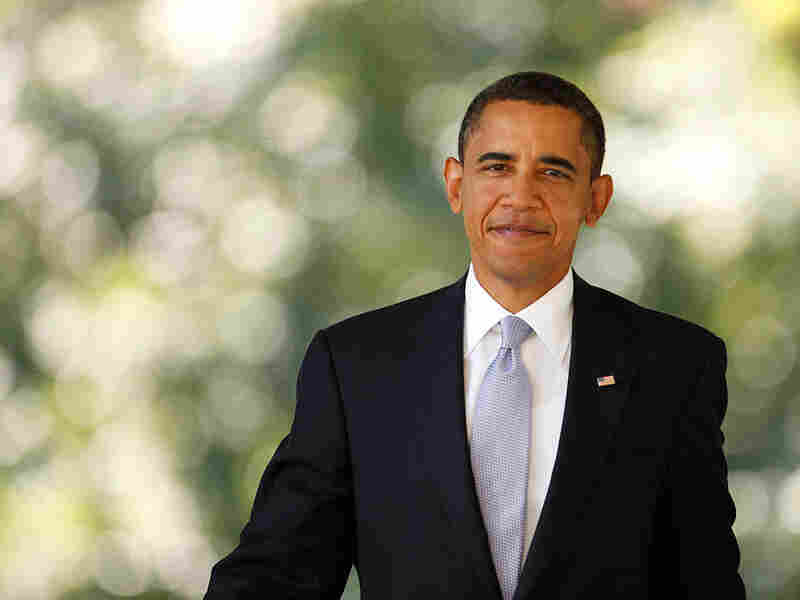 President Obama made his way from the Oval Office to the Rose Garden to deliver remarks on health care overhaul Monday in Washington, D.C. Gerald Herbert/AP hide caption 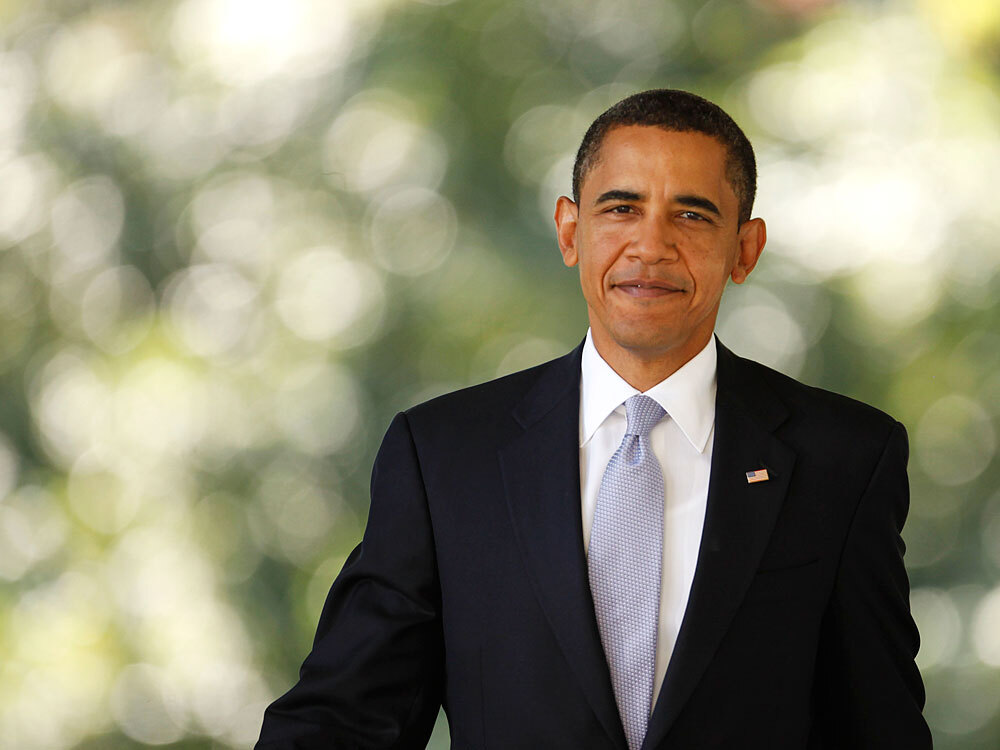 President Obama made his way from the Oval Office to the Rose Garden to deliver remarks on health care overhaul Monday in Washington, D.C.

President Obama was "surprised and deeply humbled" to be selected for the Nobel Peace Prize, he said Friday, promising to accept the honor as a "call to action" to meet the challenges ahead in his presidency.

"I do not feel that I deserve to be in the company of so many transformative figures that have been honored by this prize," Obama said, later adding, "This award must be shared with everyone who strives for justice and dignity."

White House spokesman Robert Gibbs said Obama will donate the $1.4 million cash award that comes with the prize to charity. He said it was likely more than one charity would share the award, but Obama had not yet decided whom to give it to yet.

Obama becomes the third sitting president — and the first since Woodrow Wilson in 1919 — to win the prize. Theodore Roosevelt won the award in 1906. Former President Jimmy Carter won in 2002, and former Vice President Al Gore won in 2007.

He won the prize "for his extraordinary efforts to strengthen international diplomacy and cooperation between peoples," the Norwegian Nobel Committee announced, saying it had "attached special importance to Obama's vision of and work for a world without nuclear weapons."

2009: President Barack Obama for efforts "to strengthen international diplomacy and cooperation between peoples."

2007: Former Vice President Al Gore, shared with the intergovernmental Panel on Climate Change, for work "to build up and disseminate greater knowledge about man-made climate change."

2002: Former President Jimmy Carter, for his work "to find peaceful solutions to international conflicts, to advance democracy and human rights, and to promote economic and social development."

1925: Vice President Charles Gates Dawes, for his work as chairman of a League of Nations panel that made recommendations on German reparations after World War I. He shared the prize with British Foreign Secretary Austen Chamberlain, honored for efforts to promote Franco-German reconciliation.

1919: President Woodrow Wilson, for founding the League of Nations.

"Only very rarely has a person to the same extent as Obama captured the world's attention and given its people hope for a better future," Thorbjoern Jagland, chairman of the Nobel Committee, said. "In the past year Obama has been a key person for important initiatives in the U.N. for nuclear disarmament and to set a completely new agenda for the Muslim world and East-West relations."

"This is not how I expected to wake up this morning," Obama said.

He added that the committee endorsed his appeal that "now is the time for all of us to take our share of responsibility for a global response to global challenges."

The Nobel Committee received a record 205 nominations for this year's prize. It was not immediately known who nominated Obama.

"The exciting and important thing about this prize is that it's given to someone ... who has the power to contribute to peace," Norwegian Prime Minister Jens Stoltenberg said.

"What has President Obama actually accomplished?" he said. "It is unfortunate that the president's star power has outshined tireless advocates who have made real achievements working towards peace and human rights."

Wilson and Roosevelt had "significant accomplishments in office when they won the prize," presidential historian Robert Dallek told NPR's Morning Edition. He noted that Roosevelt had mediated the end of the Russo-Japanese War in 1905, while Wilson was instrumental in the establishment of the League of Nations after World War I.

The action also "clearly is a kind of poke in the eye to the George W. Bush administration, because what it is saying is America is back on the scene after eight years of Bush, back on the scene as a nation that is on the forefront of promoting world peace," Dallek said.

The Nobel Committee's action also "clearly is a kind of poke in the eye to the George W. Bush administration, because what it is saying is America is back on the scene after eight years of Bush, back on the scene as a nation that is on the forefront of promoting world peace," Dallek said.

"In this case, the prize will add, or increase, his moral authority," political activist and Holocaust survivor Elie Wiesel said of Obama. Wiesel won the Nobel Peace Prize in 1986.

"I confess to surprise" at the news, Wiesel told NPR. He joked that he would now have to refer to Obama as "my fellow Nobel laureate."

"The Nobel Prize committee has its own rules and they may decide anything they want. They may decide that encouragement is part of the experiment," Wiesel said, noting Obama's short tenure as president.

In his 1895 will, Alfred Nobel stipulated that the peace prize should go "to the person who shall have done the most or the best work for fraternity between the nations and the abolition or reduction of standing armies and the formation and spreading of peace congresses."

Unlike the other Nobel Prizes, which are awarded by Swedish institutions, he said the peace prize should be given out by a five-member committee elected by the Norwegian Parliament. Sweden and Norway were united under the same crown at the time of Nobel's death.

The committee has taken a wide interpretation of Nobel's guidelines, expanding the prize beyond peace mediation to include efforts to combat poverty, disease and climate change.

The award comes at a sensitive time for the administration. Obama is meeting Friday with his top advisers on the Afghan war to consider a request by Gen. Stanley McChrystal, the U.S. commander in Afghanistan, to send as many as 40,000 more troops to Afghanistan as the U.S war there enters its ninth year.

The president ordered 21,000 additional troops to Afghanistan earlier this year and has continued the use of unmanned drones for attacks on militants in Afghanistan and Pakistan, a strategy devised by the Bush administration. The attacks often kill or injure civilians living in the area.