Accessibility links
Canadian Provinces Sue Tobacco Companies The lawsuits are the latest in an effort by the Canadian government to reduce smoking and recover some of the health care costs associated with tobacco use. 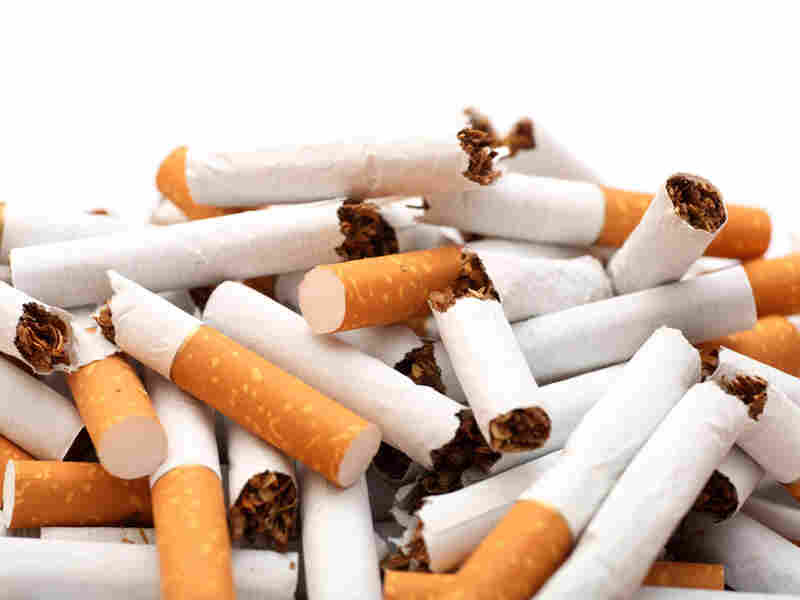 Ontario's attorney general says the province needs the money to pay for smoking-related health costs, which he estimates at $1.6 billion a year. iStockphoto.com hide caption 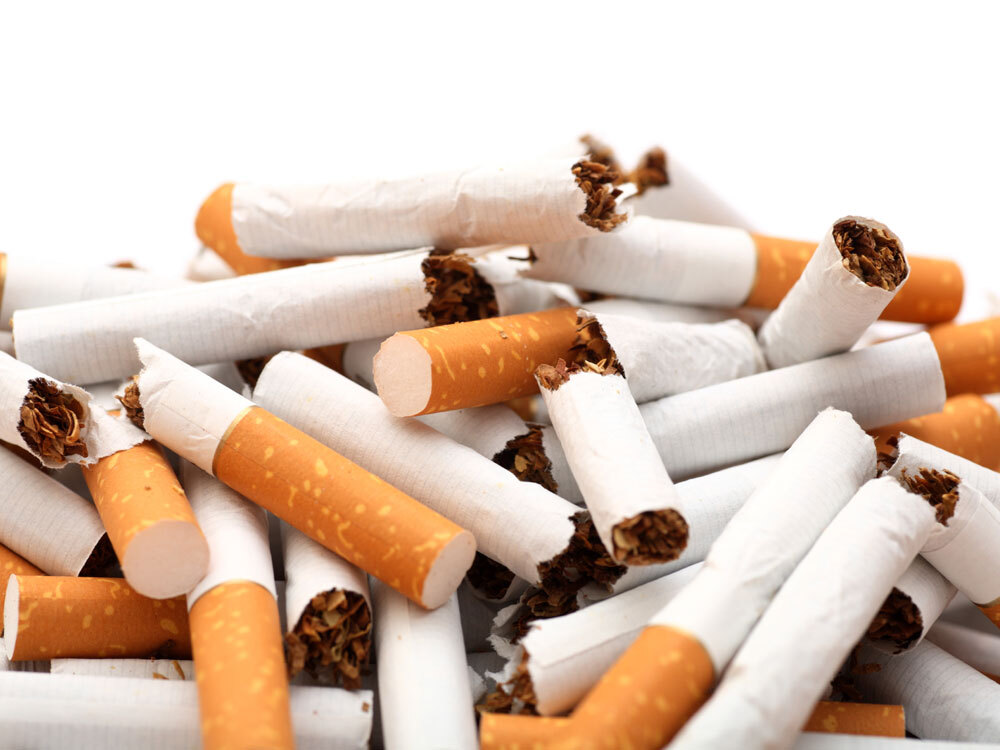 Ontario's attorney general says the province needs the money to pay for smoking-related health costs, which he estimates at $1.6 billion a year.

Ontario and Quebec — Canada's two largest provinces — have announced that they are suing tobacco companies for a total of $80 billion.

The lawsuits are the latest in an effort by the Canadian government to reduce smoking and recover some of the health care costs associated with smoking.

Customers can buy cigarettes at Wally's Smoke Shop in Toronto's West End, but you wouldn't know it when you walk through the door, because the cigarettes are behind the counter. A law passed last spring means store manager Susan Pak has to keep them hidden behind a bank of white metal doors.

The government's idea is that if people don't see cigarettes, they won't be tempted to buy them. According to Pak, that policy has helped her sales drop by as much as 10 percent.

The out-of-sight, out-of-mind policy is just one of the things that make Ontario a tough place to buy and sell cigarettes. Over the past few years, the province has put strict limits on advertising, legislated graphic warning labels on cigarette packages and outlawed smoking everywhere except on the street or at home.

Last week, Ontario Attorney General Chris Bentley announced that the government is suing tobacco makers for $50 billion. He pointed to several issues that are in question, including, "What did the tobacco companies know? When did they know it? And what did they tell the people of Ontario about the addictiveness and related effects of tobacco use?"

The Ontario lawsuit draws heavily on secret tobacco company documents released in 1998, when the U.S. government won a $200 billion settlement to recover health care costs. Ontario officials claim that tobacco companies have known since at least 1950 that smoking is addictive and causes disease, and that those facts were deliberately kept secret.

Bentley says the province needs the money to pay for smoking-related health costs, which he estimates at $1.6 billion a year. Anti-tobacco campaigners hope the lawsuit will yield even bigger results.

"It will show the industry not to be in the bounds of normal business behavior," says Michael Perley, director of the Ontario Campaign for Action on Tobacco. "There's no other industry that produces products that have no safe level of use at all, that kill half their long-term users, all with the manufacturer's full knowledge. So the revelation of that information then creates a huge climate for further regulation of the industry."

Canadian tobacco manufacturers have not answered the allegations in the lawsuit, but say the government is being hypocritical. Eric Gagnon, a spokesperson for Imperial Tobacco, said Ontario already collects around a billion dollars every year by taxing cigarettes.

Some smokers say they think Gagnon has a point.

Carol Bragagnolo huddles in the rain outside her office in downtown Toronto, taking a furtive mid-day smoke break.

"I just ran the treadmill this morning," she says. "If my trainer knew I was doing this."

Bragagnolo says she started smoking at 19 and doesn't think the tobacco companies are to blame.

"I think that smoking starts with the individual," she explains. "My father smoked inside the house, and so I've been growing up with secondhand smoke every day of my life, and I know I'm doing it to myself."

British Columbia and New Brunswick are also planning to sue, and all but one of Canada's 10 provinces has passed legislation that would allow them to join in the lawsuit. With the tobacco companies gearing up to fight, it will likely be years before the cases are resolved.