Accessibility links
Woman Reads Dan Brown Novel, Discovers Herself Marilyn Schlitz, the president of the Institute of Noetic Sciences in California, woke up one morning and realized she was the heroine in Dan Brown's new novel, The Lost Symbol. Since Brown's book was released, traffic to her institute's Web site increased twelvefold, and new members continue to sign up. 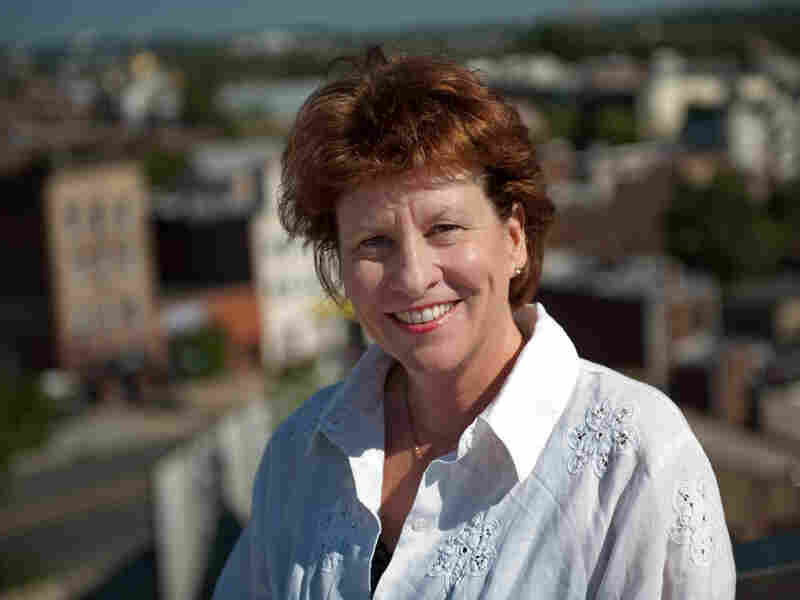 Marilyn Schlitz, the president of the Institute of Noetic Sciences in California, woke up one morning and realized she's the main character in Dan Brown's new novel, The Lost Symbol. Ryan Gibbons/NPR hide caption 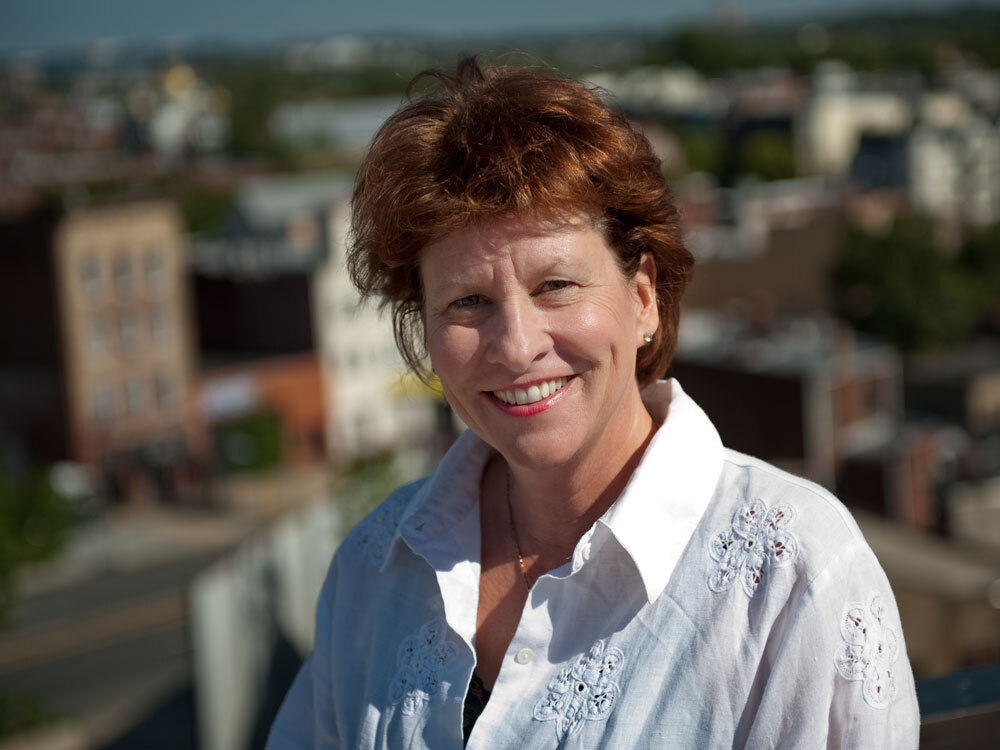 Marilyn Schlitz, the president of the Institute of Noetic Sciences in California, woke up one morning and realized she's the main character in Dan Brown's new novel, The Lost Symbol.

"Waking up one morning to find yourself a fictional character in a best-selling novel has taken a little adjusting to," she says, laughing.

The day before The Lost Symbol arrived in bookstores, Schlitz began to notice some unusual traffic on Twitter. Rumor had it that the heroine in the book was a woman at the Institute of Noetic Sciences — a real institute in California that conducts research on things like consciousness and healing. Schlitz is president of the institute. She bought the book the next day and read into the wee hours.

"As I'm reading along and hearing the descriptions of the types of research that she's doing and the types of data that she's using to support her case, my husband would be falling asleep, and I'd be jabbing him and saying, 'Listen to this!' It was really very surprising and delightful at the same time," she says.

Surprising, because Dan Brown never contacted the institute, yet he seemed to know all about their research, even the fact that they had built a 2,000-pound electromagnetically shielded laboratory that Brown calls "the Cube." Then on the day of publication — contact.

"Dan Brown sent a very sweet e-mail saying, 'As you know, I'm a big fan of the Institute of Noetic Sciences. I had hoped to give you a heads-up,' " Schlitz says. "But because of the security around the book, he wasn't able to. But he was hoping we were enjoying the attention."

They are indeed. Traffic to their Web site has increased twelvefold. New members are joining up, and journalists from places like Dateline NBC — not to mention NPR — are calling for interviews.

And at the center of The Lost Symbol is Katherine Solomon, who helps Brown's returning hero, Harvard professor Robert Langdon, solve the mysteries of Freemasonry gone wrong. This being a thriller, there's a hint of romantic tension. Here's how Brown describes Katherine:

"Katherine Solomon had been blessed with the resilient Mediterranean skin of her ancestry, and even at 50 years old she had a smooth olive complexion. She used almost no makeup and wore her thick black hair unstyled and down.... she had gray eyes and a slender, patrician elegance."

"Short of long black hair and olive skin and a wealthy family," Schlitz says, "there were a lot of similarities in terms of the research. Maybe not so much my looks."

Schlitz has short, reddish hair and fair skin. But there are several similarities. Like Katherine, Schlitz's father and brother were 32nd degree Masons and members of the Scottish Rite. Both women started their careers at 19, studied distant intention, prayer and healing, and both believe ancient wisdom traditions predicted discoveries in modern science.

Schlitz says she can identify 10 experiments by her institute in The Lost Symbol. But she says there's a lot of science fiction in the book. We won't spoil the plot, but there's a death and resurrection — that's an experiment that's never been done. Then there's this passage:

Katherine's work here had begun using modern science to answer ancient philosophical questions. Does anyone hear our prayers? Is there life after death? Do humans have souls? Incredibly, Katherine had answered all of these questions, and more. Scientifically. Conclusively." (p. 208)

And thanks to The Lost Symbol, there's probably going to be a lot more interest — and money — to research those questions.