Accessibility links
Ho Ho No: Retailers Open Christmas Season Early This weekend, store shelves are piled high with Halloween costumes, plastic pumpkins and candy-corn treats. But right next to the goblins, you're likely to find Santa, too. That's because store managers are trying to get a head start on the holiday shopping season. 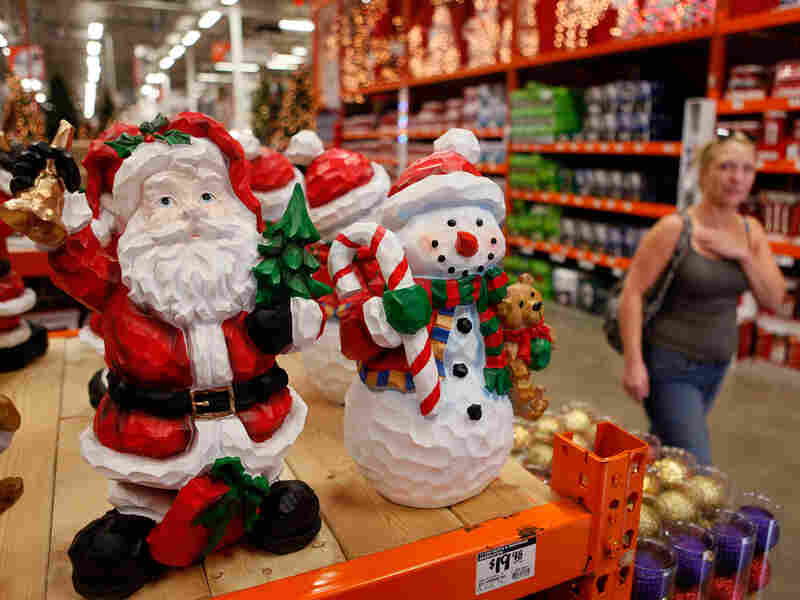 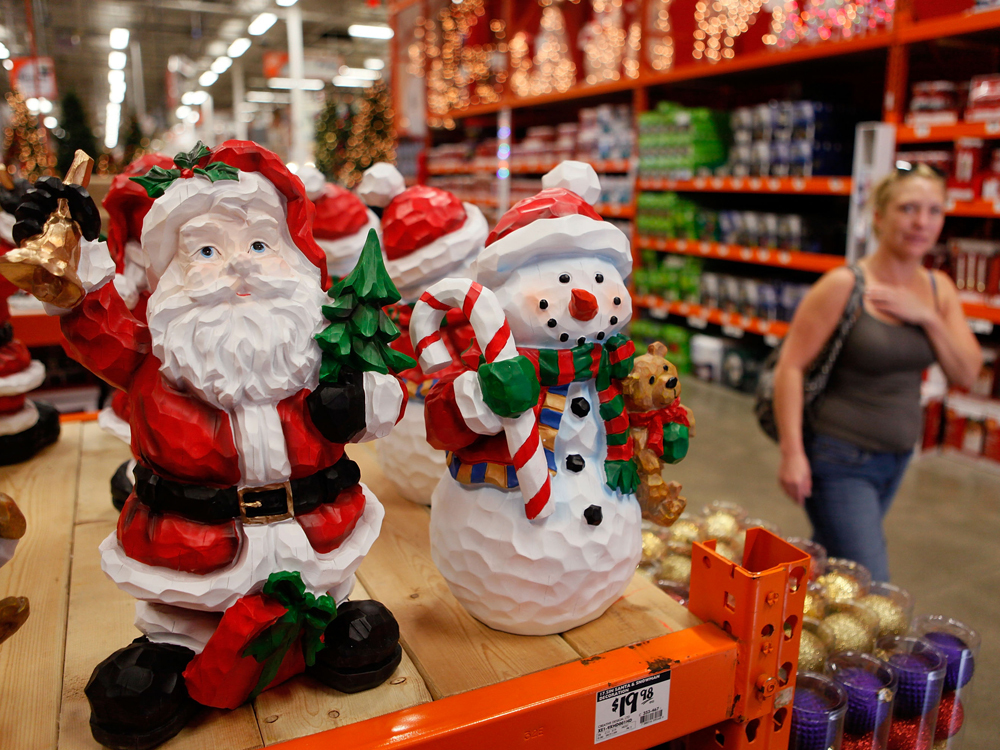 Christmas has come early to this Home Depot store in Niles, Ill.

This weekend, store shelves are piled high with Halloween costumes, plastic pumpkins and candy-corn treats. But right next to the goblins, you're likely to find Santa, too.

That's because store managers are trying to get a head start on the holiday shopping season. Analysts say the rush is a response to three big problems.

For one, unemployment is expected to be hovering around 10 percent by December, up from about 7 percent last holiday season.

For another, incomes are squeezed. Even people who have jobs are working shorter hours than last year, so paychecks are pinched.

And finally, the ongoing credit crunch is making it harder for shoppers to make purchases on credit.

Retailers are trying several strategies to overcome these hurdles. The most common approach is simply to cut prices. Nintendo, the game manufacturer, already has cut $50 from the price of its Wii console to boost holiday sales.

Walmart has begun promoting a long list of popular toys for only $10, such as Transformer action figures and a Barbie doll.

Another strategy involves the return of layaway plans. Kmart, Burlington Coat Factory and other retailers are promoting such plans, which allow shoppers to pay off their purchases in installments over many weeks.

With a layaway purchase, the store holds the customer's merchandise until the final payment is made. By the time December arrives, the gifts are paid off, and the shopper doesn't have to worry about facing a huge credit card bill in January.

To make a layaway promotion work well, shoppers need to make their selections in October and November. That's another reason that retailers are moving so quickly to get holiday displays set up long before Halloween.

To further spur holiday sales, many retailers will be opening so-called "pop-up" stores that will be in business only through mid-January. Rather than commit to long-term leases for permanent space, companies are taking advantage of cheap, vacant commercial real estate. For example, Toys R Us says it will open scores of "pop-up" stores around the country.

Store managers are hoping that if they can get the right merchandise at the right price into the right location, they may end up having a decent fourth quarter. Stephen Hoch, a professor of marketing at the University of Pennsylvania, said retailers are not expecting a wildly successful holiday season, but do think they can avoid huge losses.

"People have more of a mood that the bottom already has been reached," Hoch said.

"They are expecting sales to be flat to a little bit on the positive side," he said. After being in such a deep hole earlier this year, most are just glad "they are digging themselves out."